Trude Lamb was the recipient of the 2021 award for her activism during the summer of 2020 regarding her high school's former name. 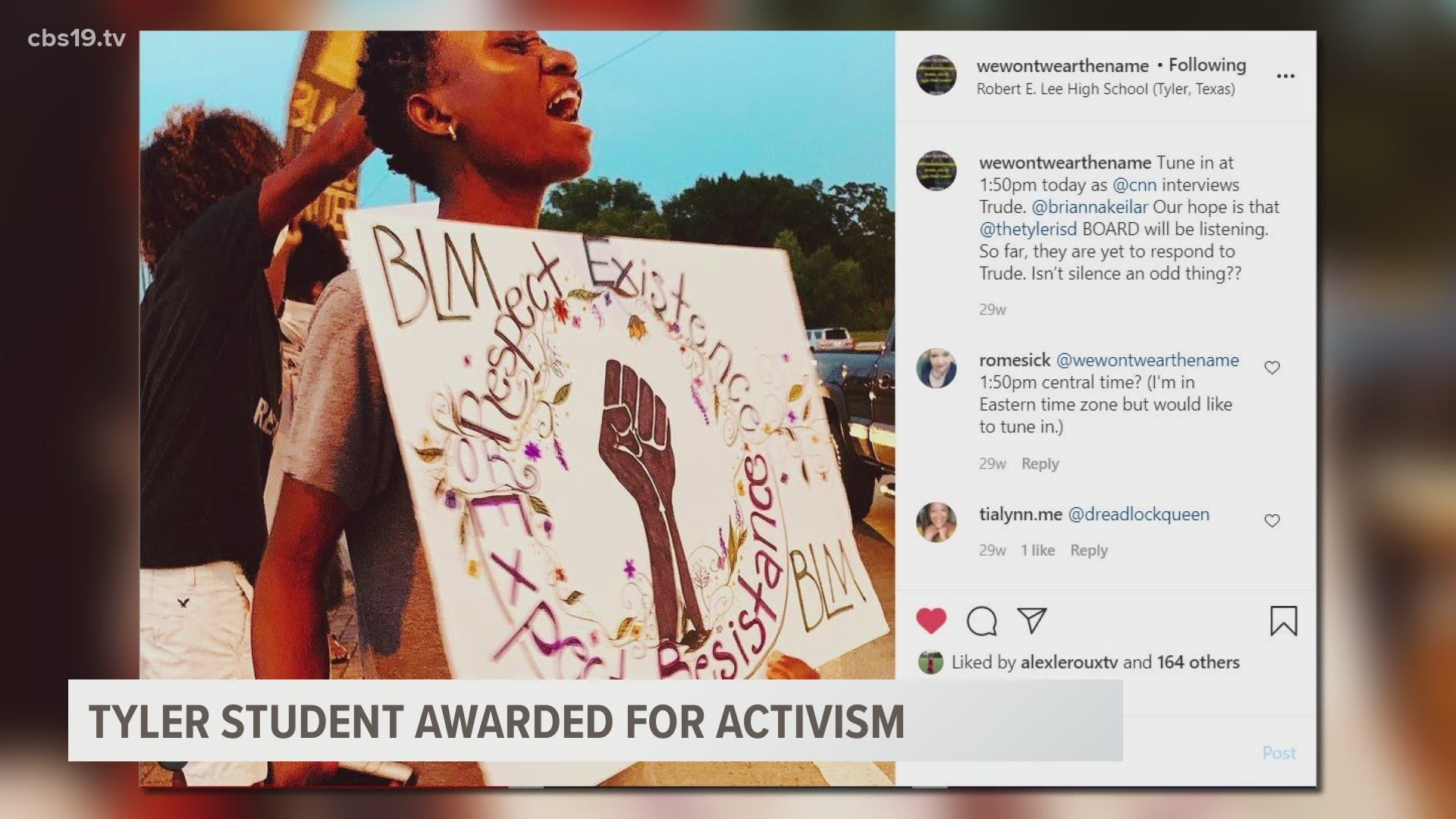 TYLER, Texas — As many people celebrated the life of Dr. Martin Luther King Jr. on Monday, a high school student was also honored for the impact her activism had on the Tyler community.

King left a legacy of nonviolent activism and each year the Tyler Race Relations Forum presents someone with the Reverend Jerome R. Milton Award for Non-Violent Social Change.

Trude Lamb was the recipient of the 2021 award for her activism during the summer of 2020 regarding her high school's former name, Robert E. Lee. The cross country and track athlete declared she would not wear the name while competing and sparked a movement with her fellow students.

The high school sophomore received the award during the Tyler Race Relation Forum's virtual MLK celebration Monday night. Pamela Phoenix the co-host of the event said Lamb was honored because of the way she stood up for her beliefs.

"She made history from a national perspective," Phoenix said. "What it has done is give young people the ability to know that I can do that. That if I see something that I feel is an injustice, not equal pertaining to me for some reason, that I have a right to stand up and say no."

Lamb's activism received attention from national news outlets and cast Tyler in the spotlight during the high school name change debate over the summer. Both of Tyler's high schools would go on to remove confederate names.

"That stigma has been removed, I think it refreshes us as a community and it encourages us that we can still, again, invoke change," Phoenix said.

Those who receive the Reverend Jerome R. Milton Award are recognized as outstanding leaders who demonstrated a willingness to see injustices and inequities and were willing to act or motivate others to effect change non-violently.

"As a result of her [Lamb] getting the award on this day, it really symbolically ties her to the type of movement like Dr. Martin Luther King exhibited, because he definitely spearheaded something and I wouldn't be surprised if we haven't seen the last of this young woman," Phoenix said.