Visit Tyler estimated as many as 400 travel nurses stayed in a local hotel. 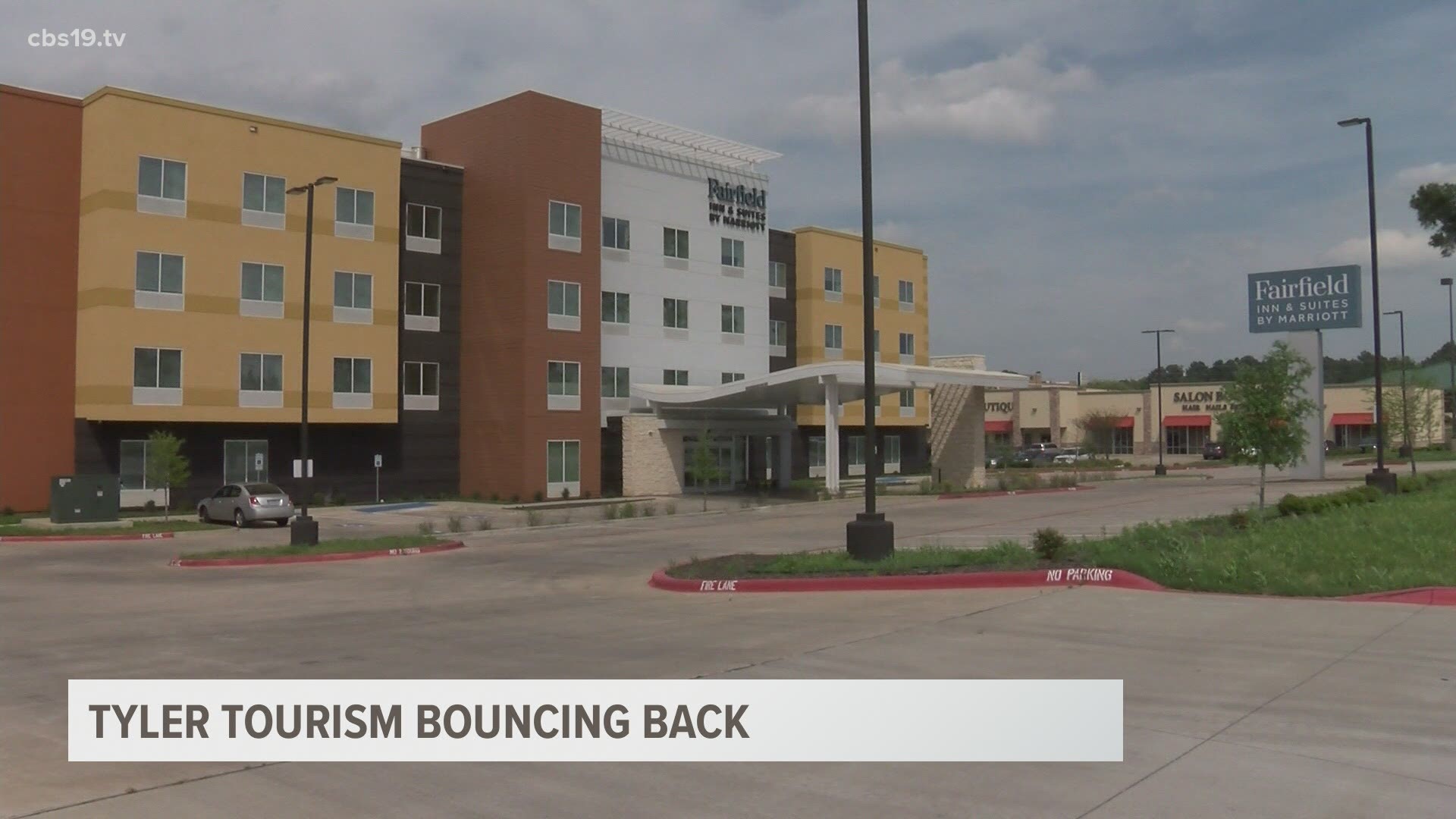 TYLER, Texas — The United States reported 2020 as the worst year in history for the hotel industry as the COVID-19 pandemic prevented many from traveling.

In the City of Tyler, there is a total of 3,253 sleeping rooms and last April, the city's hotel occupancy fell to its lowest level of 33%. But the following months, after travel restrictions were lifted, the Rose City saw visitors returning.

Shari Lee, president of Visit Tyler, said the hotel economy's recovery was slow, but last month the occupancy rate was at 80% citywide.

"We're seeing that occupancies in January, February and March, have in some cases surpassed what we saw, you know, the year previous and even the year previous for that," Lee said. "So we [Tyler] are fortunate."

During the first year of the pandemic, many hotel rooms were occupied by healthcare workers. Visit Tyler estimated as many as 400 travel nurses stayed in one.

Now, Lee said the city is seeing fewer healthcare professionals and more other travelers making their way to Tyler.

"We're seeing a strong corporate travel comeback, we're seeing a lot of new businesses that are looking at coming to town," Lee explained. "And our travelers on the weekends are those that are driving in, they want to be outdoors, they are going into our parks, spending time in the sunshine and of course at the Rose Garden."

Spring and fall are the busiest seasons in Tyler with the Azalea Trail and Rose Festival taking place. But she said with summer approaching, many people have been reaching out to the Visit Tyler office.

Lee said some of the areas bringing people to the rose city besides its parks, include the downtown area as well as sporting and outdoor activities.

"We're finding that families are wanting to get out, they've been pent up," Lee said. "And we have the adventure pass, you know, the extreme experiences like the zip lines and the skeet shooting and then you know, just the full gamut that people are interested in now."

The amount of people who visit and stay in a city is important because those taxes are used to help fund city services. Visit Tyler estimated without tourism funds, every household in Tyler would see a property tax increase of $624 to maintain the same level of public services supported by the city and state governments.