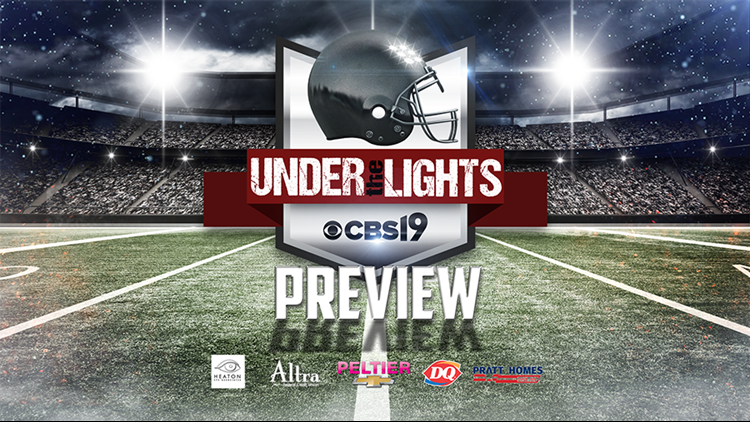 Under the Lights Preview: Week 3

As the third week of high school football begins in Texas, teams across the state are hoping to make statements as they get ready to enter league play.

Our first game features Lindale visiting Van. Both teams have one win and one loss. Both hope to gain momentum heading into the mid-season.

Lindale comes into the game after narrowly defeating Forney 31-27.

The Eagles have had no problems putting up points this season, scoring 33 and 31 points in their first two games against Kaufman and Forney. However, Lindale's defense gave up a combined 79 points.

Meanwhile, Van is coming off a disappointing 42-41 loss, one week after a dominating 34-7 win over Alvarado.

Like Lindale, the Vandals have questions on defense. Last week, Van gave up 256 yards passing and 189 yards on the ground. However, it was to a Gilmer team that gained more than 500 yards against Atlanta in their opener.

Meanwhile, in their season opener, Van allowed a mere 154 yards of offense against Alvarado.

Our second game features West Rusk at Harmony with both teams looking to stay undefeated before district games begin.

West Rusk is coming off a nail biting 18-17 win over Waskom last week. Senior quarterback LaJavius Harper struggled, completing only five of his 14 passes for 94 yards.

But when it mattered the most, Harper made the winning play. With about three minutes to go, down 12-17, Harper completed a pass to Talon Winings for a 74-yard go-ahead touchdown.

However, the ground game is much strong, with the Raiders putting up 384 yards on the ground in their two games.

Meanwhile, Harmony is coming off a 42-21 victory over Elysian Fields, their second win of more than 20 points.

Senior running back Barrett Hill had a monster game against the Yellow Jackets, putting up 257 yards on 21 rushes. He also was responsible for three of the Eagles' six touchdowns.

In their first two weeks, Harmony's rushing game has seemingly been an irresistible force, responsible for nearly 1,000 yards and ten touchdowns.

Our final candidate for Game of the Week features Bishop Gorman (2-0) taking on Tenaha (1-1).

Bishop Gorman comes into the game following a 54-42 win over Fort Worth Christian.

Senior quarterback Jake Smith has been superb in two games, totaling 726 yards and eight touchdowns. In last week's win, Smith had a QBR of 157.9.

However, the Crusaders have given up a total of 83 points on the defensive side of the ball.

Tenaha comes into the game after a 14-2 victory over Lovelady.

Offensively, the Tigers put up a respectable 297 yards of offense. However, in their previous game, a 42-39 loss against Troup, Tenaha had more than 400 yards of total offense.

But the real question will be can the same defense that did not give up a single point against Lovelady have similar success against Bishop Gorman?

You can vote here to determine which of these games will be our Game of the Week.

Then, tune into Under the Lights Friday night at 11 p.m. on the CW. The full show will re-air Saturday before coverage of the SEC on CBS. You can catch an abbreviated version Friday night at 10:20 on CBS 19.

You can also watch the full show online on the CBS 19 Facebook page and cbs19.tv