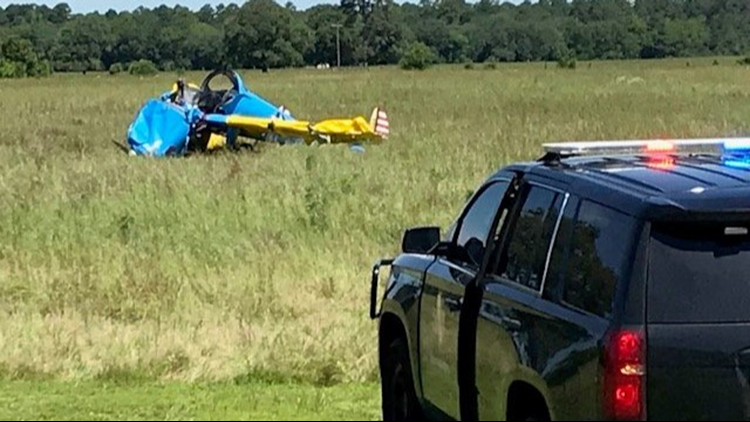 According to the Texas Department of Public Safety, the single-engine plane went down near 2426 Farm-to-Market Road 2869, behind Holly Lake Car Care. The crash site is directly across from the Holly Lake Ranch Airport, a private airpark in the area.

Holly Lake Volunteer Fire Department Assistant Chief Bill Bollinger says his department was called to the scene of the crash around 8:55 a.m. The plane was making its final approach to the Holly Lake Ranch Airport, which was the home base for the aircraft, when it went down, according to Assistant Chief Bollinger.

Officials discovered two people, the pilot and a passenger, in the plane. First responders were able to use the "jaws of life" to remove the occupants before they were taken to a local hospital. The extent of injuries the pair sustained is unknown at this time.

Officials tell CBS19 the plane is leaking fuel and a perimeter has been set up in case a fire starts.

The plane was identified as an Ercoupe 415-C registered to Willie Herman Vawter, 88, of Hawkins, according to Federal Aviation Administration (FAA) records.

The FAA and the National Transportation Safety Board (NTSB) will lead the investigation into the crash. The FAA arrived at the scene Thursday afternoon.

CBS19 has a crew on scene and we will update this article as more information becomes available.