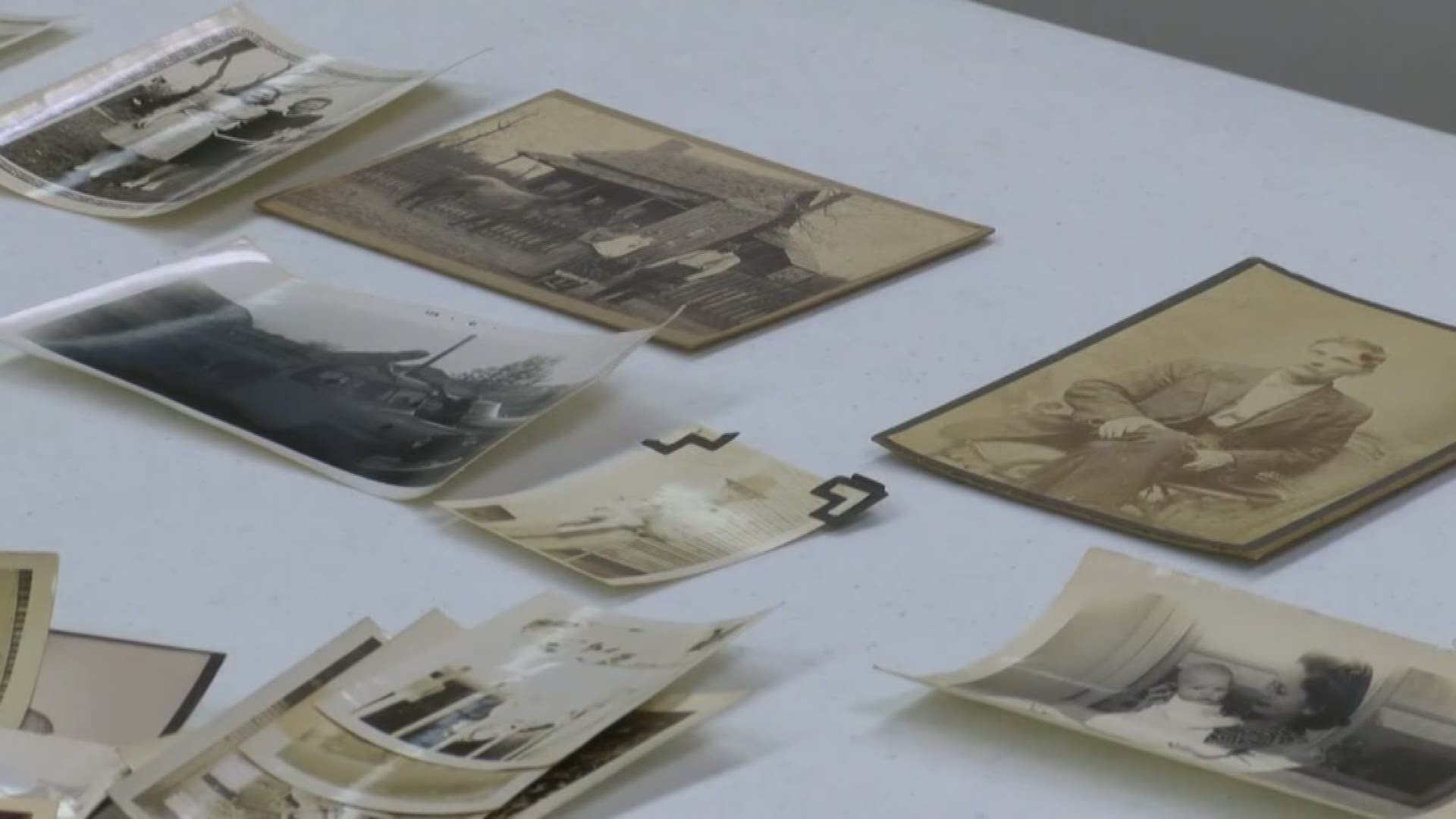 CANTON — UPDATE: The owner of the photos in a dirty, water-stained box has been found.

Canton Mayor Lou Ann Everett received a message from an Emory woman who thought the pictures might be hers, and they were!

Mayor Everett is working to get the photos back to the woman. We will keep you updated on this story.

People continue to clean-up the damage left behind by tornadoes Saturday, and some are finding precious family memories among the debris.

Canton city leaders are working to reunite people with the photos that blew away in the storm.

Photos found in the days since have been taken to the city’s old city hall building downtown -- where people are also coming to retrieve lost items.

“Tornadoes are so crazy,” said Canton Mayor Lou Ann Everett. “After everything I’ve seen, I would think anything is possible.”

“It had not been opened in a very long time,” said Everett.

Inside, they found dozens of family photos, and who they belong to remains a mystery.

“We are thinking very possibly it is some of the debris that came down in somebody's yard,” said Everett.

Top of the photo-filled box found outside the Van Zandt County Library on Wednesday morning.

The outside of the box reads “Uncle Stanley and Aunt Keith.” The address “900 N Walnut, Winnsboro, Texas” is also written on it.

“The first thing we found on the top [inside] was an obituary which kind of gave us an idea, but again, it was so old,” said Everett.

The obituary was for William Jefferson Orear, 74. While his exact year of birth is not known, Orear got married in 1880.

Obituary for William Jefferson Orear found inside the box

Mayor Everett believes the most recent photo, showing a man wearing Hawaiian leis, was taken in the 1970s.

“I love genealogy,” said Everett. “I love my family history and somebody should be loving these pictures.”

She believes the family memories could bring comfort on the long road ahead.

“This is a very minor thing to most people whenever you consider you've lost your house,” said Everett. “Once you kind of recover you’re going to start grieving: ‘Where are these things. What happened to them?’”

Do you recognize these photos?

1 / 15
On Wednesday morning, Van Zandt County Library employees arrived to a dirty, water-stained box with dozens of family photos on the doorstep.

Everett asks the owners of the box, or anyone with information about it, to contact her.

Small lost-and-found items, including photos, can be delivered and recovered at the old Canton City Hall building located on Tyler Street.

If you’d like to help tornado victims with a monetary donation, click here for information on how you can donate.