In Texas, more than 1.4 million voters under the age of 30 cast a ballot during early voting. 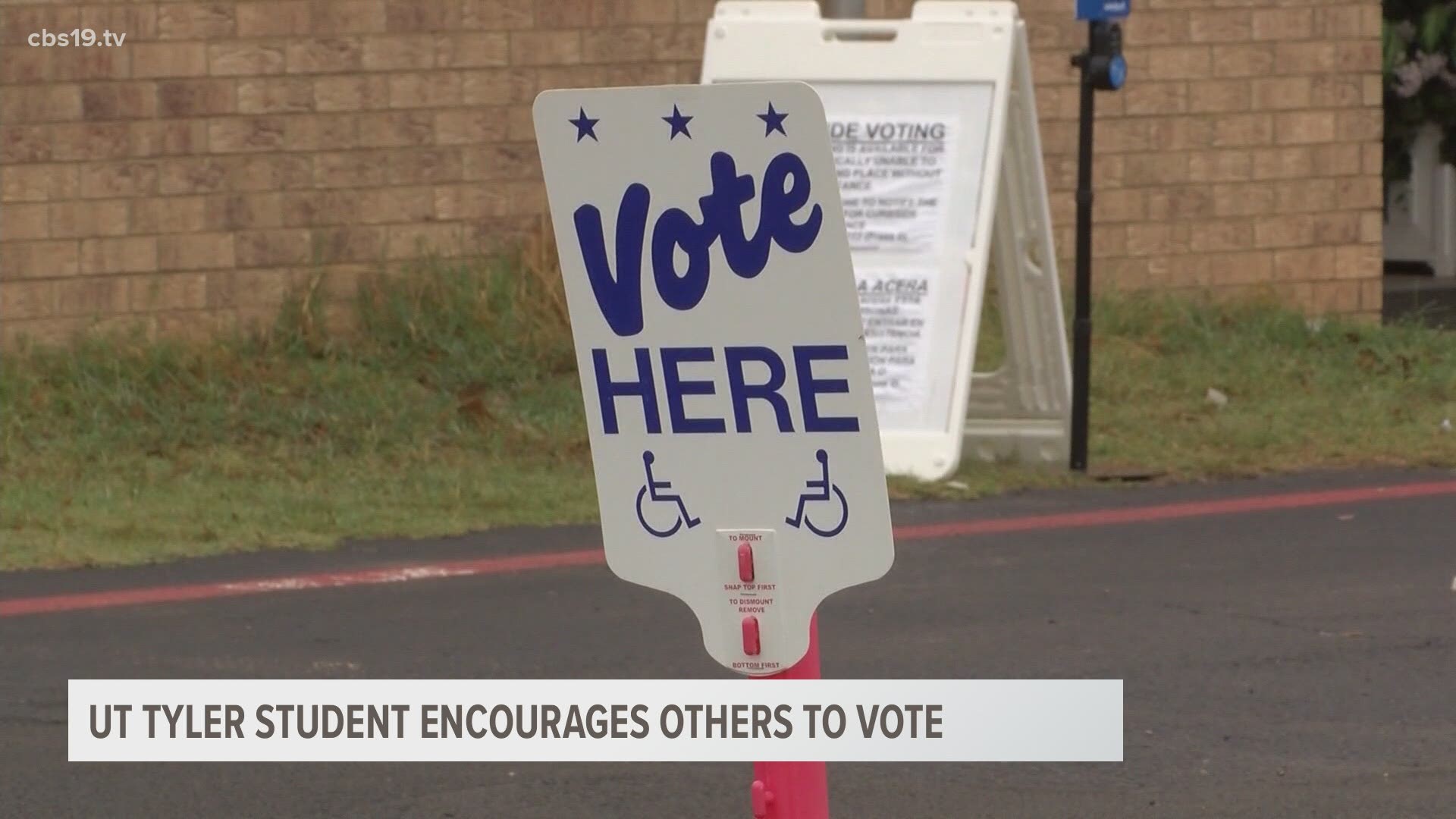 TYLER, Texas — In Texas, more than 1.4 million voters under the age of 30 cast a ballot during early voting. That's a bigger turnout for the age group already compared to the 2016 presidential race, according to multiple voter tracking projects.

Tyler Russell, a junior at the University of Texas at Tyler, says he was inspired to vote in his first presidential election because of the events that have taken place over this year.

"Like the pandemic, the George Floyd incident and the protest after that, so I think there's definitely a real call for like, actually tackling these important issues like racial justice," he said.

Russell cast his ballot during the second day of early voting to ensure his voice would be heard. As a college student himself, he understands how difficult it can be to find the time to go vote.

"Between work and school, we've just got like a million different things to do," Russell said. "We need to make sure that students are informed."

On Tuesday, Russell and some others plan to be on the UT Tyler campus and the UT Ornelas Center, a polling location across from the university, from 7 a.m. until 1:30 p.m.

"To actually reach these students and let them know where the polling places are, what they need to bring, all that kind of stuff," he said. "I think our generation kind of just gets written off as like, not doing these important civic duties, but I think this election has shown that we are stepping up to the plate."

Russell says others are welcome to join his group on campus or at the polling location. He can be reached at 903-987-5012.

RELATED: EAST TEXAS ELECTION EXPERTS: Everything you need to know about voting in East Texas