VERIFY: Why are we seeing more named storms develop earlier in the year?

Chief Meteorologist Joel Barnes verifies why we are likely seeing more storms develop early in the hurricane season, then in the past. 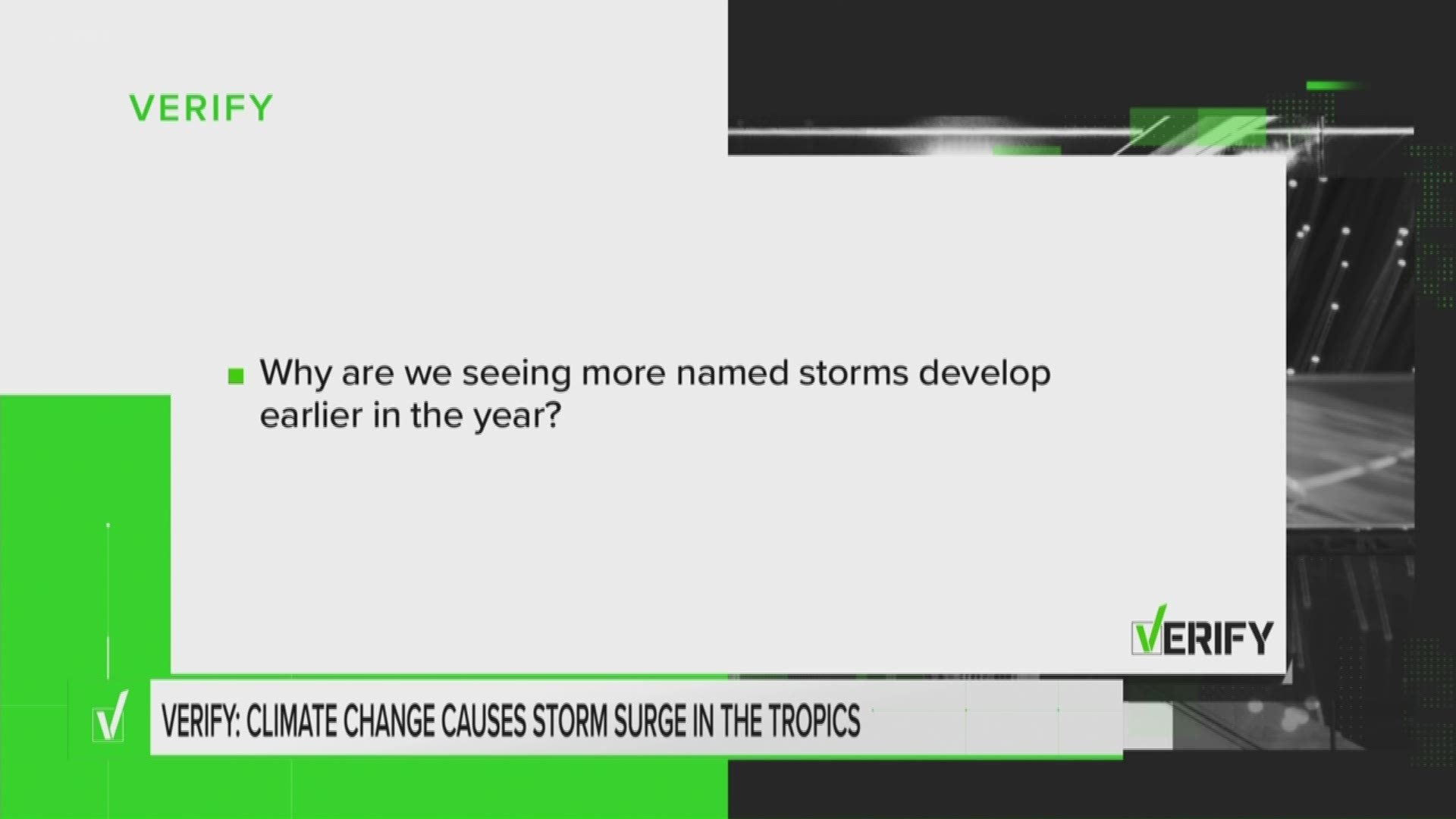 If you have noticed there have been more tropical storms this year, then you're spot on, but do you know why?

Chief Meteorologist Joel Barnes verifies why we are likely seeing more storms develop early in the hurricane season, then in the past.

So far in 2020, we recorded our seventh named storm, Gonzalo, in the Atlantic Basin on July 22. The previous record for a seventh named storm was August 1, 2005. The year we saw both Hurricanes Katrina, that hit New Orleans, and Rita, which was the most intense tropical cyclone on record in the Gulf of Mexico.

Over 60% of names storm have been recorded in those two months. We typically see just 15% of the storms develop before August 1. So, this could be shaping up to be a long season for people who live along the Gulf Coast.

So, why is this year so different, what is happening and what is most likely to blame?

To answer this, you need to understand what tropical storm systems need to be able to form.  For tropical systems you need a trigger, a weak low pressure system or a cluster of thunderstorms.

As these storms develop, they create an updraft, like a vacuum under them to craw up the moisture around them. Unlike the development of supercells and tornadoes, the require little vertical wind sheer.

Wind sheer is the change in the wind direction from the surface to the jet stream. Hurricanes form better the further they typically are away from the jet stream. Even if storms have the first two conditions, they must have this third one. The most important thing for them to form is warm water. Ocean temperatures of at least 80 degrees are required to sustain a tropical storm. The higher the water temperature, the stronger the storms can become.

Think of it as octane fuel for a dragster. If you run a car on 85 octane, it can only go so fast, but if you run it on rocket fuel, with 100 octane, the car can maximize it's speed.

The same concept exists for ocean temperatures for a hurricane. Although, the reasons for climate change are still being debated in scientific communities, the fact that temperatures are rising, is a scientific fact.

So, we can verify that not only is climate change leading to an increase in the amount of tropical storms we see develop early in the season, we are also going to see stronger and more hurricanes if sea surface temperatures continue to climb.