A monument was found vandalized at a veteran plaza in Longview. 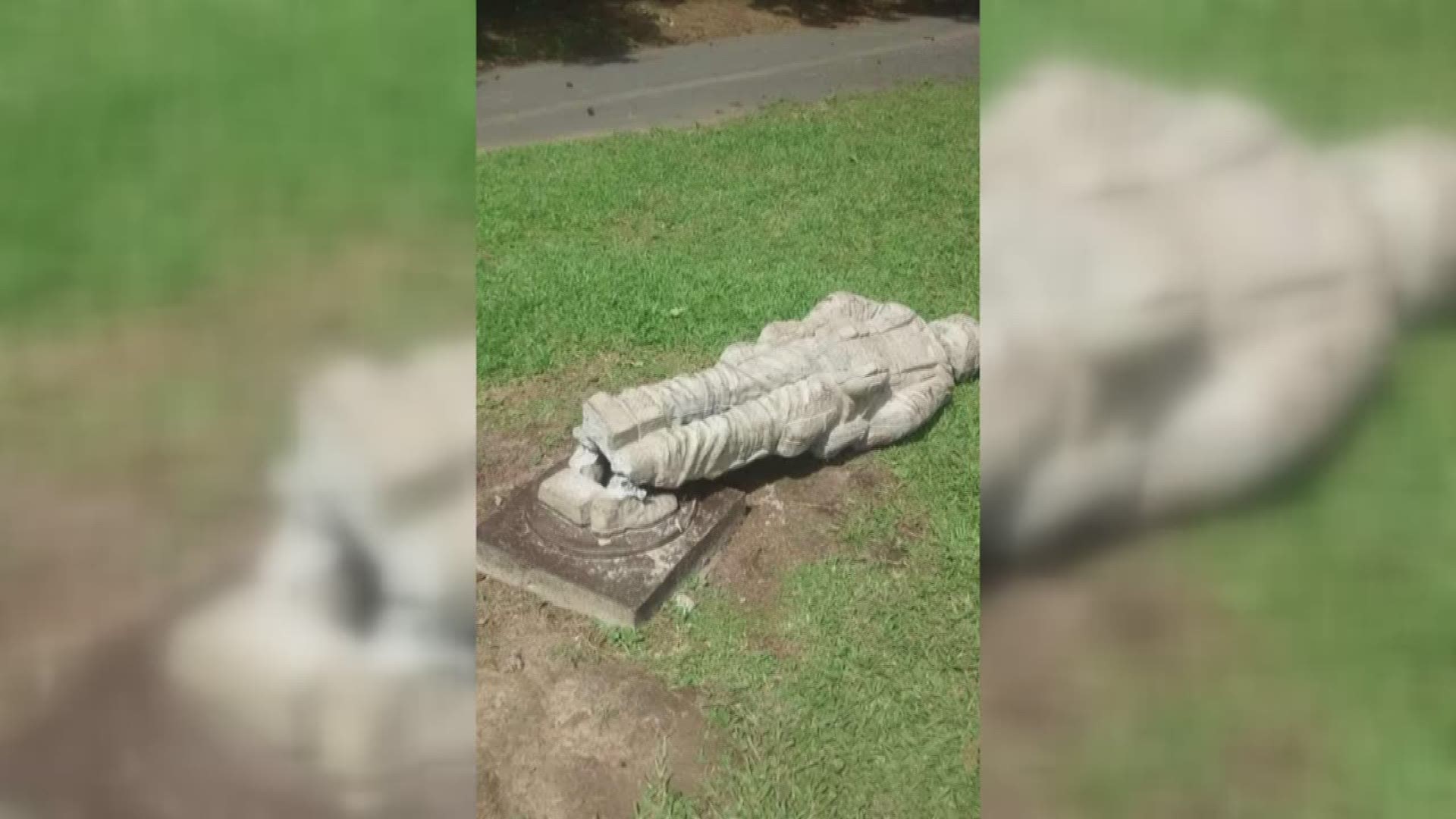 LONGVIEW - Visitors should expect two statues of soldiers standing guard at the veteran's plaza. However, one of them was found broken off by the ankles, face down. To Sherri Kruger, the plaza is more than a sight to visit. She adopted it in memory of her husband.

"This is a memorial," Kruger said. "They're disgracing our military by doing this."

Kruger said the act was compared to doing the same thing to a actual military person. Every other day, she tries to keep the park presentable. She said the sight of seeing veteran property damaged is disgusting to her. Kruger believes it's showing disgrace to the monuments.

"I don't want to see it," Kruger said, hoping something like this won't happen again when she strolls around the park again. "This park is everything to me."

Money for the monuments at the veteran's plaza is generated from donations. Police are looking into it as an act of vandalism. The veteran's plaza organization said it would cost one thousand to sculpt another monument. However, donations are accepted.