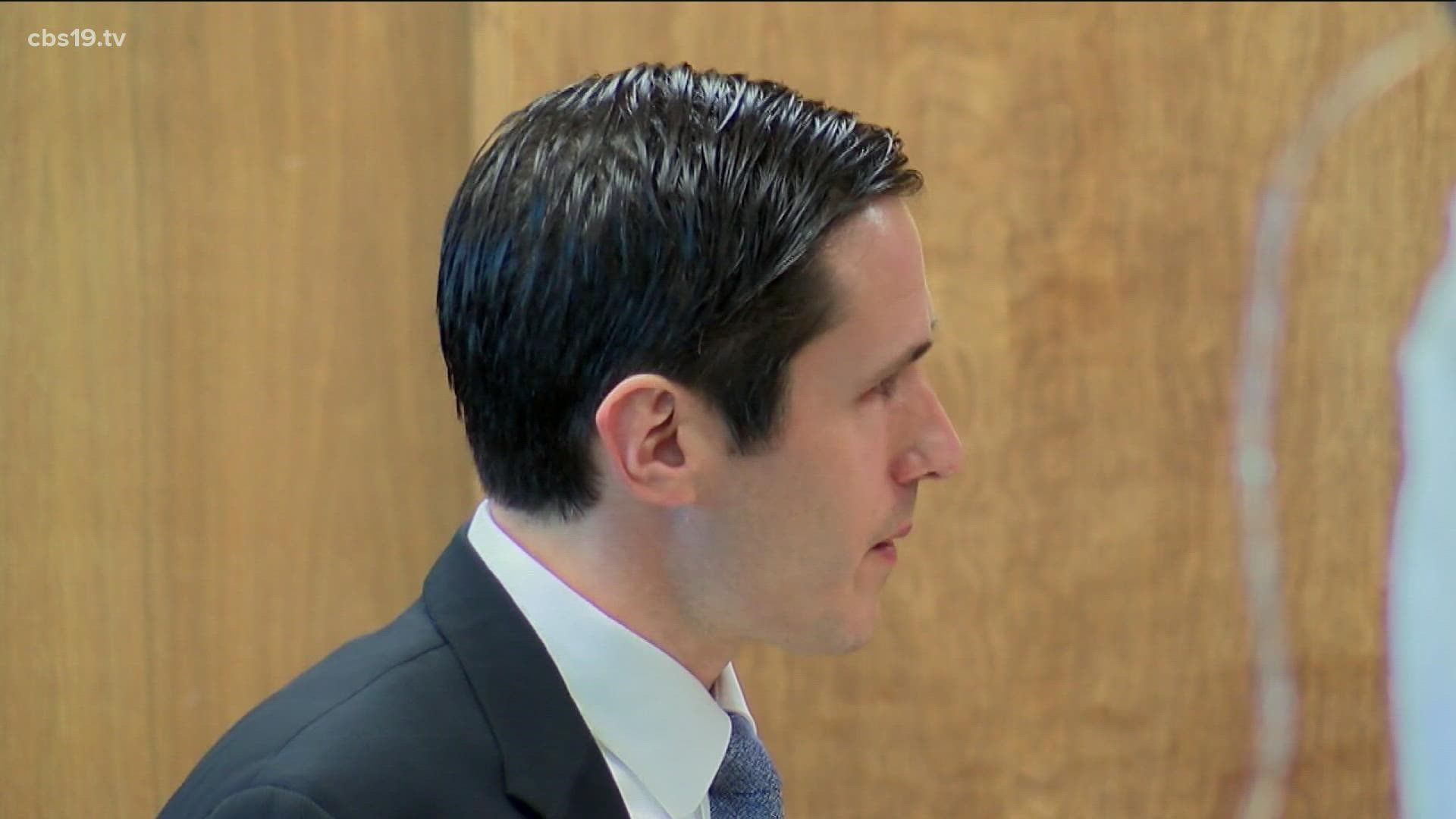 TYLER, Texas — Security video shown to a jury Thursday revealed William George Davis, a former East Texas nurse accused of killing four patients at a Tyler hospital, was in a patient's room minutes before the patient began to have complications that led to brain damage.

Davis, 37, of Hallsville, who is charged with capital murder of multiple people, is accused of introducing air into patients’ arterial systems while he was a nurse at Christus Trinity Mother Frances Louis and Peaches Owen Heart Hospital in Tyler, causing their deaths, according to 2018 and 2021 indictments. The victims named in the documents are John Lafferty, Ronald Clark, Christopher Greenaway and Joseph Kalina.