A Cedar Park woman is suing Walmart after she says she was cut by a razor blade lodged in her shopping cart. 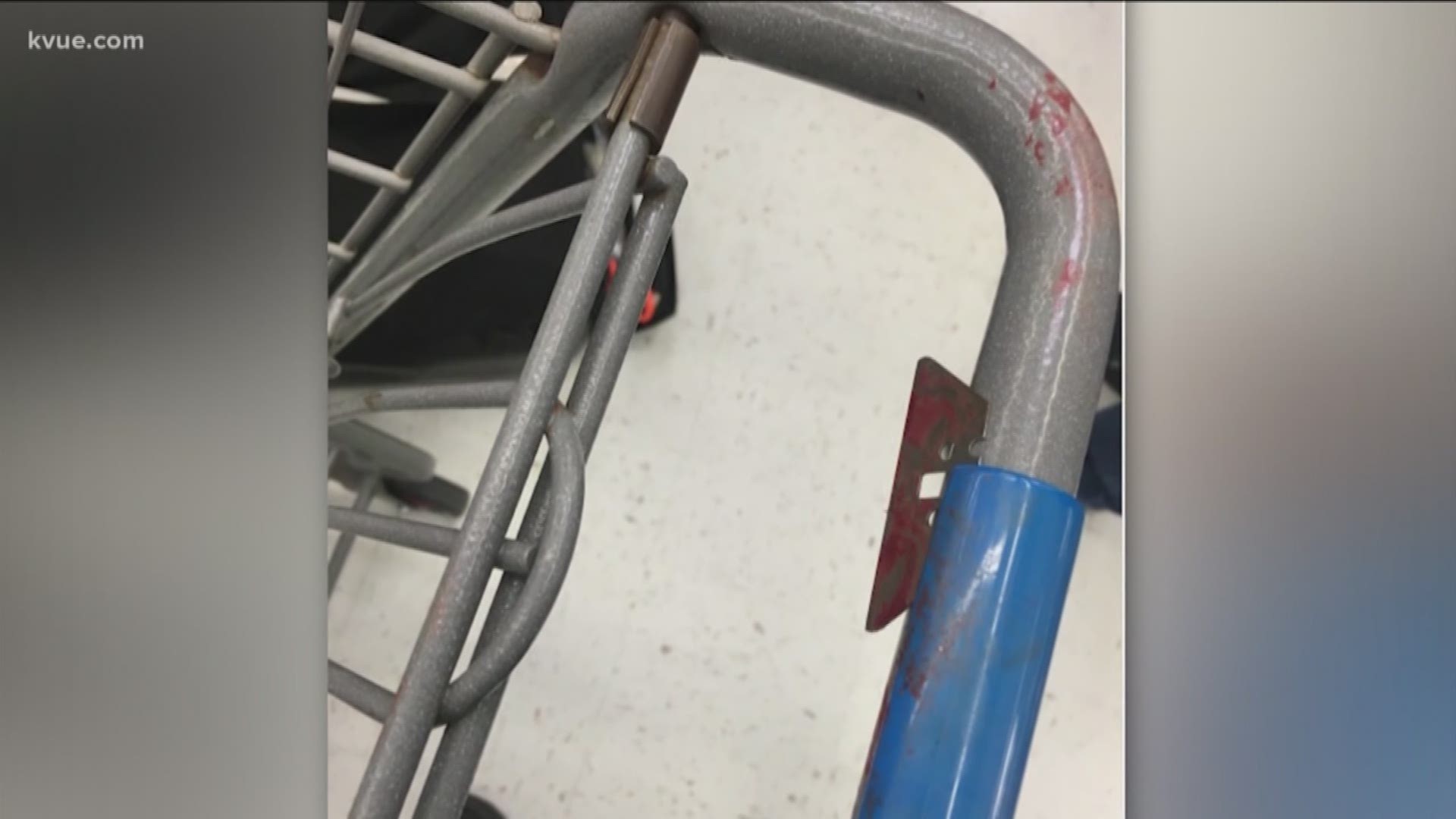 Cedar Park resident Silver Taylor never thought she had to check under store's cart for something like a razor blade ... until Nov. 13 when she said a blade cut her several times at the Walmart located on 201 Walton Way.

“I had several cuts to my hands and at that point. I had lost so much blood I lost consciousness," said Taylor. “[I had] large lacerations on my hands. I also hit my head pretty hard and I fell hard on my back.”

Taylor said she didn't even notice until someone else pointed out the blood on her hands. The incident put her in the hospital and now she's dealing with a slow recovery.

"I can't do normal things, so I feel helpless. I didn't get to make Thanksgiving dinner. That's not fair. It's not fair," said Taylor.

Taylor is a mom who runs a lot of errands, and after this incident, she said feels helpless.

“No, I’m not OK," Taylor said. "I’m not OK at all. I feel like a failure to my children because I’m such a rock in my household. My tools are broken. My tools are injured. I’m a mom. I’m a wife and I can’t do the smallest things, like open up a refrigerator door.”

Taylor filed a claim against Walmart for premise liability and negligence, but she said she wants something more.

"I'd like an 'I'm sorry.' I'd like Walmart to not treat me as a blanket statement of all their other injuries that have happened in their stores. I'm a human being," said Taylor.

"It's not just one consumer or a few consumers, Wurster said. "This is a person that goes in that is a patron of their business and they need to be more proactive than reactive. Is it really going to have to take someone dying over this or a fatal wound before changes actually occur?"

“The safety of our customers and associates is always a top priority. We completed a thorough investigation and have been unable to substantiate Ms. Taylor’s claims.”

Here's a Longhorns game day in the life of BEVO XV

After 41 years in San Marcos, Paper Bear will close its doors