'We're not monsters': Border patrol agents say they are being harassed, threatened

As a precaution, agents are now taking off their uniforms before they head home from work. 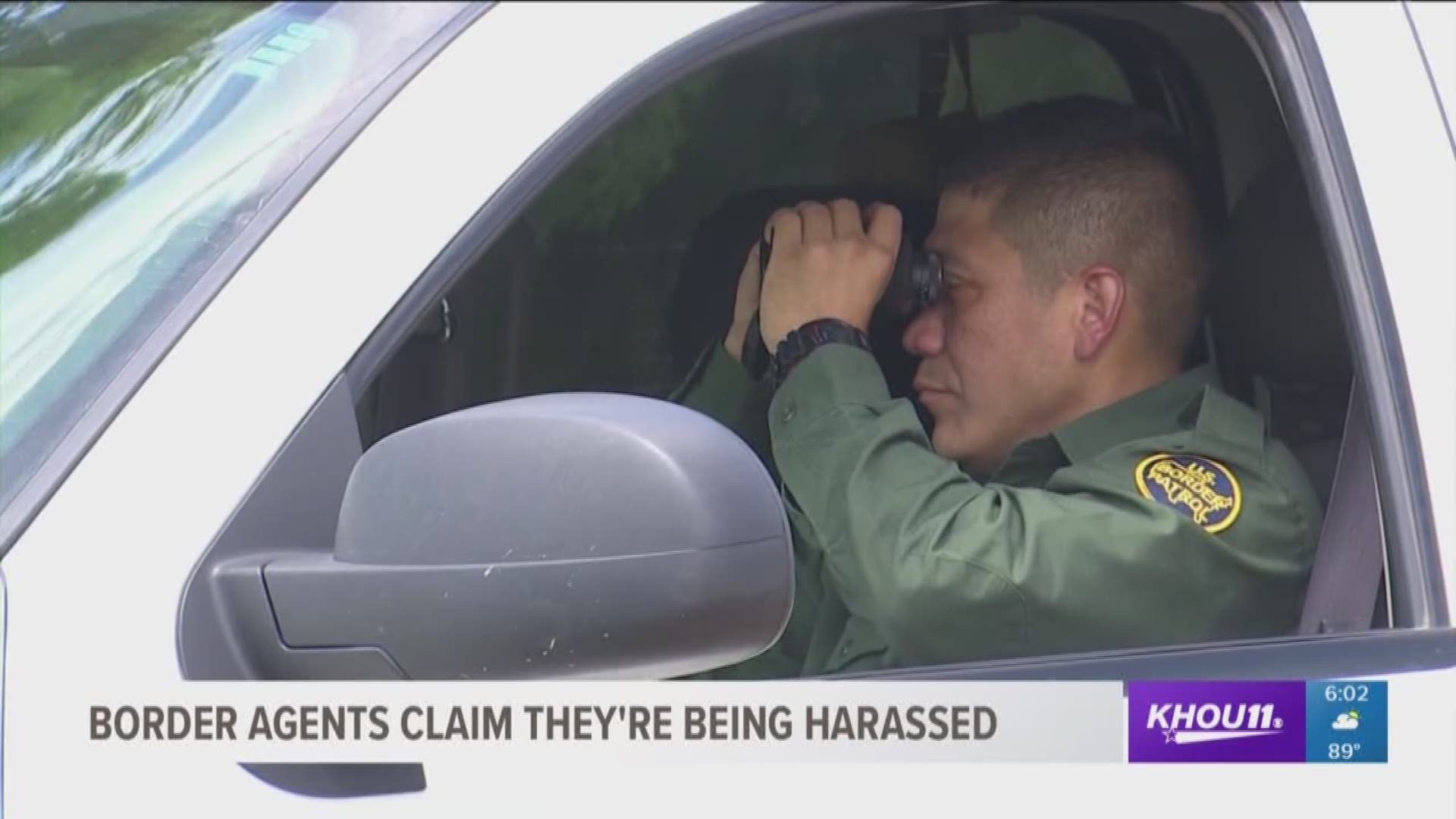 MCALLEN, Texas - While lawmakers continue to drag their feet on a solution, some border patrol agents say they are getting dragged through the mud.

The crisis at the Texas/Mexico border continues as thousands of people wait to be processed at facilities. And with all the backlash, agents say they are getting harassed for just doing their jobs.

One agent told KHOU 11 someone followed him home and threatened to kidnap his kids.

Another agent was recognized at a local store and said someone told him he wasn’t American and should be ashamed.

Right now, the job of a border patrol agent is thankless, tough, and even more dangerous than ever before.

"We’re definitely empathetic with their plight. We’re not monsters. We’re not here to hurt anybody. We’re here to help people out while still doing our job." said Luis Rocha, a border patrol agent.

As a precaution, agents are now taking off their uniforms before they head home from work.

"This, as a matter of fact, is not the first time I’ve seen a surge. Being at this station for 17 years, I’ve seen several of these surges." said Rocha.

Rocha was here along the Rio Grande in 2013 when a wave of Central Americans flooded the valley.

"We have to stay positive." he said.

Except this time, protestors are rushing to the child processing center in McAllen.

And last weekend, the crowd became so aggressive, they were blocking buses with their bodies and yelling and harassing border patrol agents who were just trying to do their jobs.

"We have to uphold the laws that we swore to protect. Putting on this uniform is no joke. Obviously, this badge that I have here on my chest, weighs 3,000 pounds, so to speak. A lot of responsibilities come with this badge, and this uniform." said Rocha.

The job already comes with dangerous risks because not everyone who crosses into the US illegally wants to get caught.

MS-13 gang members were apprehended earlier this week; 62 people were just pulled from a stash house; and a 4-month old baby was rescued after a Honduran man admitted the baby wasn’t his but he was using the child to avoid deportation.

"So when you come across these family units on this side of the border, as an EMT, what kind of physical conditions are they in?" asked a reporter.

"Often times, these people have been staged in stash houses, and again, they made that treacherous journey for weeks, sometimes even months. Sometimes, the folks that we come across, they haven’t eaten in days. They haven’t had a sip of water in days." Rocha said.

He has saved lives, saved dogs, and just last week, helped to save 300 South Texans from flooded homes.

He said he'd gladly do it again, "without thinking twice, absolutely because we’re going to continue to do our job for the public, for the nation, and for our agency."