"They have a monopoly for this area. So you just have to live with it." 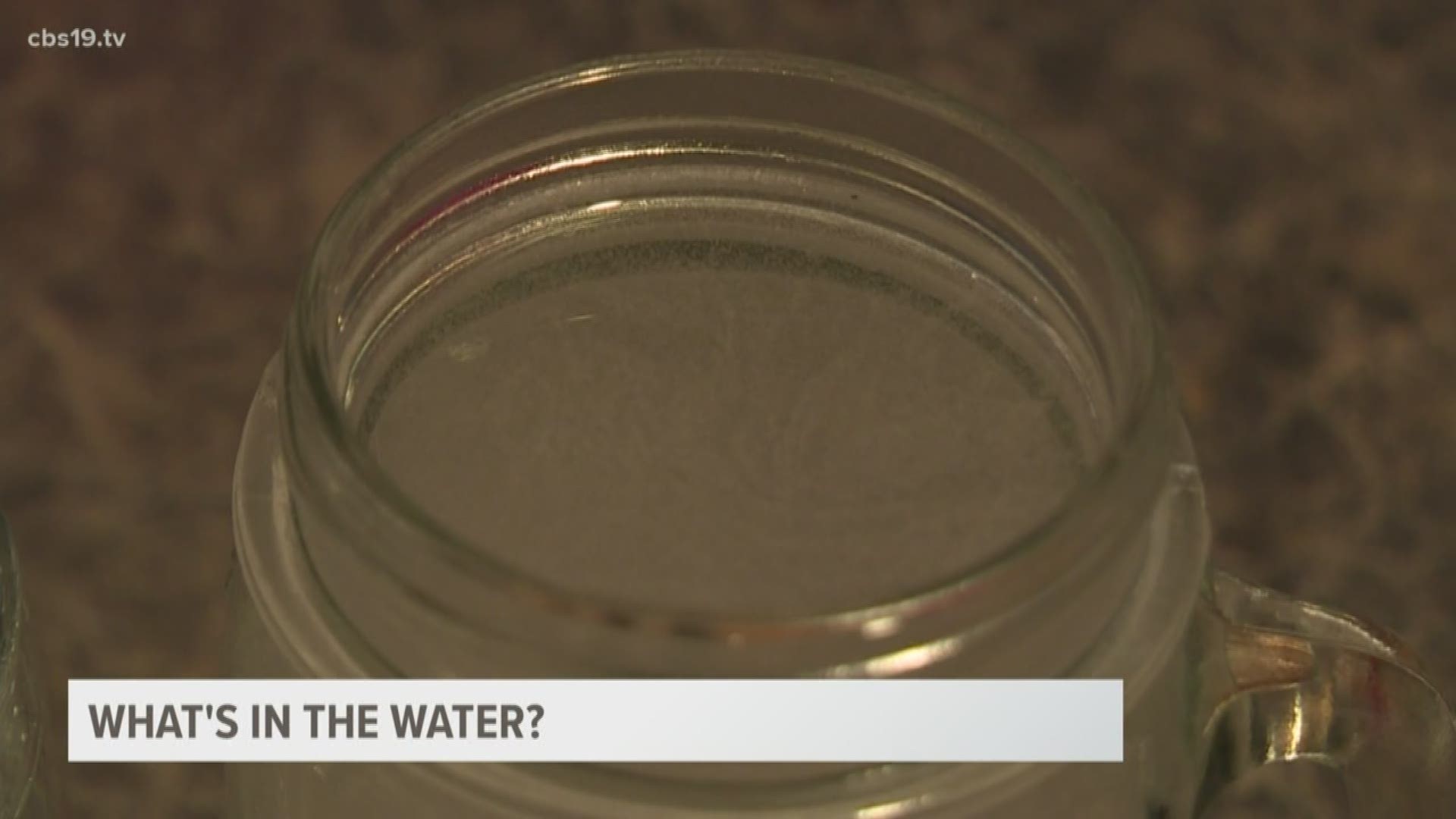 There are three systems Aqua uses to supply water to the area: Phoenix Water Supply, Corrizo Water System, and Lake Palestine Water System. All three get their water from wells and serve more than 2,000 homes.

Lonnora Swinburne has lived in the Forest Grove community in Chandler for about a year. She says the water quality is less than ideal.

"The only one available was Aqua," Swinburne said. "I never would have moved here if I'd known there was going to be a water problem."

"I'm afraid of it," Corrizo said. "I'm on a fixed income and I'm elderly and disabled and I have to pay extra to have clean drinking water"

On Nov. 9, Swinburne says she lost her water pressure but was not given a notice until Nov. 11.

"The people I talked to [said] they'd been using the water, drinking the water, brushing their teeth," Swinburne explained. "The notice said 'Don't wash your face, your hands, brush your teeth, don't cook with it.'"

Darryl Waldock, the northern area manager for Aqua Texas, confirmed there was a loss of pressure in the system Nov. 9.

"And then on Sunday morning we fixed the valve and everything went back to normal," Waldock said. "We'd like to have gotten [the boil water notice] out Sunday, but it just didn't happen."

Carthil Leaton, who lives in the Pecan Ridge neighborhood, says he has been a customer of the Phoenix Water System for 13 years. He says he also received the notice on Nov. 11.

"It just seems like there's a loss of pressure and broken pipe someplace," Leaton said. "I say, at least maybe half a dozen times a year, you know, that we get a notice and to boil our water."

Waldock says he was not sure why Phoenix customers like Leaton would have received the notice. However, Leaton says his concern is not that he got the notice, but the process that goes into notifying customers.

"For the incident in May of 2018," Leaton remembered, "there was no sign put up or anything here for 21 hours. So it was left up to us who lived here to call around and notify our neighbors."

According to the Texas Commission on Environmental Quality (TCEQ), water utility companies must notify customers in 24 hours of a boil water notice through radio, television, newspaper or posting a notice in the company's service area.

"As soon as we control the problem and we know what it is, we have to put the signs out to notify people," Waldock said.

CBS 19's Payton Weidman tested the water at Lonnora Swinburne's home two days after the notice was lifted. The water sat for 10 minutes and was still bubbling.

Wadlock says that is not unusual for the first few minutes after a glass of water is poured.

"It's just air in the water from the turbulence that's getting flushed back out," Wadlock said.

However, another glass sat for 35 minutes, and the number of bubbles grew.

Wadlock said he was not sure what was causing the problem.

However, he says the company is working on what may be a long-term solution to the frequent boil water notices in the Forest Grove area: A new well.

"The water well, that we're talking about finishing up here soon, is in the heart of the subdivision and can supply that tank," Wadlock explained. "The big tanks where it's at [is a] 84,000 gallon tank. And so this pressure issue should be resolved once this well comes online."

As for the Pecan Ridge community, Wadlock says many of the issues comes from the large area the Phoenix system covers.

"We obviously want to get to the issues as quickly as we can," Wadlock said. "But sometimes the leaks can be hard to find."

Wadlock says customers with issues should call the company's customer service line at 877-987-2782.

A Google search of Aqua Water Inc. in the area pulls up a local operation center, which Wadlock says the people there will not be able to directly assist customers' problems.

"This [Chandler office] is not a customer service office," Wadlock explained. "Somebody's not going to be there necessarily."

For complaints, customers are still urged to call the customer service number, which goes to a national Aqua Water call center.

"The supervisor for the area will call back if he's available," Wadlock says.

Some customers like Swinburne and Leaton say they feel helpless that calling is the only action they can take.

"They have a monopoly for this area," Leaton said. "So you just have to live with it."

Meanwhile, TCEQ is investigating both the Corrizo and Phoenix systems. The investigations have not found any health violations.