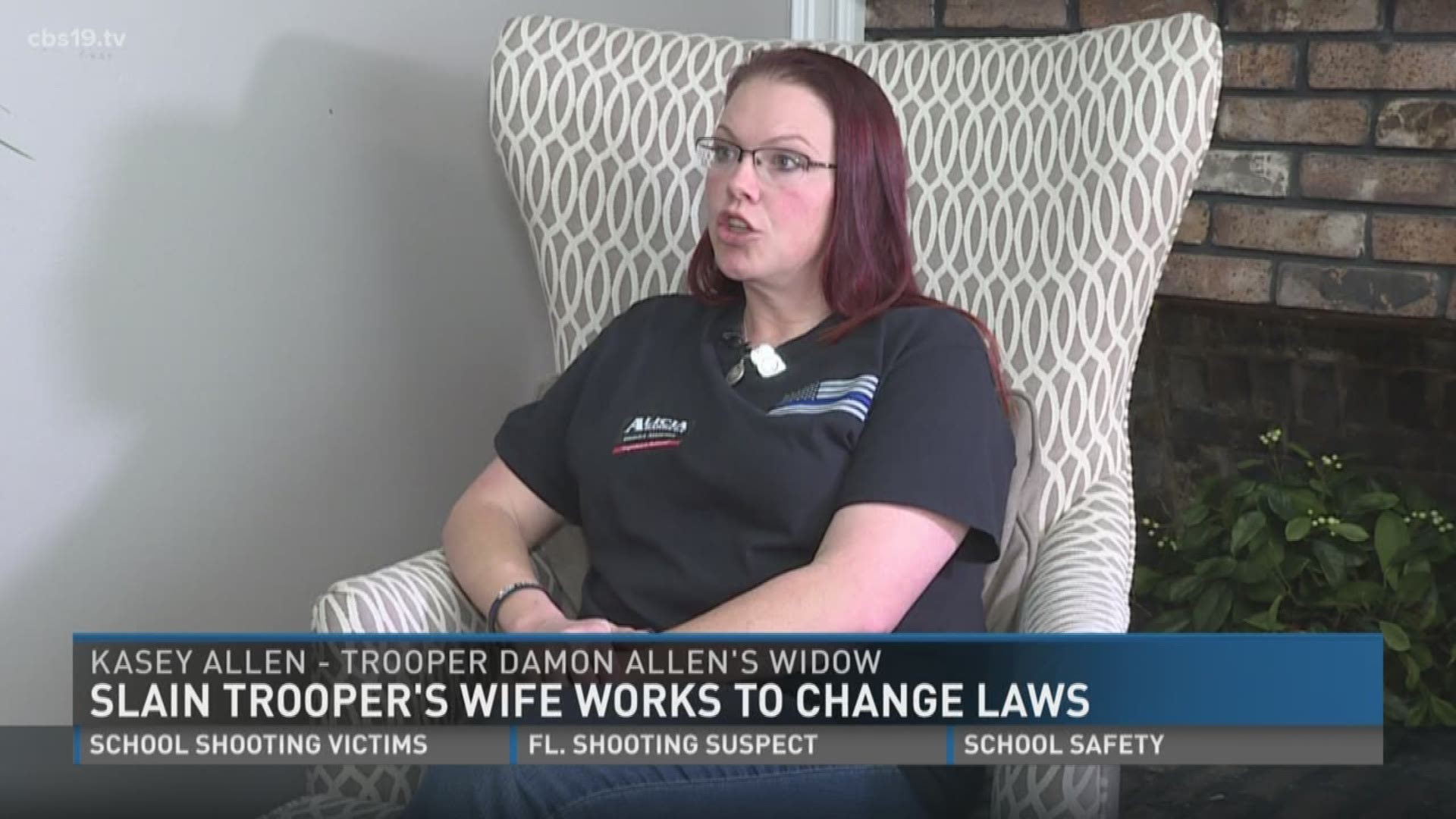 Texas State Trooper Damon Allen was killed during a traffic stop on Thanksgiving Day in 2017.

Allen said her world was turned upside down when she found out her husband, Trooper Allen, had been shot and killed during a traffic stop.

Dabrett Black is charged with Trooper Allen’s murder. Black was convicted of assaulting a Smith County Deputy in 2015 but had his charges reduced from a felony to a misdemeanor and was released after only serving one year in jail.

In 2017 Black was arrested again for ramming into another Smith County deputy's car but was released on a bond.

"There are a lot of people to blame in this scenario," said Allen.

Kasey said she has been forced to deal with the loss of Trooper Allen by remembering him for the loving husband and father he was, but she says that isn't enough.

"If you have something bad happen to you, you need to bring something good out of it,” said Allen. “I think I’m trying to bring as much good as I can out of what has happened to me."

She said she’s doing that by trying to change state laws.

"I met with the governor on Monday,” said Allen. “He's very supportive of some legislation that me and my team have wrote up."

"First of all, with the standardized bonds,” said Allen. “You won't be able to get out as easy."

With the new changes, Kasey said victims of violent crimes will also be kept in the loop as to what happens to their abusers.

"You go to jail for assault or family violence, I want to make sure that before that person gets out, you know they're getting out," said Allen.

She went on to say the proposed changes won't only serve to keep the public safe, but they'll serve as a life lesson to her children.