Current laws for hemp regulation in Texas can be confusing for retailers and police can struggle at times to differentiate hemp from marijuana. 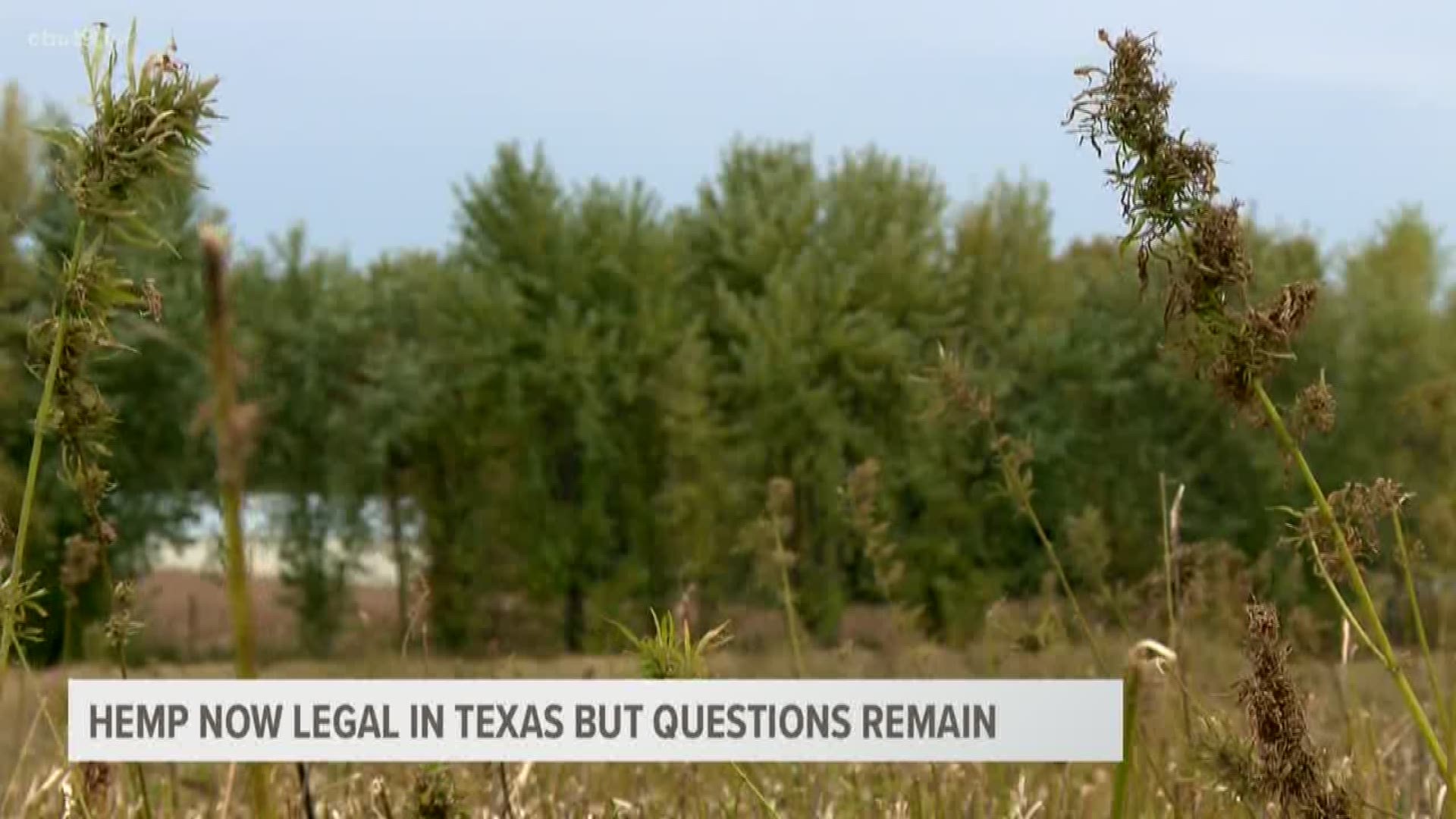 TYLER, Texas — Police face a dilemma in the State of Texas.

Since the passage of House Bill 1325 back in June, the production, manufacture and retail sale of hemp crops and products is legal in Texas. However, the plant is still difficult to distinguish from marijuana, and current hemp laws can be confusing.

Hemp is a cannabis plant, so to the naked eye, it can look and smell like the psychoactive drug marijuana.

While hemp and marijuana are both cannabis plants, legal hemp lacks enough of the psychoactive compound known as THC to get a person high.

THC is found in high levels in marijuana. The law requires THC levels to be below 0.3% in a product.

Police want to be able to distinguish the difference between a schedule one drug and a legal crop. On the other end of the spectrum, hemp retailers want the freedom to create their products.

The Texas Department of Agriculture still needs to complete the adoption of their rule book for growing hemp before farmers can take advantage of new laws, but manufacturing and possessing hemp products, such as CBD oil, is legal in the State of Texas.

“The Texas Department of Agriculture has still not released licensing," East Texas Hemp Company owner Nicholas Gresham said. "So hemp is legal in Texas, it's just not legal to grow or manufacture license it yet."

Gresham plans to grow his own hemp when the time comes. He currently imports his raw hemp from other states and says hemp regulations need to be clear and concise for the best outcome.

“The next few years of this program are going to be ugly," Gresham explained. "It's just kind of like the wild wild west right now,” Gresham said.

Back in April 2019, before hemp was legalized in Texas, Larry Christian of the Smith County Sheriff’s Office pointed out the fatal flaw in current marijuana field testing technology: It cannot tell the difference between marijuana and hemp.

With new legislation on the books, Christian says the testing technology still needs to catch up for these near identical plants.

“I don't think that many places in the United States are equipped right now to distinguish between hemp and marijuana at this point," Christian said. "That technology is being developed as we speak and it will be available down the road."

Christian says for anyone looking to avoid a misunderstanding with the law, make sure any hemp is easily identified as such.

“I would advise somebody to who has hemp to have the appropriate paperwork to go along with whatever it is that they're possessing,” Christian said.

Gresham says there are currently no hemp plant seeds proven to produce an acceptable amount of THC in a Texas climate. Gresham says when hemp plants become stressed under poor conditions, they produce more THC, thus becoming an illegal crop.

“It's really not a great idea to grow on a large scale yet," Gresham explained. "There's not any certified seeds for the state of Texas, it's going to fall on people in the hemp industry to spend a couple years breeding genetics and finding strains that we can create that will just produce a 0.3% THC in Texas’ climate."