Without a trace: The Lisa Lee Chandler case

Lisa Lee Chandler walked out of her home 10 years ago, never to be seen or heard from again. 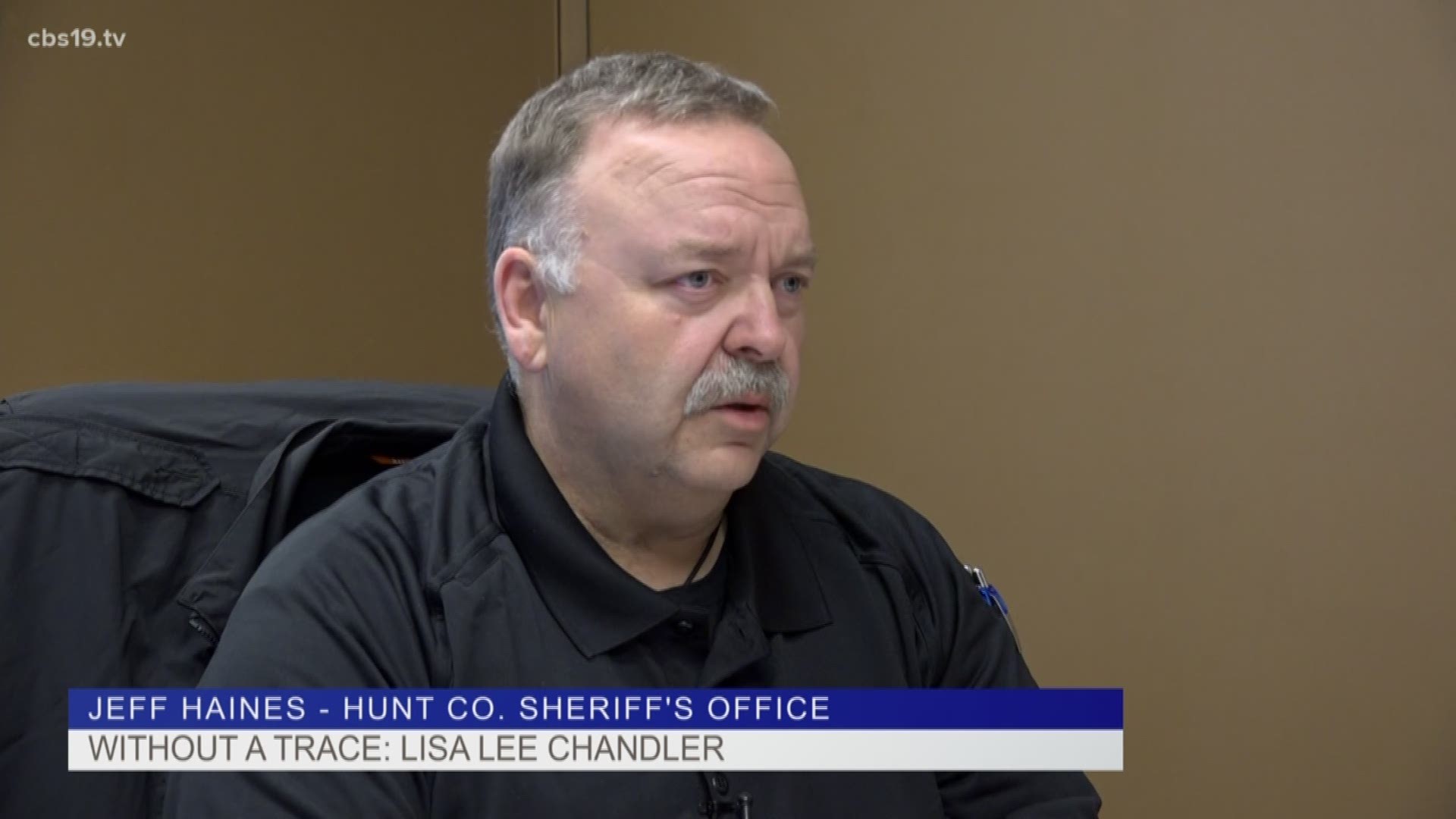 Alice Johnson's pain is just as raw today as it was when her daughter Lisa Chandler disappeared over 10 years ago.

"The hardest thing I’ve ever done in my life was to walk in that house and not find her,” says Johnson

Lisa called complaining about stomach issues and planned on going home to Louisiana for a doctors appointment. When she didn't show up or answer her phone, Alice started to worry.

That's when panic set in, and the hunt was on.

"The initial search consisted of officers on the ground, K9 team, the DPS helicopter out of Dallas - which had an infrared unit on it to pick up heat signatures as well as the Hunt County volunteer posse," said Haines

For weeks, volunteers and police joined Lisa's family on the search, but each lead and scent took them to a new place - none of them where Lisa was.

"The dogs tracked to the south for a few miles and then lost the scent...we haven’t been able to find anything,” says Haines.

The Hunt County Sheriff's office was left to wander about blindly in the shadow's of Lisa's mysterious disappearance, and with no leads or direction to go in, they to thought the worst.

"The handlers thoughts at the time was that she went to the south possibly was walking and was picked up in a car because the scent just stopped at a certain point,” says Haines.

After all of these years, Lisa's mom does have some doubts but has not lost hope. She continues to call the Hunt County Sheriff's office each year with hope there is an answer on where her daughter is.

"I want to know is what happened to my daughter, and I will not stop until the day I die," said a hopeful Johnson.

If you have any information on the whereabouts of Lisa Lee Chandler, call the Hunt County Sheriff's Department at (903) 453-6800.