A woman who was seriously injured in a home explosion in Austin has died, according to medical officials. 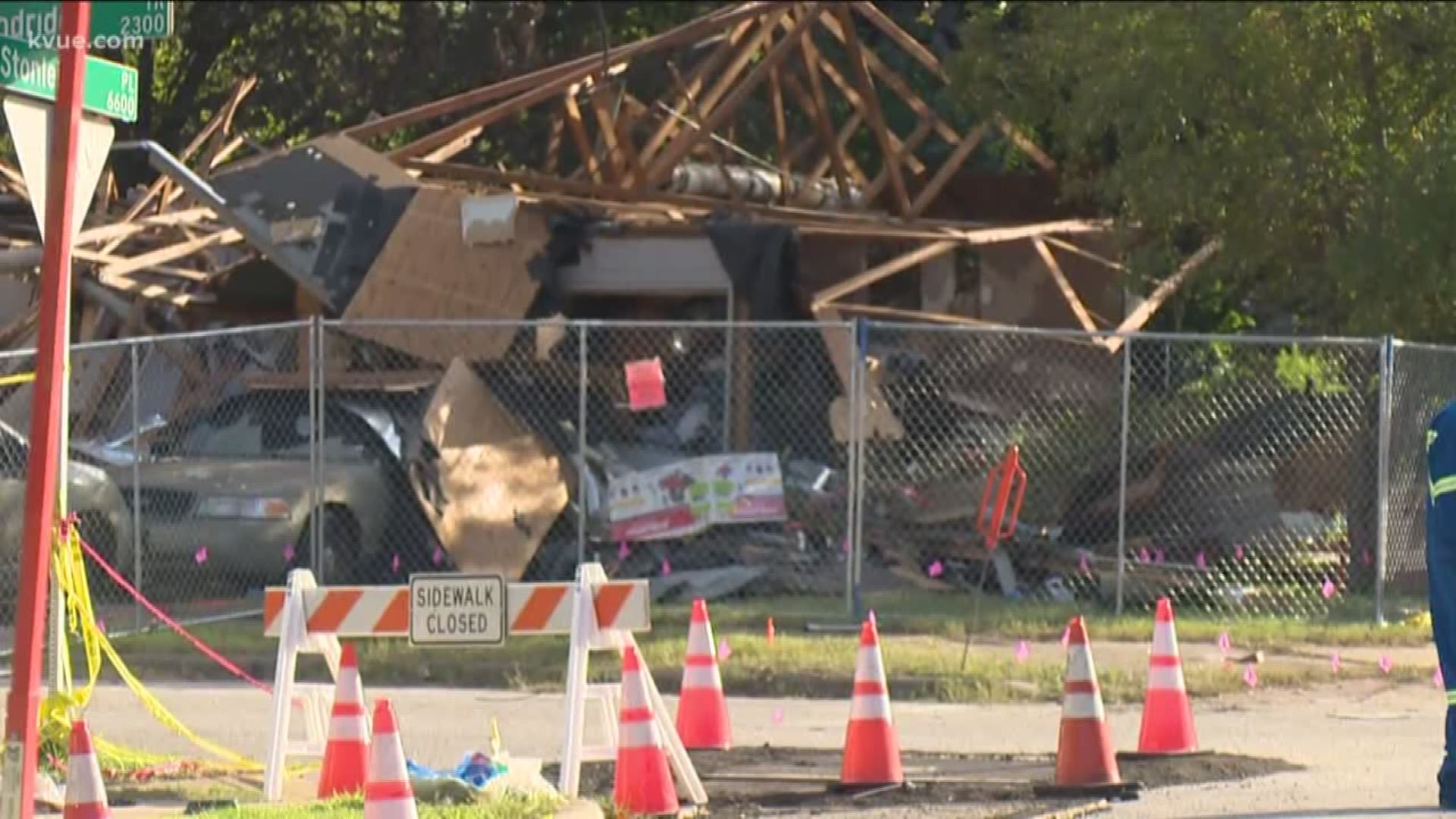 AUSTIN — A woman who was seriously injured inside a home after an explosion has died from complications of her burn injuries, according to the Bexar County Medical Examiner.

Burton was one of two people inside the home located in the 2300 block of Bendridge Trail Saturday, Oct. 27 when the home was destroyed. Both Burton and another victim were rescued from the home and sent to the hospital with critical burn injuries.

1 / 10
A home in southeast Austin is destroyed after an explosion happened there. Photo: John Gusky, KVUE

According to the Medical Examiner's Office, Burton died on Oct. 31 just before 6:45 a.m.

The Texas Gas Service said it is likely a natural gas buildup was the cause of the explosion, but it could take weeks to determine what caused it. They also said they found failures at a service line connection at a neighboring property. The cause of the damage to the service line is still under investigation. Crews were in the neighborhood on Thursday monitoring conditions.

Neighboring homes and vehicles were also damaged in the blast.

A man who lives across the street told KVUE the house exploded as he was bringing out his trash.

"I went running towards over there, towards the house, and I saw the lady and then the man came out about 10-15 minutes later," homeowner Santana Vazquez said. "She was burned, but the man, I did see ... he was very burned on his arms. They were real quiet with everybody."

It's unclear how the man who was inside the house at the time of the explosion is doing.

The short version: What we found about the dangers of natural gas pipelines