The Woods subdivision community in Tyler came together and spoke against a zoning request near their homes. 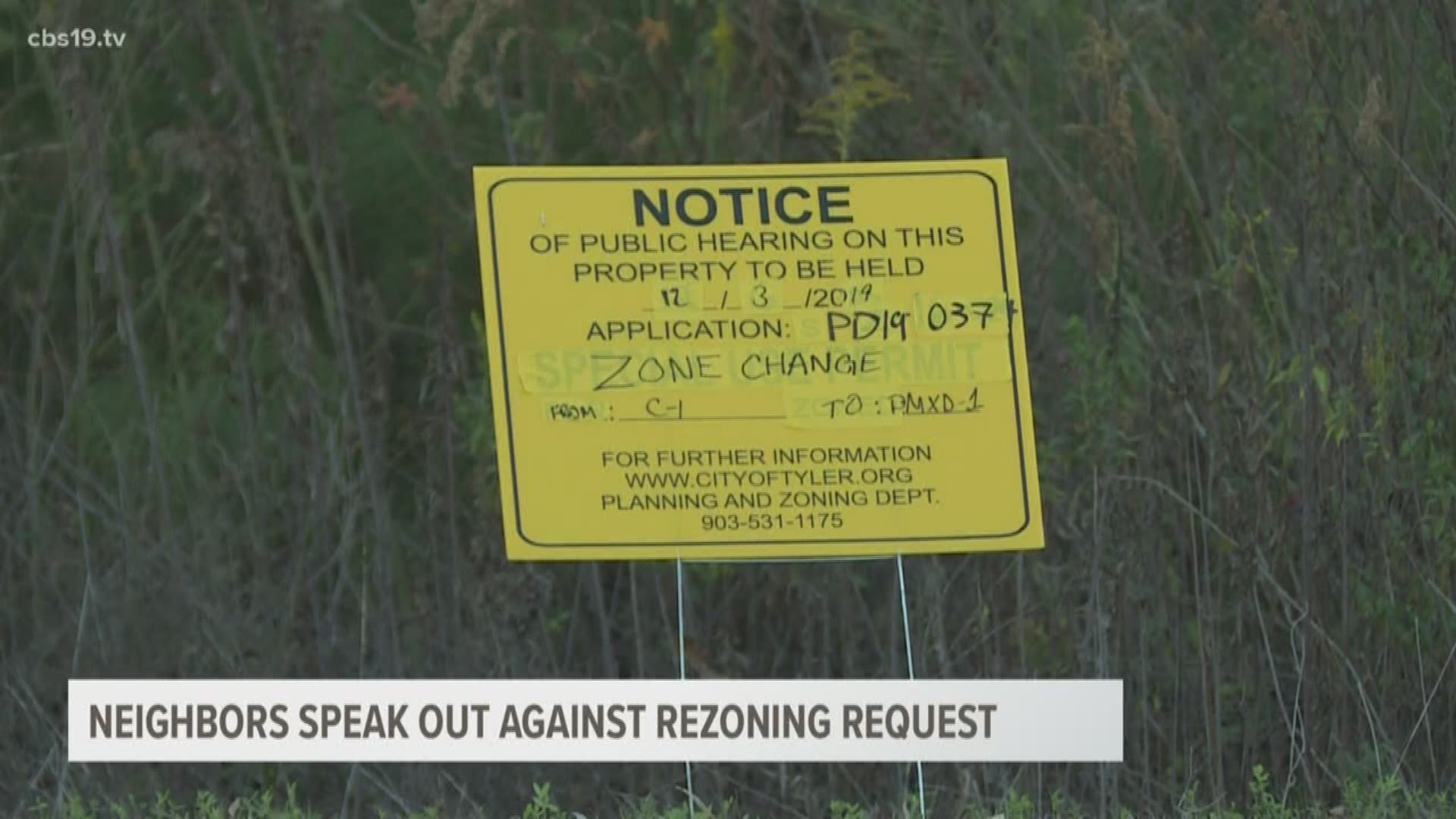 TYLER, Texas — Dozens of people who live in The Woods subdivision near the University of Texas at Tyler showed up for the City of Tyler's Planning and Zoning Commission meeting Tuesday afternoon.

Most were there to tell the board they were against a proposed zoning change for land on the corner of Woods and University Boulevards. The area falls behind existing store fronts like Republic Ice House and the backyards of four homes in the subdivision.

The proposal was to change it from commercial to mixed-use retail and residential development.

The project’s plan is for 199 parking spaces to be built, a buffer for the noise between the existing trees and a mixed-use building with commercial businesses on the first floor and housing on the second and third floors.

“Many of our residents have said they worked hard to get out of an apartment,” said Ron Stutes, secretary of the Woods Garden Club Home Owners Association. “They do not want to deal with the apartment lifestyle moving to their back fence.”

During the meeting around a dozen people spoke about the zoning request, only one was in favor he said because “the university needs this.”

However, the others expressed to the board that the university can purchase land elsewhere for student housing. Several people also mentioned the other impacts the zoning change and new development would bring.

Two of the homeowners for the houses directly behind the land mentioned they already hear loud noises late at night from customers of Republic Ice House and did not want extra noises at all hours of the night from apartments.

Members of the Woods subdivision also brought up the existing businesses or lack thereof in that specific area with Steak 'N Shake and other store fronts sitting empty for extended periods of time.

A petition was also presented to the board by the HOA president, who said there were more than 200 signatures from the Woods community in opposition of the request.

After more than an hour of discussion, the Planning and Zoning Commission denied the zoning change. However, the developer can appeal and have the rezoning application considered during a Tyler City Council meeting at a later date.