Twenty-year-old Ronnie Brown not only has his own french fry business, but last week he walked in the Runway of Dreams Fashion Show during New York Fashion Week. 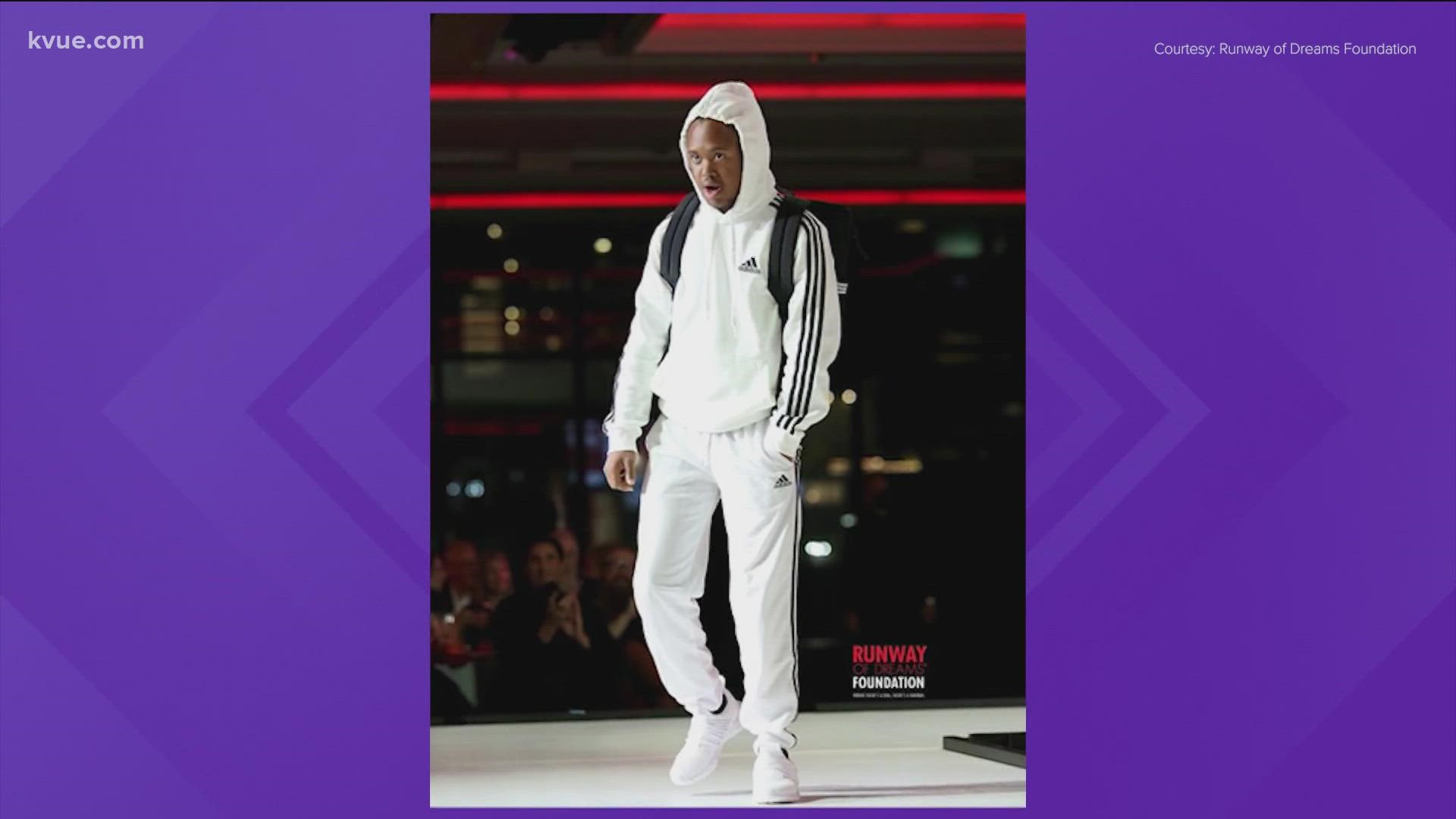 PFLUGERVILLE, Texas — Twenty-year-old Ronnie Brown of Pflugerville has accomplished a lot, from being homecoming king of Hendrickson High School to having his own business, “The Fry Guy.” This past Thursday, he made another accomplishment – a big one!

Brown walked the runway at New York Fashion Week as a part of the “Runway of Dreams Fashion Show.”

“I wore my hoodie, my jacket. I posed,” shared Brown, who has Down syndrome.

"Their mission is to get people like Ronnie in front of the camera. And, you know, he's normal. Well, he's extraordinary, but he's also very normal, too,” said Brown’s sister, Latasha Rodgers.

Brown put in a lot of work over the summer to prepare to walk the runway. He did Crossfit and was sure to eat healthy. He practiced modeling in the hallways of his house to prepare.

Brown and Rodgers' mother was a model in her younger days. She sadly passed away three years ago, and Brown now lives with his siblings. But although she may physically be gone, they still see her presence.

"You know, any time something happens, we are like, 'This is mom working.' Even his facial expressions or sometimes he will just say something and it's what she would say,” said Rodgers. “So I know that she's here and she's moving with us and everything that he's doing."

So, what's next for Brown? He is hoping to do more modeling and also hopes to turn his “Fry Guy” booth into a food truck!

“Ronnie is super amazing,” shared Rodgers. “We've always known that since he started walking and talking. So, everything has been, it's been an amazing ride. And I know it's just the beginning for him.”

To watch the Runway of Dreams Fashion Show, click here.