Firefighters from the across East Texas will take part in the massive struggle to fight the ongoing wildfires in California. 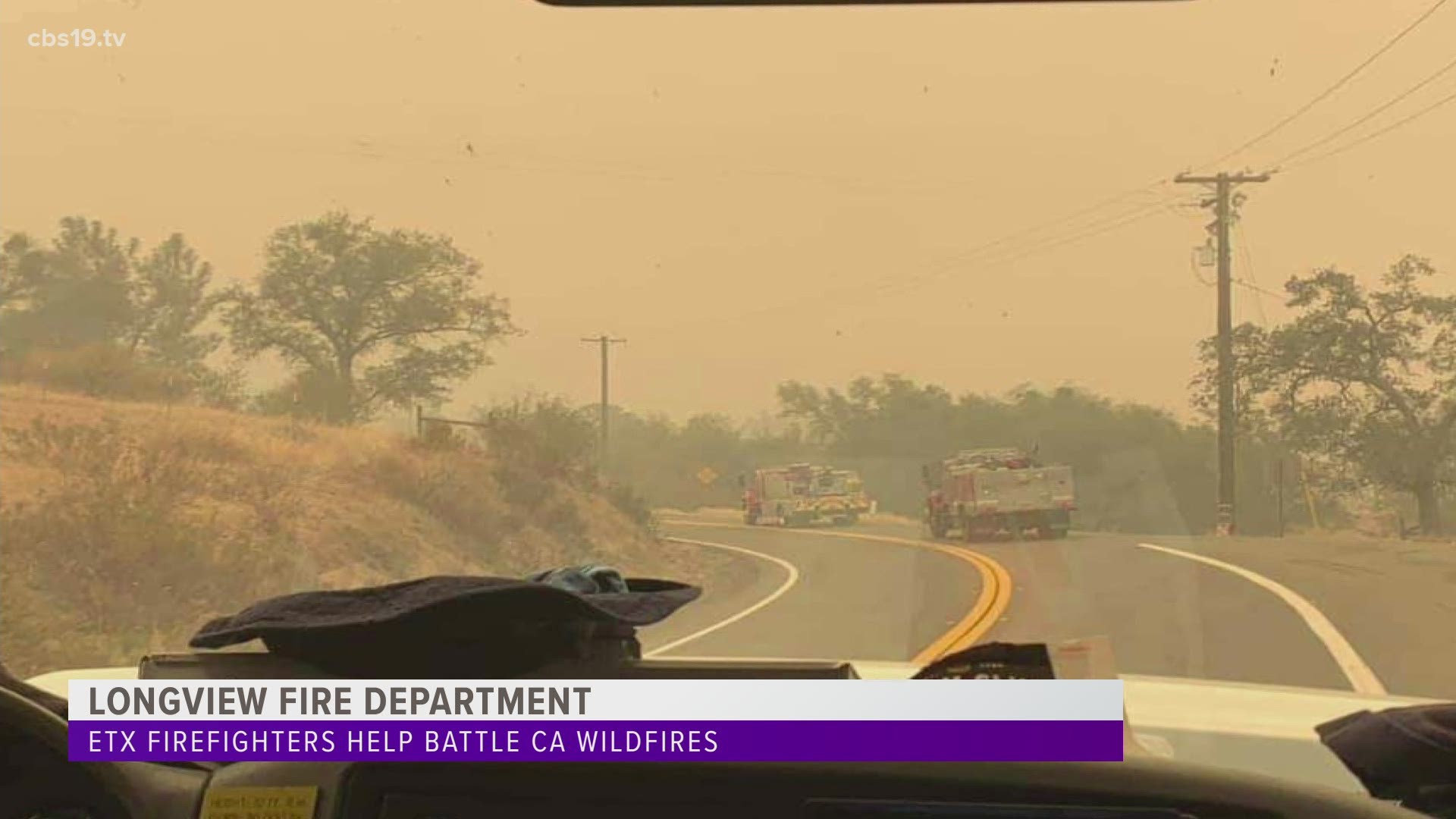 Nearly 200 firefighters from 56 departments across the Lone Star State are traveling to California to help fight the devastating wildfires.

Chief Steelman says this is the second time members of the LFD have been sent to California.

"They will stay typically with the task force," he said. "We participated with 85 other agencies in different apparatus and personal so they would typically keep those resources together."

According to the Texas A&M Forest Service, the following departments are deploying firefighters to the west coast:

Initially the City of Longview pays up front cost and the department will get reimbursed.

"The way I have historically looked at it is we pay it forward," Steelman said. "We go help these other entities when they are having their bad day and having their extreme conditions and low and behold in the future somewhere whenever Longview is under the gun and we’re having extreme wildfire conditions or any type of significant event well then hopefully those resources will come pay us back for the help we have provided to them."