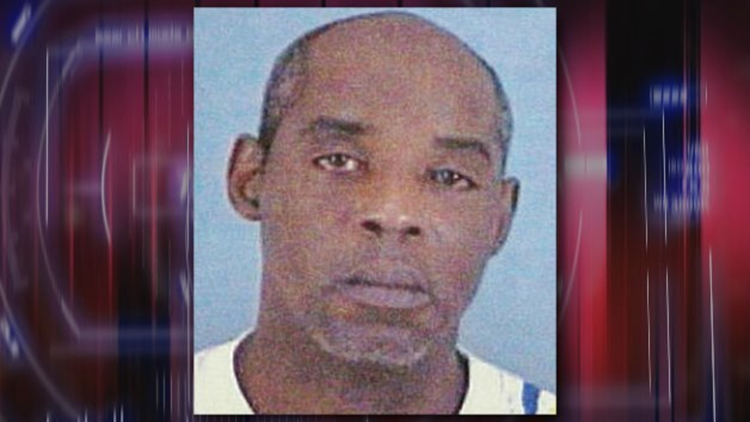 One of the men convicted for abducting five people from a Kilgore Kentucky Fried Chicken and brutally murdering them has been denied parole.

In 2007, Romeo Pinkerton, 60, pleaded guilty to five counts of capital murder in connection with the slayings.

According to the Texas Department of Criminal Justice, Pinkerton was denied parole on Tuesday for the following reasons:

1D CRIMINAL HISTORY - The record indicates that the offender has repeatedly committed criminal episodes that indicate a predisposition to commit criminal acts upon release.

2D NATURE OF OFFENSE - The record indicates the instant offense has elements of brutality, violence, assaultive behavior or conscious selection of victims vulnerability indicating a conscious disregard for the lives, safety ot property of others, such that the offender poses a continuing threat to public safety.

Pinkerton's next parole hearing is slated for May 2024.

The parole review process begins approximately six months before the parole eligibility date for a first review and four months before the eligibility date in additional reviews, according to the TDCJ. The process begins with the offender's file being reviewed for all appropriate documents, including letters of support and protest. An Institutional Parole Officer reviews the file and interviews the offender before preparing a case summary for the Board of Pardons and Paroles voting panel. The Board normally will vote on the case just prior to the parole eligibility date.

Offenders eligible for mandatory supervision who committed an offense since September 1, 1996, are reviewed for Discretionary Mandatory Supervision (DMS). An offender who has received a Serve All vote is reviewed for possible release to DMS by a Board panel prior to being released on the projected release date.

Prior to Pinkerton's June 2019 denial, he was also denied parole on April 30, 2014, due to his criminal history and the nature of the offenses. He is currently serving a life sentence at the Robertson Unit in Abilene.

In 2008, Darnell Hartsfield, 58, who is also Pinkerton's cousin, was convicted of the crimes, as well. Hartsfield's next parole hearing is scheduled for January 2023. He was last denied parole in 2007 and is serving a life sentence at the Michael Unit in Tennessee Colony.

Nearly 36 years ago, five people were kidnapped from the KFC, taken out to a Rusk County oilfield and shot execution-style.

According to retired Rusk County District Attorney's Office investigator William Brown, he was with officials when they located the bodies of the victims.

Opie Hughes, 39, had been sexually assaulted before being shot. Further down the road law enforcement discovered the bodies of Mary Tyler, 37, Joey Johnson, 20, Monte Landers, 19, and David Maxwell, 20. The four had been lined up and fatally shot.

For the next 12 years, evidence found at both crime scenes led nowhere. Investigators say it was a cold case that every "armchair detective" and every criminal looking for a break would have claimed to have already solved. There was a false alarm in 1995 when Jimmy Mankins, Jr. was arrested and charged with the murders.

It was a shaky case, based largely on a ripped fingernail found in the waistband of one of the victims and Mankins' alleged repeated boasting. Investigators believed he was trying to gain credibility among drug dealers.

Eventually Mankins was cleared and spoke exclusively with CBS19.

"One-hundred percent, I'm innocent and I resent even the question," Mankins said in a past interview.

He said investigators had no reason to lock him up in the first place.

"The worst part was the six months in jail over there thinking about being put to death for something I didn't do," Mankins said. "And more than likely if it wasn't for that DNA, I would have been on death row."

Mankins was later arrested for an unrelated crime, but he was right, the DNA was key.

A box and a napkin found behind the counter at KFC had been waiting in a lab for years until someone figured out how to identify whose blood was on the items.

Pinkerton and Hartsfield, who were already in jail on charges not associated with the murders, were identified as two of the possible three killers in 2005. Ironically, the duo had been identified among the list of original suspects in 1983. They were even placed on a makeshift "wanted for questioning" poster. But they fell through the cracks.

The DNA from Hughes' body did not match Mankins, Pinkerton or Hartsfield, leaving investigators to believe a third man may have been involved in the crimes. However, he has never been identified. Hartsfield, despite his conviction and cousin's guilty plea, says the "real killer" is still on the run.

The search for a possible third killer is ongoing.