On Monday, students at Central Elementary School began to cope with the loss with both a classmate and a friend. 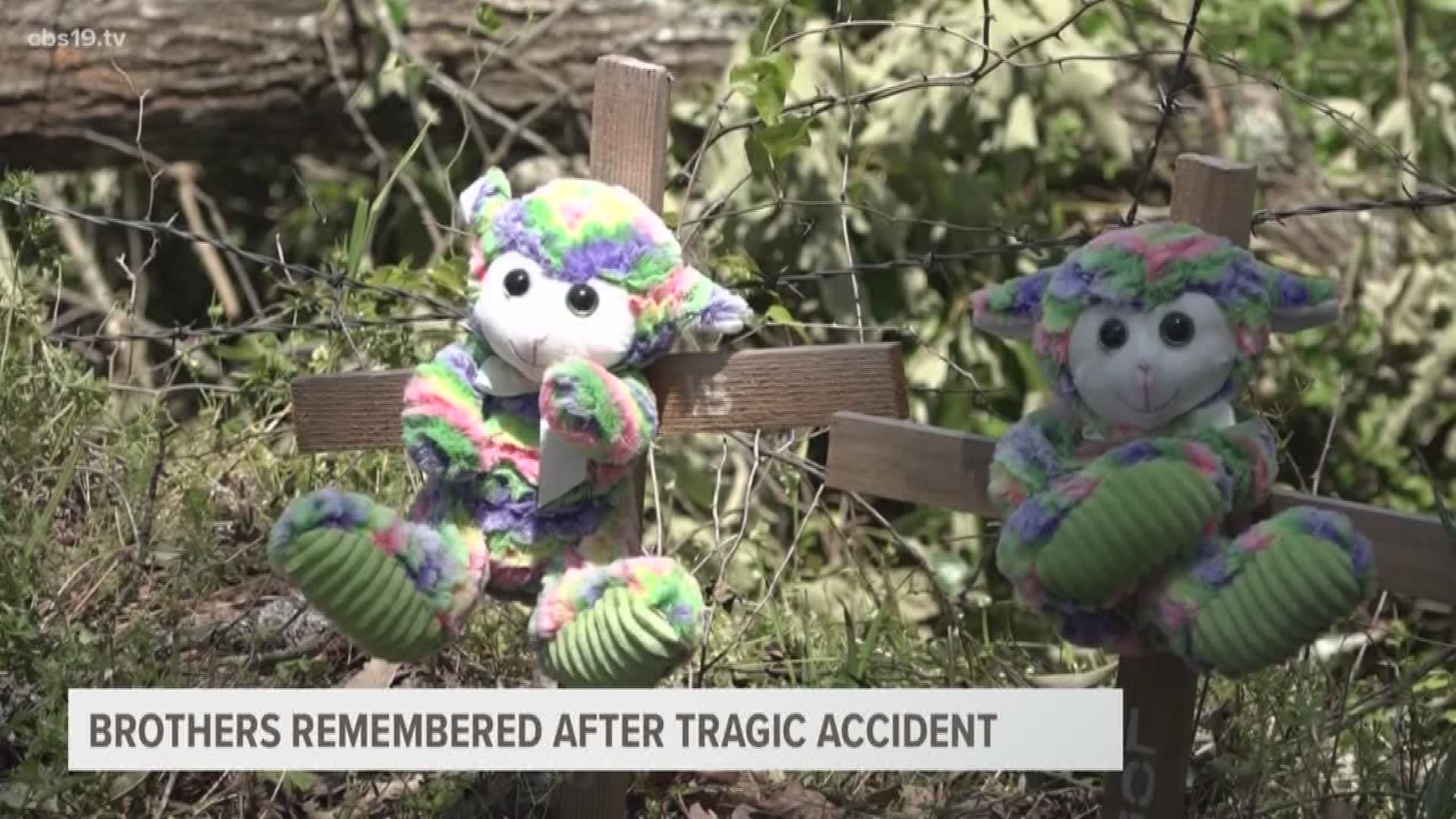 Dilynn was a second grader at Central Elementary School. For those who knew him in the school, the boy was full of life with a warm, friendly personality and an infectious bright smile that will never be forgotten.

“Dilynn had the most precious smile in the world," Central Elementary Principal Anita Byrd remembered. "Every day he came to school just so happy and ready to learn."

Dilynn and Jace were in the car with their parents in Angelina County when a tree fell on top of the vehicle. Rescuers pulled the children from the car, but both were pronounced dead at the scene.

Byrd was eating with her family when she heard about the tragedy. She was overcome with emotion at the loss of Dilynn.

"I was in shock. I normally can separate professional and personal, but Dilynn, he touched both areas of my life. I was in shock. It’s hard to lose such a young person," Byrd said. "It took all of Saturday and Sunday morning to finally come to grips with that, and then, of course, on Sunday afternoon, I was able to visit with mom."

Byrd says the Creels are devastated. However, she saw extraordinary strength by the two parents.

"She’s very open and receptive, though, to the love that has surrounded her," Byrd said. "I think for some time, it’s a process, her grieving, and it’s going to take a while."

While Dilynn was recognized a exemplary student and devoted friend, Byrd says he was most devoted to being a great big brother to Jace.

“One of the things that we’re working on in the classroom is a poetry book. One of the poems is about his mom, and it says, ‘My mom is as helpful as,’ and he filled in the blank, ‘...as my little brother,'" Byrd said. "He did love his little brother so very much. He was a good big brother.”

The children at Central Elementary were also heartbroken to hear about the loss of their friend. Byrd says the school is doing all it can to help students cope.

"We have communicated with our children today by letting them draw pictures and tell their favorite memory," Byrd said. "We’ve tried to be as normal as we can be. Therefore, we are covering all of the parents wishes and how their beliefs are when dealing with a tragedy like this.”

"I had them draw their favorite memory of Dilynn or write about what they’re going to miss the most about him," Counselor Kristi Rowe said. "At their age, 8 years old, they have a hard time expressing how they feel, so through writing and drawing, helps them express those feelings.”

Byrd says the tragedy united and galvanized the community the small community.

“The community has just been overwhelming with their love and their support. My phone has not quit ringing. I have not quit receiving on Messenger, text, Facebook, just people wanting to reach out to this family to show love and support," Byrd said.

A GoFundMe page is set up for the family of the two children. Meanwhile the funeral for the brothers will be at Carroway Funeral Home in Lufkin.

"They’re together. They’re not alone," Byrd said. "Still playing together.