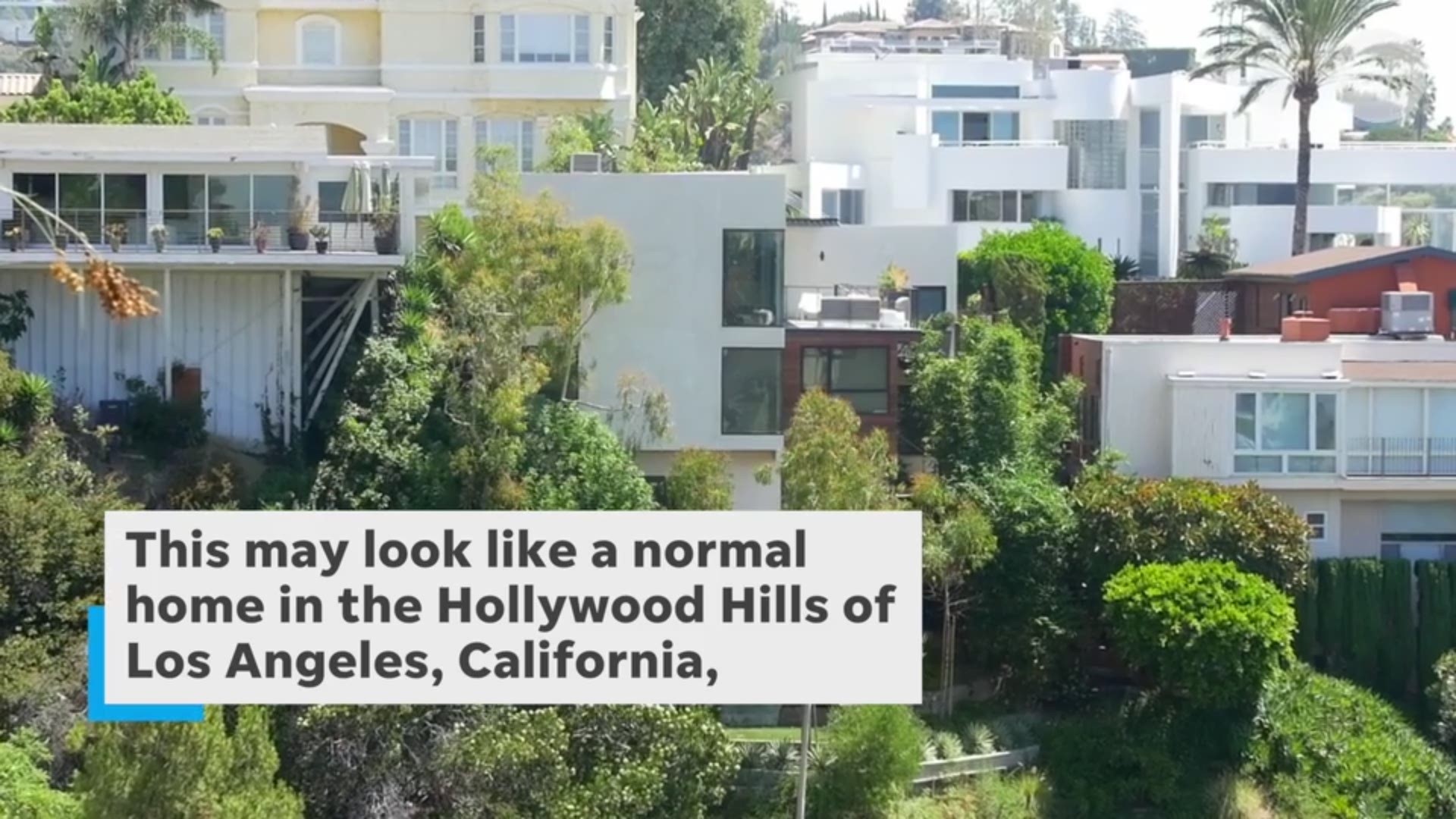 LOS ANGELES – If it's possible to build a fireproof house, Robert Balzebre is convinced his stunning three-story personal sanctuary perched in the Hollywood Hills would qualify.

The "warm contemporary" design is devoid of vents or roof overhangs where embers can penetrate or become trapped. The roof carries a high rating for fire resistance. Outside staircases are made of steel, and the wood used for decking and trim is mostly a dense hardwood called ipe, which is naturally resistant to fire.

Inside, glass in the floor-to-ceiling windows, which afford sweeping views from the Sunset Strip to the ocean in the distance, is tempered to withstand temperatures up to 450 degrees.

The house – situated on a narrow street in a neighborhood of steep, brushy canyons – underscores what homeowners in areas susceptible to wildfire must now consider: Climate change is reshaping the West in a way that makes blazes not only likely, but inevitable, even in areas that seemed low risk in the past.  As a result, homes must be hardened against fire in ways that never seemed necessary in the past.

"If you look back historically at how we have been building for many years, we have not been building homes in a fire-safe way," said Clay Aurell, an architect in Santa Barbara, California.

His point is underscored by housing lost in wildfires still burning in Northern California. By week's end, 1,079 homes had been lost in the Carr fire around Redding and another 157 in the Mendocino fire, the state's fire authority said.

As the smoke starts to clear, some homeowners want to rebuild in ways to help avoid a repeat of disaster.

Balzebre hasn't lost a home, but some were lost when fire swept the hillsides nearby last year.

"I do think it's the responsibility for homeowners who live in this neighborhood" when it comes to fire safety, said Balzebre, a developer who splits his time between Los Angeles and Miami. "We have to be mindful of it."

Balzebre bought the house in 2014 and looked to transform it into a showplace not only eye-catching and modern that takes full advantage of its hilltop location but one that is more fire-safe. That led him to designer and builder Abeer Sweis, who accepted the challenge.

"Creating a place where people can feel safe is really important," Sweis said. As for client Balzebre: "Whether he is here or in Miami, he knows his house is safe."

Safety comes at a cost. Tempered glass costs 20 percent more, and fire-rated wood can cost twice as much as conventional, she said. But at a time of record real estate valuations and an estimate of $4.5 million that Balzebre said he received on his 2,489-square-foot property, it becomes affordable.

Along with using highly fire-resistant materials, Sweis said, she went to lengths to make sure the house was fully sealed with no gaps. It doesn't help that the house is close between two older houses with lots of exposed wood. But Sweis remains confident about how it will hold up in a fire. She said her firm designed another house north of Los Angeles in the rural community of Ojai, one of the areas hit by a fire last December that claimed 1,063 homes and other structures. It survived.

Credit: Sandy Hooper, USA TODAY
Robert Balzebre in the living room of his home in the Hollywood Hills of Los Angeles, California.

Despite the destruction of the summer's fires, there has been no general outcry for fireproof homes. One reason: Not all are sure such a thing is possible.

"If you look at the severity of those fires and temperatures, I am not sure we can build a house that can withstand that kind of heat," said Jerry Howard, CEO of the National Association of Home Builders. The approach, he said, is to try to reduce the flammability of wildlands.

The wildfire that swept through Santa Rosa, California, last year was so intense that it caused houses to explode, said architect Julia Donoho, chair of the Firestorm Recovery Committee of the American Institute of Architects. The blowtorch-like heat "made houses into a big pressure cooker."

Wildfires, such as the Tubbs fire last year that claimed more than 5,300 structures in and near Santa Rosa, are capricious. Some houses and businesses were spared simply because of the "flow dynamics" of the conflagration, he said.

Many homeowners in brushy areas live in denial. "It's just difficult to realize your own home may burn," said Alice Hill, a research fellow at the Hoover Institution where she focuses on building resilience to catastrophic events, including the effects  of climate change.

Residents often get the message when they see fire insurance rates rise dramatically or find they can't buy a policy because of wildfire danger.

"Insurance companies are becoming much more aware of the wildfire risk, so rates are increasing. Knowing whether a home has been mitigated or not is crucial for insurance companies as they decided to insure or not," said Jim Webster, who runs the Wildfires Partners program in Boulder, Colorado, which works with homeowners on mitigation measures.

Studies show money spent on fire prevention can return far more value than it cost, Hill said. Homeowners, however, sometimes run afoul of zoning boards when they try to remodel or rebuild in ways that dramatically change the home's appearance.

That leaves some homeowners taking extra steps to protect houses besides rebuilding. Rather than a major exterior renovation, Dean Reese, whose family home is in Rancho Santa Fe outside San Diego, has focused on steps such as buying a 5-horsepower portable pump that can draw water from a pool in case hydrants lose pressure. The pump is ready to go so firefighters can use it to save the house.

Reese is CEO of Ready American, a company that makes disaster preparation kits, including one for wildfire evacuees. He keeps the property clear of brush, has documented his valuables and has  prepared the family to flee but also has prepared them to shelter in place if escape routes are blocked.

As for the idea of rebuilding an entire house to resist fire, as Belzebre did, Reese endorses it.

"That guy is brilliant," he said.