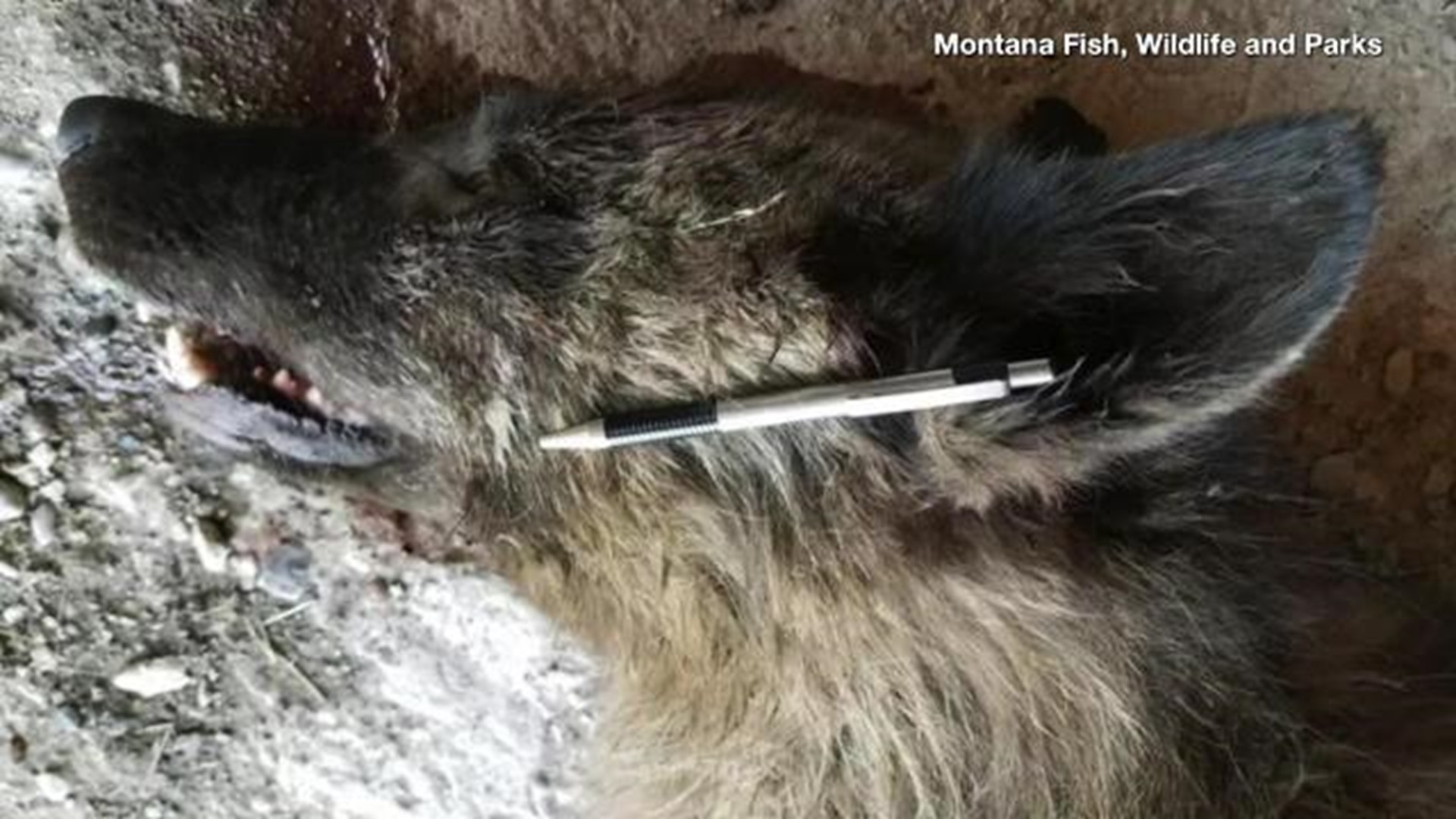 The strange-looking canine creature shot in central Montana a month ago that captured the curiosity of the nation was a regular gray wolf, even if it did have big ears and tiny feet, DNA tests have confirmed.

DNA from the animal was tested at the U.S. Fish and Wildlife Service forensic laboratory in Ashland, Ore.

The lab compared the animal’s DNA with thousands of other samples from wolves, coyotes and dogs, Montana Fish, Wildlife and Parks said Monday.

"The conclusion was clear — this animal is a gray wolf from the northern Rocky Mountains," FWP said in a news release.

1 / 12
Peter Ackerman
Volunteer Carol Flynn of New Egypt gets some love and kisses from Bandit and Kotori. Howling Woods Farm in Jackson is a breed specific animal shelter that rescues and places domestic-bred wolves, wolf dogs and northern breeds. They also give weekly tours to educate the public about hybrid wolf dogs and their special needs when raising them.

"It's not that surprising," said Ty Smucker, an FWP wolf management specialist. "It's either going to be a gray wolf or a dog."

No wolf packs are established in central Montana.

Wolves have arrived in central Montana from the Yellowstone National Park area population to the south. Last winter, a young wolf was shot in Ulm, which is 11 miles southwest of Great Falls. It had dispersed from a pack in the Livingston area north of Yellowstone. Wolves also disperse from established packs along the Rocky Mountains to the west.

The strange-looking wolf was legally shot on May 16 by a rancher near Denton, which is 90 miles east of Great Falls.

It's unusual appearance — small feet and big ears — led to wild speculation on what it was as the story made the global rounds via social media.

"That could very well be what’s being called Dogman,"  one Facebook poster suggested. "They’re spotted each day and the government quells any and all reports. Several people report being strong-armed into keeping quiet about their reports by men wearing black suits. These are just facts. Look into if you don’t believe it."

How the story went viral surprised Smucker more than the DNA results.

"The folks who shot it posted pictures on Facebook and then it just went bananas," Smucker said.

Confusion about the animal might be due its condition and the photos, which seemed to show short legs and big ears, FWP said.

Credit: KXLO Radio, Lewistown, Montana
This wolf-like animal was shot on private property close to Denton on May 16. Wildlife biologists have not yet clearly identified its species or subtype

"It had been shot and it was in pretty rough shape," Smucker said. "So it was a little difficult to tell."

“Within species there can be variability that’s not surprising at all,” Curtis said.

More: Coyote attacks on pets on the rise in metro areas; small dogs are especially vulnerable

Smucker said FWP has had hunters turn in dogs before thinking they had shot wolves.

FWP decided to have the wolf tested to make sure it was an actual wolf because hybrid wolf-dogs have been documented in central and eastern Montana in the past, Smucker said.

The wolf was a non-lactating female, which means she didn’t have a litter of pups.

However, any unique physical features the wolf had might also appear in her siblings or parents and may continue to be passed along by others in her family.

The wolf measured 45 inches from the tip of the nose to the rump and weighed 84.5 pounds.

It’s estimated that the wolf was between 2 and 3 years old.

According to the 2017 Montana Gray Wolf Program Annual Report, the state has about 900 wolves.

Property owners in Montana have broad legal authority to shoot wolves that threaten  livestock, as was the case with this wolf near Denton, FWP said.

Researchers in Canada who have studied coywolves, a coyote-wolf hybrid expanding in Canada, contacted Smucker about the possibility the animal was a coywolf. If the animal wasn't a wolf or a dog, Smucker thought. it might be coywolf and "not a big deal."

Then the DNA test results proved the animal was a gray wolf.

"The individual represented by LAB-1, LAB-2 and LAB-3 was a female gray wolf from the Northern Rocky Mountains (Canis lupus)," Dyan J. Straughan, a Fish and Wildlife Service forensic scientist, wrote of muscle tissue samples in a genetics examination report. "It is the opinion of the undersigned examiner that this individual was not of either a gray wolf x coyote, or gray wolf x domestic dog, origin."