A soldier who fought in two major wars celebrated alongside his friends and family at his Phoenix home. 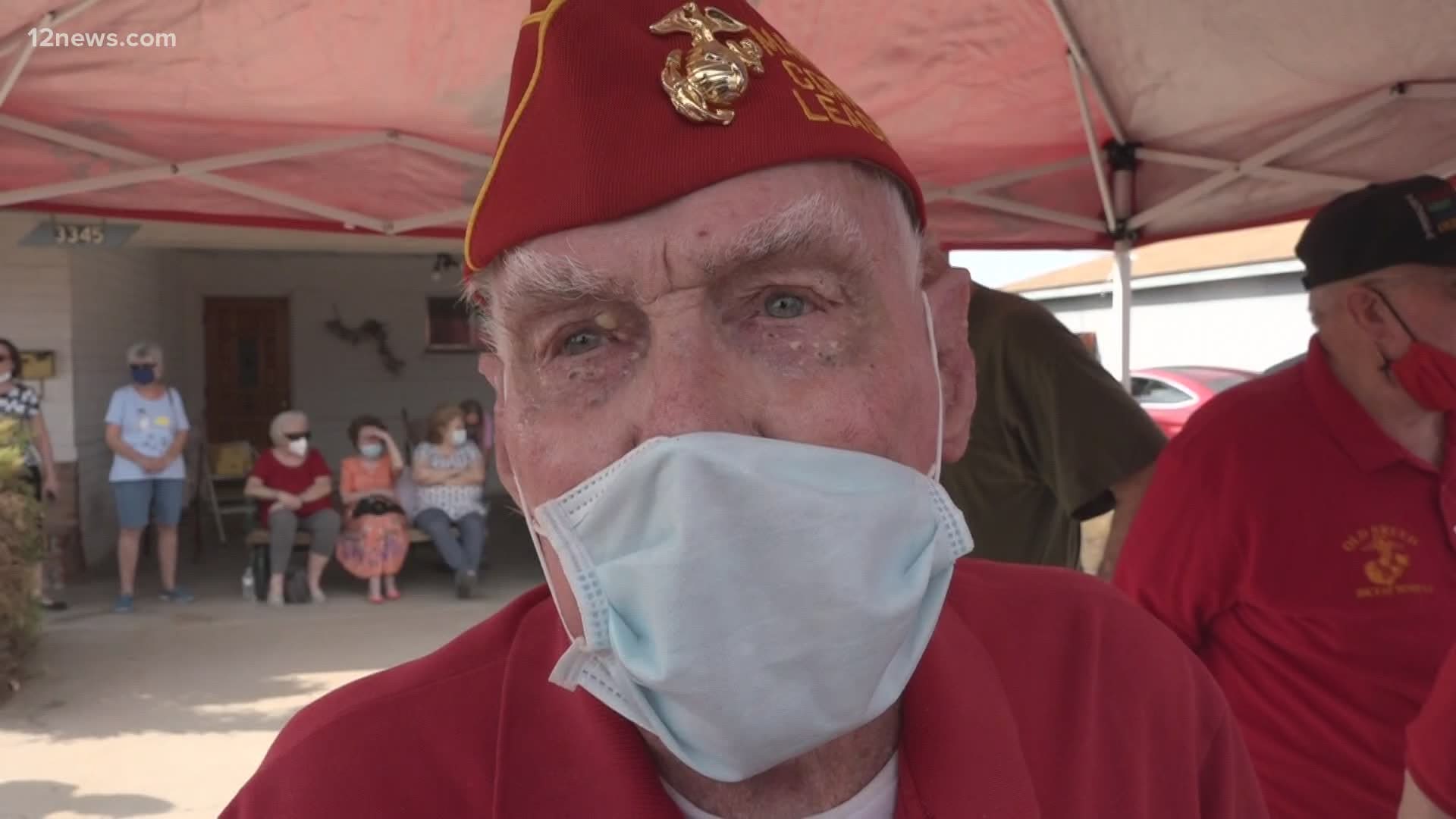 PHOENIX — It’s not every day we get to celebrate a World War II veteran. But Saturday was Staff Sgt. Jim Hamilton’s 97th birthday.

Hamilton was born August 26, 1923. He’s an exceedingly rare breed, making his 97th birthday party a can’t miss for the community as well as friends and family.

“Everybody should take a look around and use him as an example," his son James Hamilton said. "He’s the zenith.”

“After the second World War, the peace talks came," Hamilton said. "And President Roosevelt said, ‘If you have an honorable discharge, we will give you $20 bucks a week for 52 weeks.’”

Hamilton said he and his buddy took President Roosevelt’s offer. Life was good. “Every week a check came for $20 bucks," he said. "That was whiskey, cigarettes and gasoline. That’s all you needed.”

But the year ended and not too long after the Korean War began.

And once again, Hamilton answered the call of duty.

“We will fight our country’s battles in the air, on land and sea," they belted.

It was a good day for all.