People went back inside buildings after the first earthquake struck, but the 5.8 aftershock about five minutes later sent them running back into the streets. 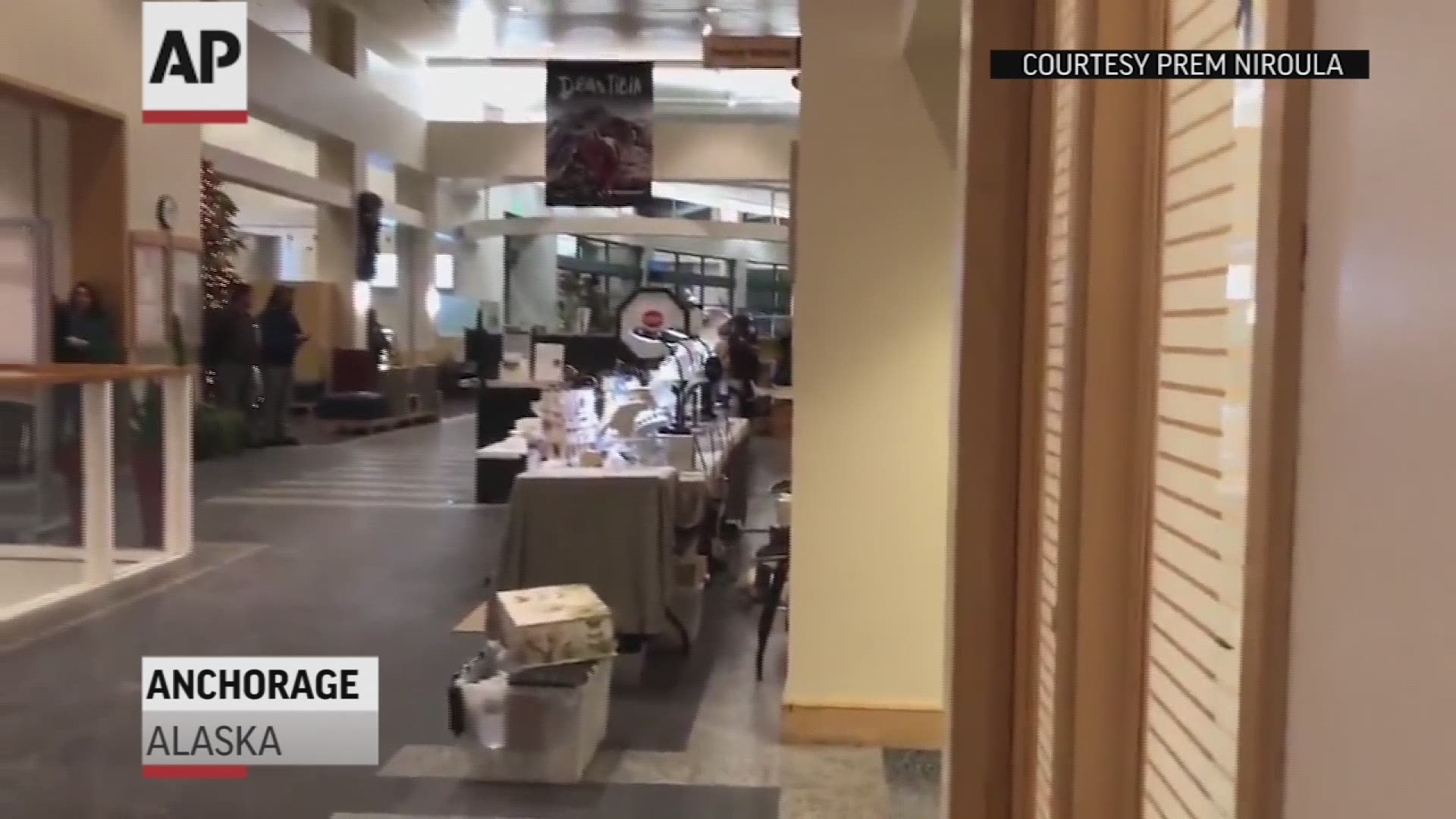 ANCHORAGE, Alaska — Back-to-back earthquakes measuring 7.0 and 5.8 rocked buildings and shattered roads Friday morning in Anchorage, sending people running into the streets and briefly triggering a warning to residents in Kodiak to flee to higher ground for fear of a tsunami.

The warning was lifted a short time later. There were no immediate reports of any deaths or serious injuries.

The U.S. Geological Survey said the first and more powerful quake was centered about 7 miles (12 kilometers) north of Anchorage, Alaska's largest city, with a population of about 300,000. People ran from their offices or took cover under desks.

Cracks could be seen in a two-story downtown Anchorage building, and photographs posted to social media showed fractured roads and collapsed ceiling tiles at an Anchorage high school. One image showed a car stranded on an island of pavement, surrounded by cavernous cracks where the earthquake split the road.

Cereal boxes and packages of batteries littered the floor of a grocery store, and picture frames and mirrors were knocked from living room walls.

7.2 earthquake here in Anchorage, Alaska. This is a video my dad took from the Minnesota exit ramp from international. 😰😰 pic.twitter.com/1yOGj3yz9q

People went back inside buildings after the first earthquake struck, but the 5.8 aftershock about five minutes later sent them running back into the streets.

A tsunami warning was issued for the southern Alaska coastal areas of Cook's Inlet and part of the Kenai peninsula. Kodiak police on Kodiak Island warned people in the city of 6,100 to "evacuate to higher ground immediately" because of "wave estimated 10 minutes."

In Kenai, north of Anchorage, Brandon Slaton was alone at home and soaking in the bathtub when the earthquake struck. Slaton, who weighs 209 pounds, said it created a powerful bath-and-forth sloshing in the bath, and before he knew it, he was thrown out of the tub by the waves.

His 120-pound mastiff panicked and tried to run down the stairs, but the house was swaying so much that the dog was thrown off its feet and into a wall and tumbled to the base of the stairs, Slaton said.

Slaton ran into his son's room after the shaking stopped and found his fish tank shattered and the fish on the floor, gasping for breath. He grabbed it and put it in another bowl.

"It was anarchy," he said. "There's no pictures left on the walls, there's no power, there's no fish tank left. Everything that's not tied down is broke."

That was terrifying!! #earthquake #alaska pic.twitter.com/847WGojfcS

Alaska averages 40,000 earthquakes per year, with more large quakes than the 49 other states combined. Southern Alaska has a high risk of earthquakes because of tectonic plates sliding past each other under the region.

David Harper was getting some coffee at a store when the low rumble began and intensified into something that sounded "like the building was just going to fall apart." Harper ran to the exit with other patrons there. 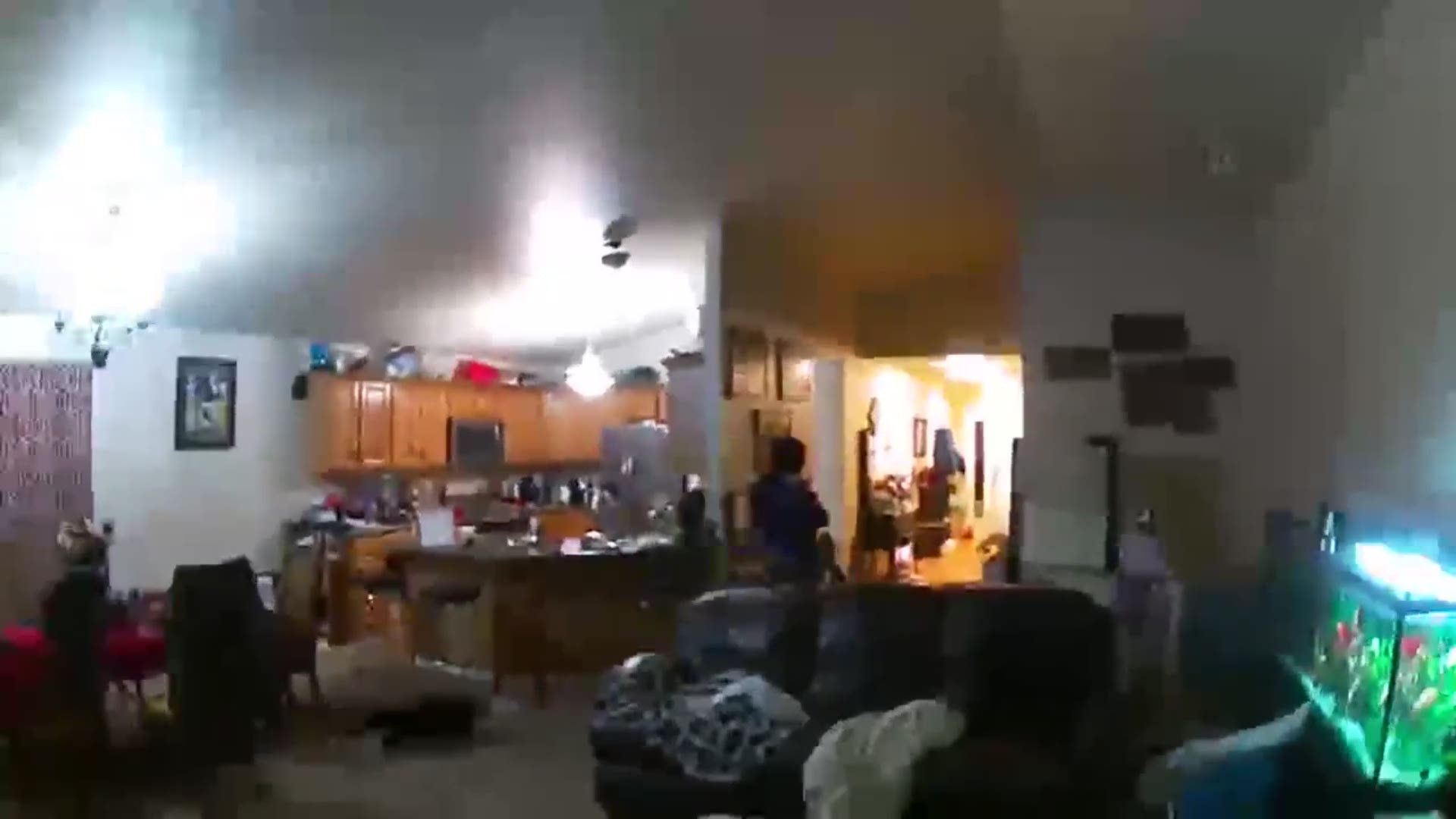 "The main thought that was going through my head as I was trying to get out the door was, 'I want this to stop,'" he said. Harper said the quake was "significant enough that the people who were outside were actively hugging each other. You could tell that it was a bad one."

On March 27, 1964, Alaska was hit by a magnitude 9.2 earthquake, the strongest recorded in U.S. history, centered about 75 miles (120 kilometers) east of Anchorage. The quake, which lasted about 4½ minutes, and the tsunami it triggered claimed about 130 lives. 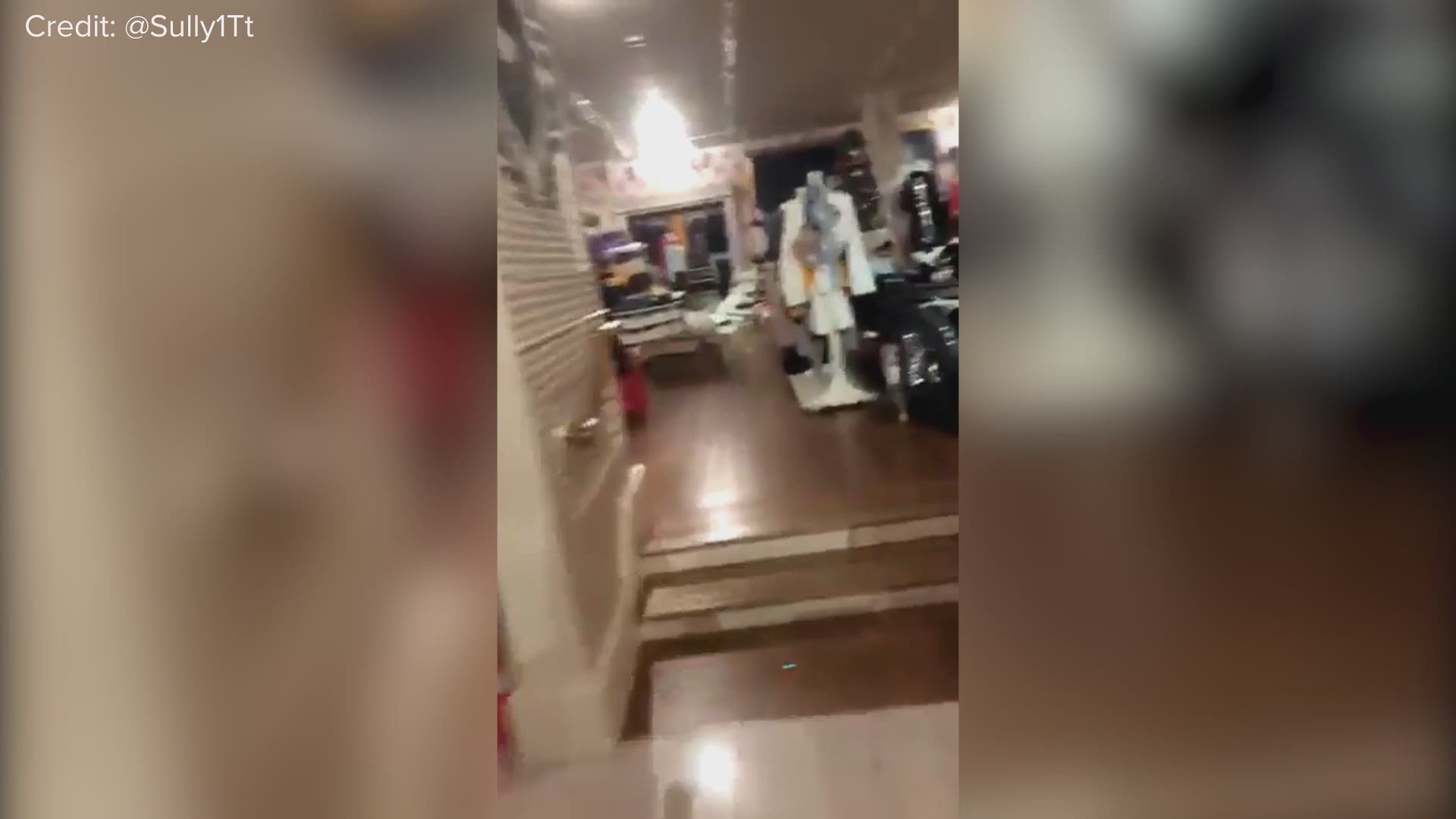 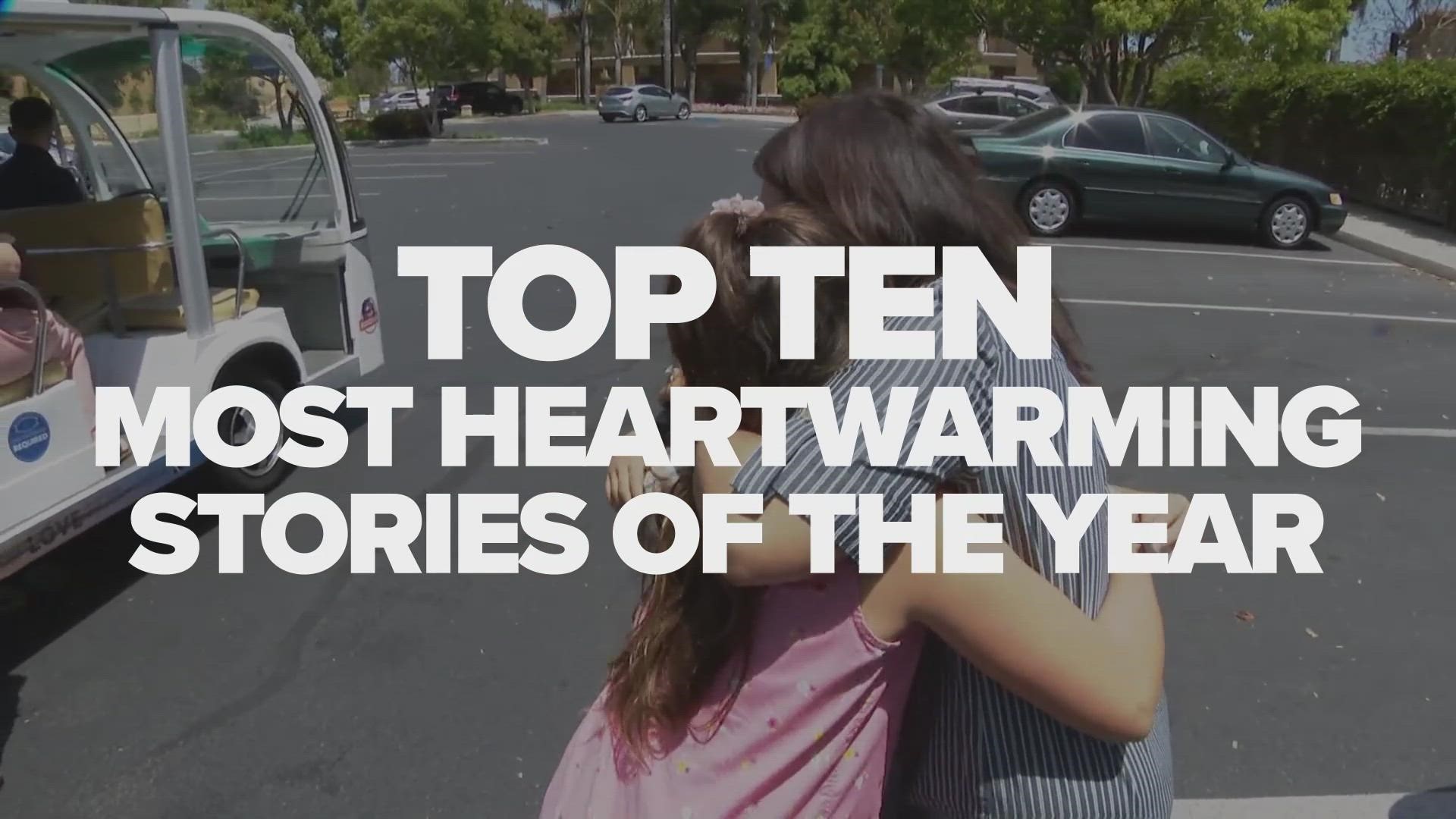 Most heartwarming stories of 2021