Newman will return to the scene of his most harrowing crash Saturday when NASCAR makes its debut on Daytona’s road course. 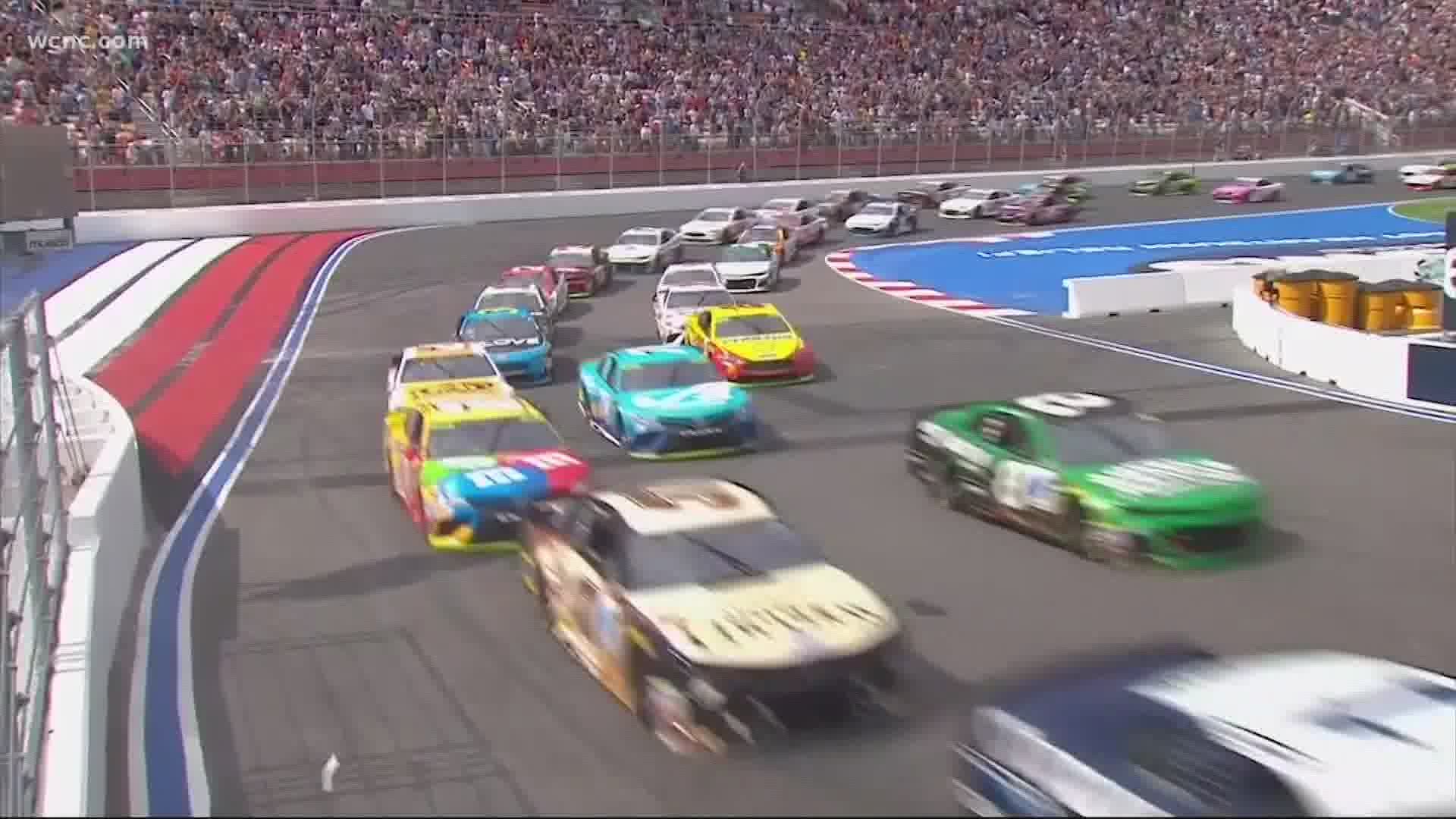 DAYTONA BEACH, Fla. — Ryan Newman expects to get a little emotional when he drives into Daytona International Speedway this weekend.

His last race at Daytona ended with Newman exiting in the back of an ambulance as countless onlookers feared for his life.

Newman will return to the scene of his most harrowing crash Saturday when NASCAR makes its debut on Daytona’s road course. It's a 14-turn, 3.61-mile course that most drivers have only raced virtually, but Newman did score a real victory on it once when he won a 40-lap IROC race at Daytona in 2004.

The event 16 years ago was the same configuration that uses the winding course and parts of the high-banked speedway but few remember Newman's race that day. Few will forget Newman’s violent and scary tumble six months ago.

Newman had to be cut from his No. 6 Ford after wrecking while leading the final lap of the Daytona 500 on Feb. 17. He doesn’t recall anything about his two-night hospital stay for treatment of a head injury he called a brain bruise. His first memory is walking out of a Florida hospital holding hands with his two young daughters.

“I guess after February I’m pretty emotional every day,” Newman said recently. “I’m just thankful for the opportunity to continue on. I get to hit the reset button in a roundabout way, not with my life, but the reality is just to continue to play on.

“I will probably be some sort of emotional going back to Daytona, but I don’t see it being a whole lot different than the kind of emotion I had getting in the car at Talladega or even going back to Darlington for that matter when I went and did my first test.”

The coronavirus pandemic caused NASCAR to suspend its season in March, so Newman missed just three races. He is winless in the 18 races since, with a best finish of 12th. He ranks 26th in the Cup standings, knowing he needs a victory in the next four races to make the playoffs for the second straight year.

RELATED: Ryan Newman doesn't remember horrific crash, but remembers walking out of the hospital with his daughters

It certainly would be special for Newman to do it at Daytona, where the series returns again in two weeks for the regular-season finale on the main track.

“I’d obviously like to win it really bad,” Newman said. “That’s a no-brainer, for a playoff berth and just to get in victory lane in any form and any fashion would be pretty spectacular for me. And then obviously some bittersweetness being in Daytona after February.”

Newman beat Kurt Busch, Matt Kenseth and Jimmie Johnson to the finish line in that 2004 IROC race. They are among a handful of current Cup drivers with experience on Daytona's road course. Johnson has seven starts in the Rolex 24 at Daytona in a sports car. Michael McDowell (five) and Kurt Busch (two) also have multiple Rolex starts.

Credit: AP
FILE - In this Feb. 17, 2020, file photo, Ryan Newman (6) goes airborne after crashing into Corey LaJoie (32) during the NASCAR Daytona 500 auto race at Daytona International Speedway in Daytona Beach, Fla. Newman says he will be ready to race when NASCAR resumes competition. He suffered a heady injury in the season-opening race at Daytona International Speedway. NASCAR says he still must be medically cleared. (AP Photo/Chris O'Meara, File)

But the layout this weekend will be slightly different from other road course events here. NASCAR added a chicane at the exit of Turn 4 that will provide another passing zone and another chance to screw up. The extra twist also will slow speeds coming to the start-finish line and potentially avoid a repeat of what happened to Newman in February. His car came to rest on its roof near the entry to the road course.

“I guess my personal opinion on safety is not necessarily the slower the better, but the slower the safer,” Newman said. "If you are going to do this, you have to err toward the side of safety and that will be with lesser speeds and trying to calculate what risk is involved with, again, the angle of impacts that we could have to entertain.”