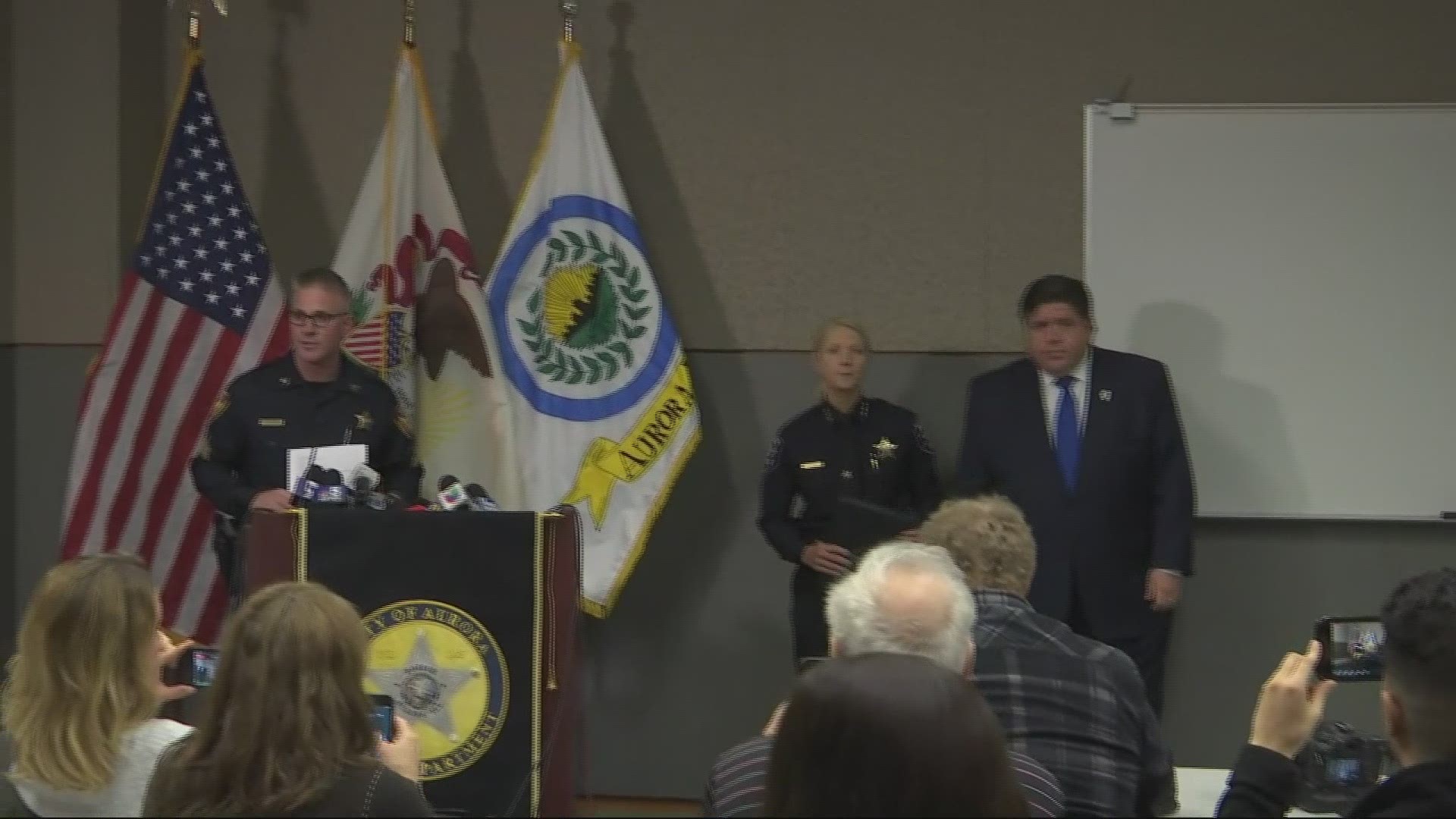 AURORA, Ill. — Police have identified the gunman who killed five people at a suburban Chicago business.

Workers at the plant earlier said Martin was employed there.

For a tense hour, hordes of police and emergency responders reported to the active shooting situation near Highland and Archer in Aurora.

Several local media outlets reported a massive police response at a manufacturing facility. which was identified as Henry Pratt Manufacturing by the local school district.

Aurora Police tweeted at 2:43 p.m. CT there was an active shooter incident at 641 Archer Avenue but did not comment on any possible injuries or fatalities.

A witness who said he works in the building, John Probst, told ABC7 Chicago that a man who worked there "went ballistic" and was armed with a pistol.  He told the television station the suspected shooter was in his 30s-40s and had worked there for about 15 years.

Probst said he was not hurt, but another colleague was "bleeding pretty bad."

The West Aurora School District 129 nearby reported they are holding students in place for their safety.

The Henry Pratt Company – which makes valves for potable water, wastewater, power generation and industrial markets - has long been based in the Chicago area.

ATF Chicago tweeted they are also responding to a reported active shooter situation in Aurora.

Sen. Dick Durbin (D-IL) tweeted his heart "breaks for Aurora." He said he is tracking updates with his staff and thanked law enforcement responding to the emergency.

"This is a scary, sad day for all Illinoisans and Americans," she tweeted. "Thank you to the brave first responders who risked their lives this afternoon and apprehended the shooter."

The White House says President Donald Trump has been briefed on the shooting in Illinois and is monitoring the situation. The president tweeted: "Great job by law enforcement in Aurora, Illinois. Heartfelt condolences to all of the victims and their families."

Spokesman Sarah Sanders issued her statement Friday as Trump prepared to depart for a weekend trip to his home in Palm Beach, Florida.

Aurora, Ill. is a far southwest suburb of Chicago, about 40 miles from the downtown area.

This story will be updated as more information becomes available.