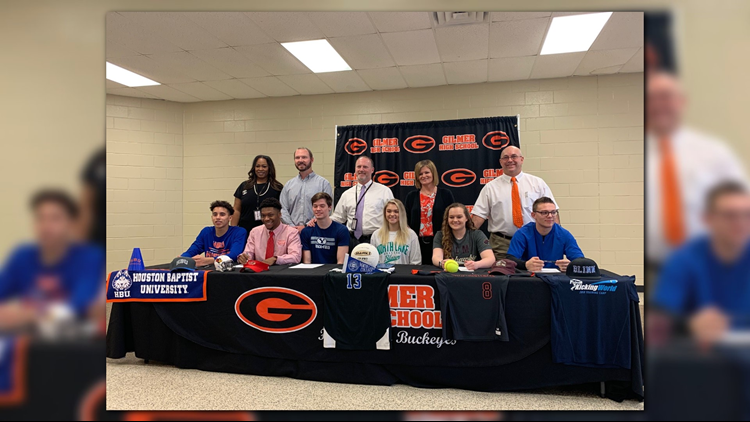 Student-athletes from all over the Piney Woods are taking their athletic and academic talents to the next level.
Author: KYTX Sports
Published: 2:28 PM CST January 29, 2019
Updated: 9:43 AM CST February 7, 2019

TYLER, Texas — National Signing Day is one of the most-anticipated days of the year for college sports fans.

However, it is also the day that can change a student-athlete's life forever.

On this day, high school and junior college student-athletes sign a National Letter of Intent (NLI) to commit to playing athletics at the collegiate level.

The NCAA manages the daily operations of the NLI program while the Collegiate Commissioners Association (CCA) provides governance oversight of the program. The program, which started in 1964 with seven conferences and eight independent institutions, now includes 657 Division I and Division II participating institutions.

The NLI is a binding agreement between a prospective student-athlete and an NLI member institution:

If a student-athlete does not fulfill his or her NLI agreement, he or she has to serve one year in residence (full-time, two semesters or three quarters) at the next NLI member institution and lose one season of competition in all sports.

CBS19 is all over the Piney Woods today capturing the moments which will kick-start some of the best years of these student-athletes' lives.

Congratulations to all of those set to continue their athletic and academic careers.

And to quote the GREATEST OF ALL-TIME:

CBS19 will update this story throughout the day.

RELATED: WE'VE GOT YOU COVERED: Download the CBS19 apps today

If you know of a student-athlete who is signing, please send the following information to news@cbs19.tv:

College they're signing with