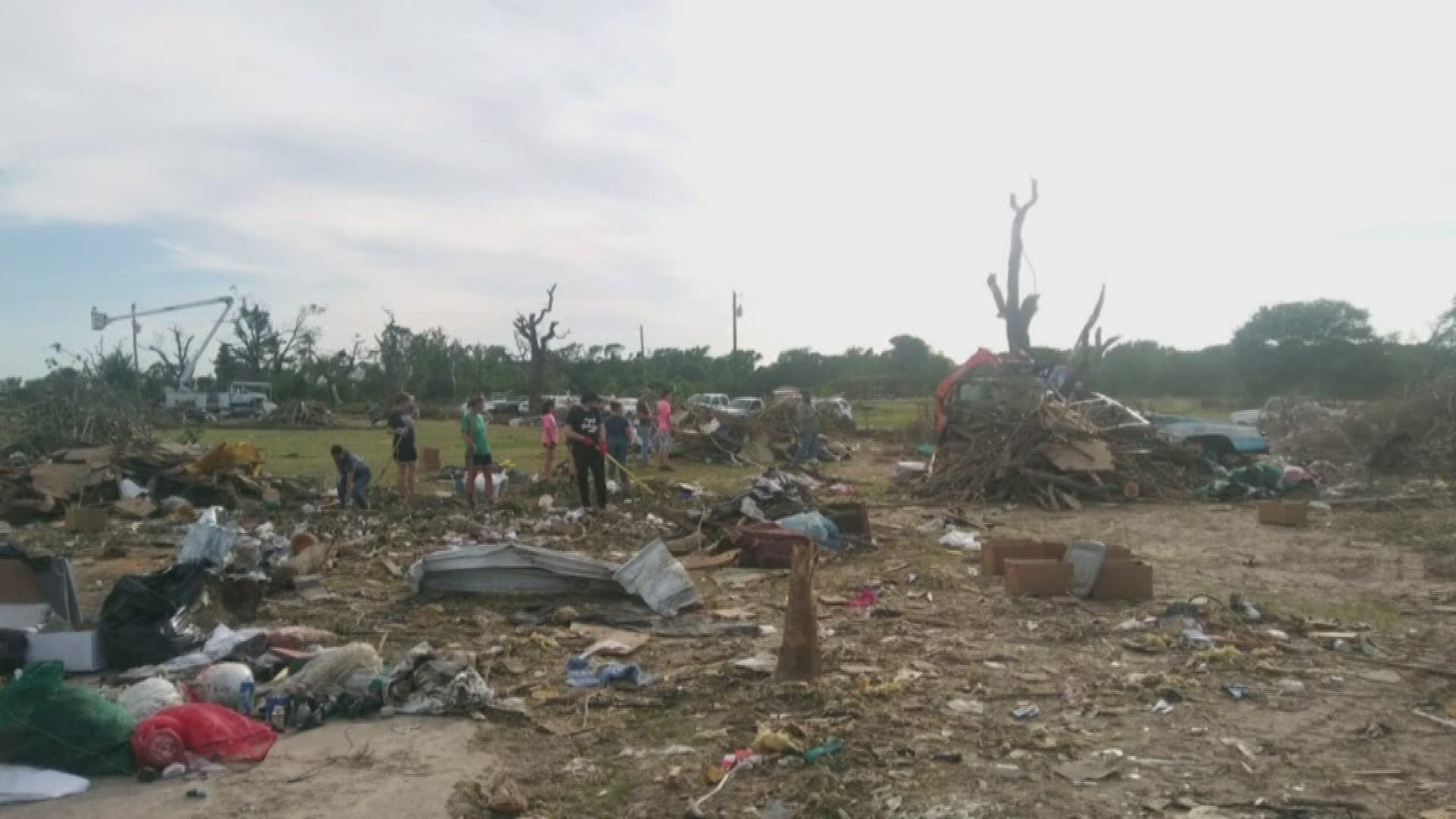 Gregg Sherlock is a family man who has lived in his southeast Canton home for 30 years. When his wife and two young children pulled up and saw their lives splintered into nothing, they said they were totally devastated. They do not have home insurance, Gregg says he had no idea what he was going to do.

"Everything that we had was now in a million pieces," Sherlock said.

Before he even knew that anyone else knew their home had been wrecked, the army appeared. Regular people poured in to the Sherlock’s neighborhood by the dozens, unaffiliated with any group, just wanting to allieviate suffering.

"You'd have 80, 90 people out here donating their time and effort to help us go through everything and we didn't even know their names,” Sherlock said.

At the head of the volunteers is Tiffany Paden, a hair stylist from Garland. Just hours after the storm hit, she jumped on Facebook and started recruiting.

"My daughter looked over at me and she said, ‘Mommy are you going to go help them?’ And I said of course I am, there's no other option," Paden said.

Hundreds responded, construction workers, folks with heavy duty equipment, business owners, people with smaller equipment, all using their own resources to respond to the disaster site.

"We're focused on the uninsured and the under-insured, those are the individuals that aren't going to get help from an insurance company, those that won’t have insurance go in and pay for the tree removal the debris removal,” Paden said. “We focus more on the unmet need."

"The kindness of all these people donating their time and their love and their effort has made it to where we've gotten a little normalcy back in our lives and we've been able to recover some things that were very important to us," Sherlock said.

Despite all of the help the Sherlock’s have received they still have a long way to recovery.

A link to their GoFundMe page can be found here.