New law requires all Texas boaters to use this safety item

'Kali's Law' went into effect September 1st, but law enforcement officers say they still have to 'educate as they go' to people boating on Texas lakes. 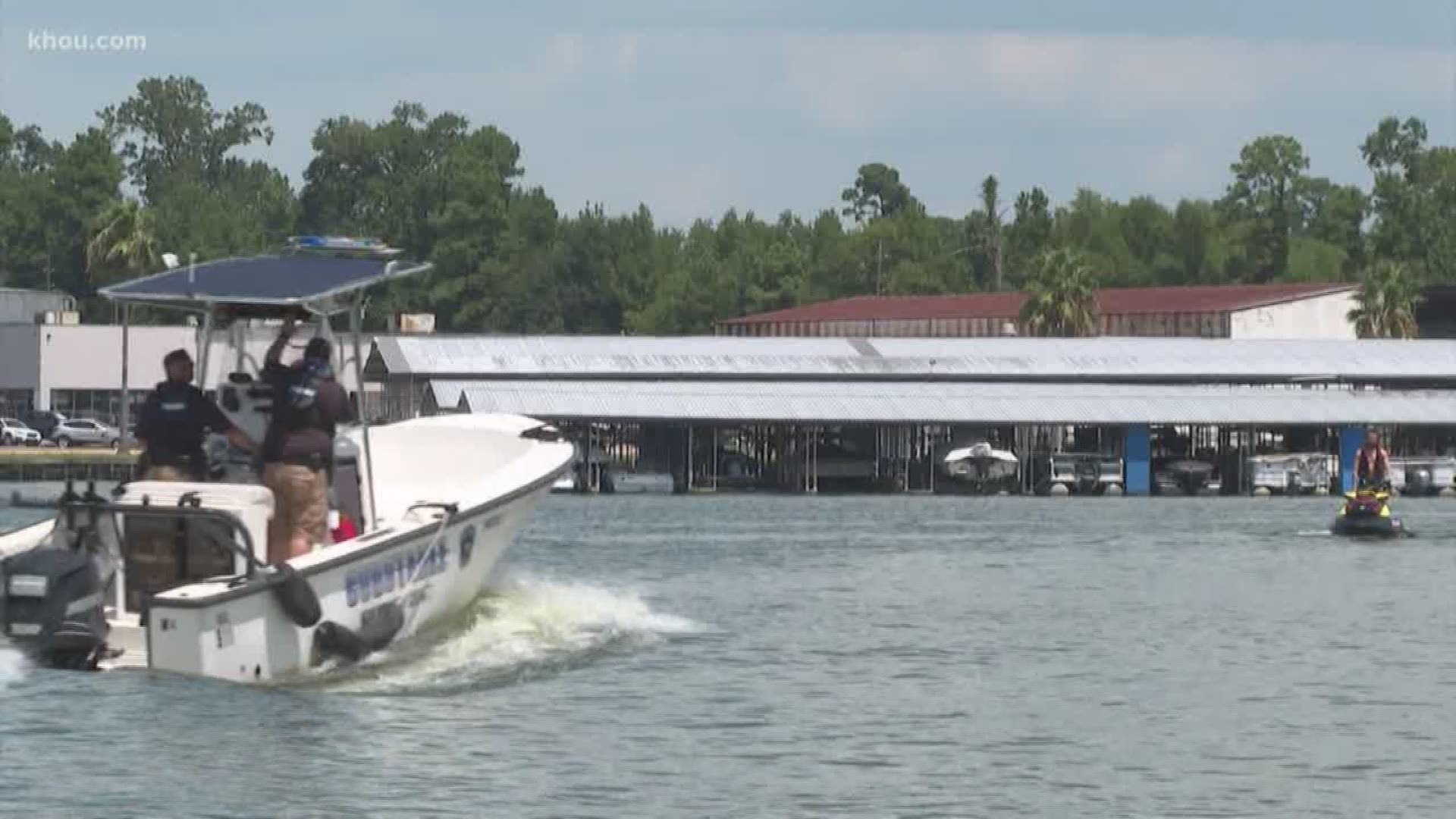 CONROE, Texas — Law enforcement officers are still educating people about the new law requiring all boat operators in Texas to wear a killswitch at all times.

"Kali's law" went into effect on September 1st. Kali’s Law was established in response to the fatality of Kali Gorzell, a 16-year-old girl who was struck and killed by a boat propeller near Aransas Pass in 2012.

The killswitch shuts off the boat's engine if the driver falls in the water or cannot operate the boat for whatever reason.

Labor Day Weekend was one of the busiest weekend on one of Texas' most popular lakes: Lake Conroe.

Montgomery County Precinct 1 Constable's deputies are part of a team of five of boats and six officers that patrols the lake, responding to crashes, enforcing BWI (boating while intoxicated), and educating boaters about the new law.

"This is a huge recreational lake. This lake brings people in from all over the state of Texas doing all sorts of recreation you could possibly think of so it’s a never a boring job," said Lt. Tim Cade with the Precinct 1 Constable's Office. ”The laws are the same as on the streets: you can’t drive a boat if you’re .08 or above.”

Thousands of boaters are getting out on the lakes in this late summer heat.

”There really is no average day of patrols out here," said Lt. Cade. ”There’s a learning curve every time you introduce a new law."

Cade said they have to "enforce and educate as they go," meaning some boaters already know the law and are using the killswitch already. Many though, are still unfamiliar, and the deputies said they will need to keep educating as long as the weather is nice enough to be on the water.

Charlie Glendinning and his family were out on the water enjoying the long weekend sunshine.

”We hear about terrible things all the time associated with the engine still running," said Glendinning. ”I thought, ‘wow, that’s kind of different. They must be getting really serious about it.’”

Glendinning said the three-foot cord that the switch is attached to can be a little restrictive to operator.

”The more comfortable it is, the more likely people are to use it," said Glendinning.

The new law does not require the retrofitting of older vessels that are not equipped with a kill switch.. It does not permit the removal of a kill switch device that was originally installed on the vessel. Wireless kill switch devices are permitted for those with concerns about the lanyard style devices, according to the Texas Parks and Wildlife Department.