Teen on first parachute jump killed along with veteran skydiver

Jeanna Triplicata was on a tandem jump with an instructor near Thomaston when, according to investigators, both chutes failed to open properly. 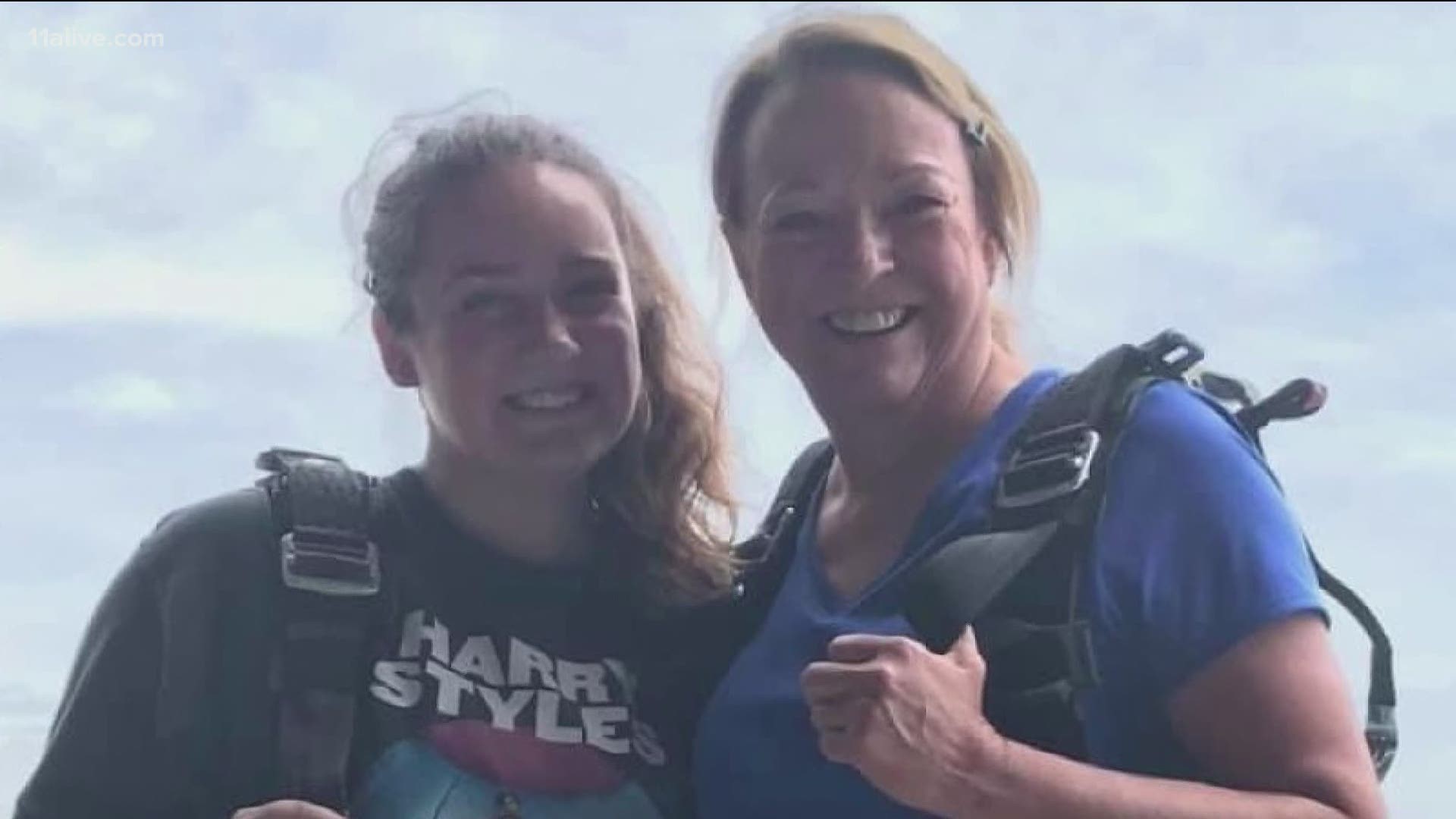 THOMASTON, Ga. — Just before she boarded a skydiving plane on Sunday for her first-ever parachute jump, Jeanna Triplicata - who turned 18 in May - posed for a photo next to her grandmother, Renee, and both of them were excited.

“That morning (Jeanna) wasn’t afraid, she wasn’t apprehensive, she was just ready to do it,” said her father, Joey Triplicata.

Jeanna and Renee had always been close. And granddaughter and grandmother had always wanted to skydive. So, Sunday, they went up in the plane together.

Each jumped in tandem with a professional skydiver from Skydive Atlanta, based near Thomaston.

The whole family was at the airfield to watch.

Joey Triplicata said Renee and her skydiver landed first, and they were all smiles.

Then, everyone looked up, looking for the orange chute they knew Jeanna’s instructor had picked for their jump.

1 / 6
Courtesy of Joey Triplicata
Jeanna Triplicata was killed in a Skydiving accident on Sunday, July 12, 2020.

“We saw an orange-ish type of chute kind of far away, off in the distance, that was actually spinning, upside down,” Joey said Monday from the family’s home in Newnan. “And my wife actually turned to me and said, ‘I hope that’s not Jeanna.’”

They jumped into their van and sped across the airfield toward the area where they thought Jeanna would have just landed.

A sheriff’s deputy was already there, and kept them away.

Jeanna was killed, along with the Skydive Atlanta professional skydiver who jumped with her, Nick Esposito, 35, of Warner Robins.

“It’s a freak, freak accident,” Joey said Monday, and he said he had been sure the jump would be safe for her.

“As devastating as it is, it was just a mistake” with the chutes or some other piece of equipment. “I don’t know where the mistake was made, they’re obviously investigating, and eventually they’ll find out what happened and tell us. We’re desperate to know that.”

Skydive Atlanta was not commenting Monday about Nick Esposito, yet. The owner emailed 11Alive News that everyone is “devastated” and “stunned,” and working to find out what happened at this business that has hosted tens of thousands of jumps safely since 1985.

“We feel bad for Nick and his family,” Joey said. “He was extremely experienced and did thousands of jumps and, you know, somebody that you would want.”

Jeanna Triplicata had just graduated from Northgate High School in Newnan. She loved the north Georgia mountains and was looking forward to attending the University of North Georgia. Her goal: to become an English teacher.

Jeanna’s 15-year-old brother and nine-year-old sister, along with the rest of the family, and her friends, are inconsolable over losing her -- the light of their lives.

“She was positive and smiling, and that’s who she was,” Joey said. “She was just, I mean, a sweet, innocent, gentle, modest, beautiful young woman.”

A family friend set up a GoFundMe page to help with Jeanna’s funeral expenses.

Upson County Sheriff Dan Kilgore tells 11Alive that the preliminary investigation indicates the primary chute failed to open properly, and then, for some reason, the emergency chute opened too late.

Skydive Atlanta wasn’t ready to confirm any details beyond confirming that there was a parachute malfunction immediately following the free fall.

The sheriff said he is hoping his investigators and the FAA will be able to give both families answers soon.

Here is the full statement from Skydive Atlanta:

“On Sunday, July 12th at approximately 1 p.m., a fatal accident occurred during a tandem skydive. After an uneventful freefall, a parachute malfunction occurred resulting in the passing away of both instructor and student. Eyewitnesses confirm that the main parachute was deployed.

"At this time, Skydive Atlanta is working with local authorities and the FAA in this active investigation to clarify the details of what caused the accident.

'Our community is devastated for both our team member and the student and their respective families. We are all stunned and truly at a loss for words as we are a close-knit family. We have spoken with the next of kin and all are asking for privacy while we process and grieve.’

"Skydive Atlanta has been operating for the past 35 years and has hosted tens of thousands of skydives since 1985.”

Georgia State Trooper at right place, time as a baby was delivered on side of road

Bird soars more than 100 miles without flapping wings once