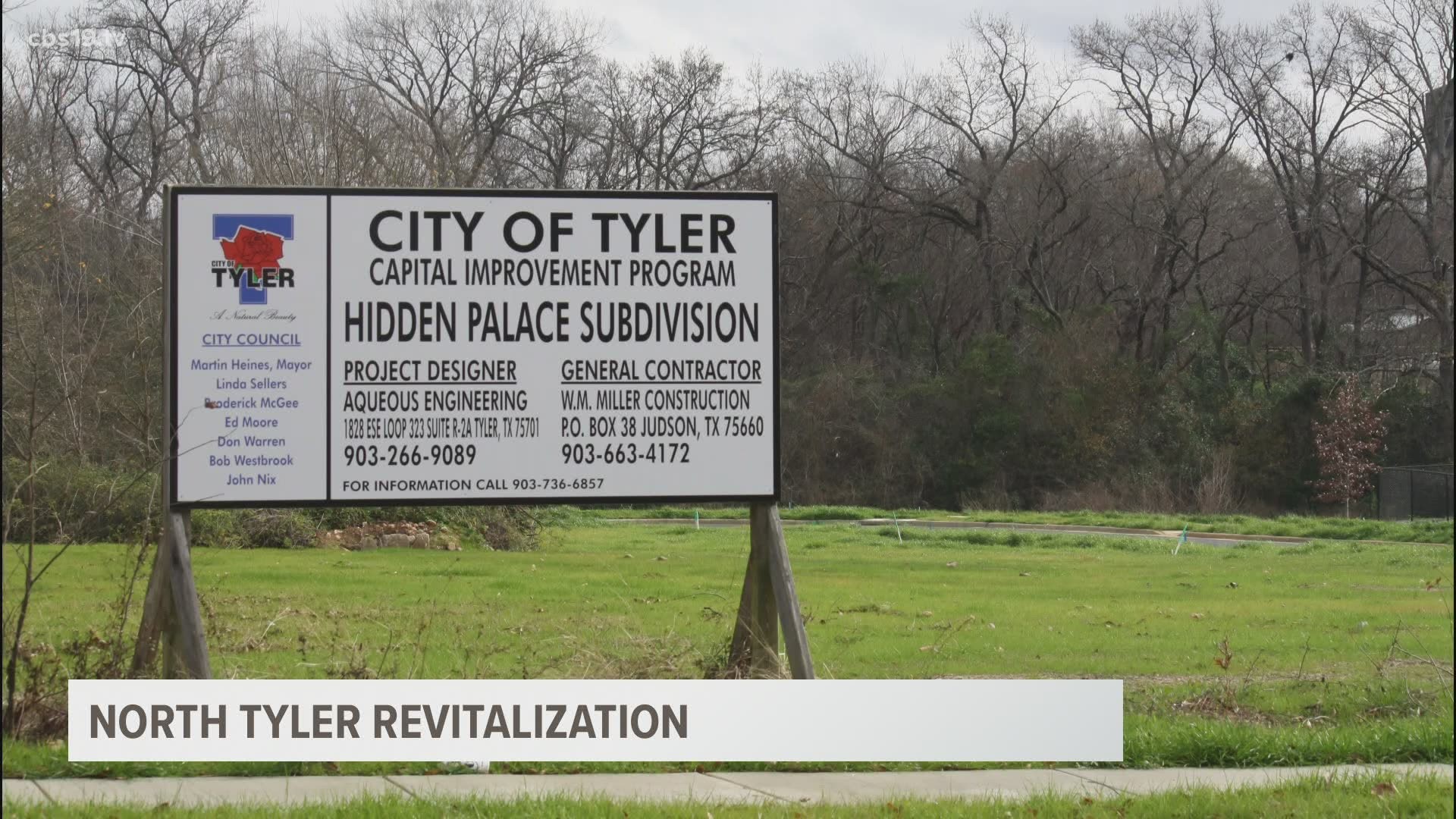 TYLER, Texas — In the 1950s and 1960s, North Tyler was booming with Black-owned businesses. The area had developed into its own business hub known as “The Cut” or ‘The Cutts,” since businesses first started popping up in the area along Vance Street and Palace Avenue in the early 1900s.

That’s when the economic push for central and south of Tyler’s development began, and it’s something North Tyler is still dealing with.

Shirley McKellar, District 3 representative for the Tyler City Council, has lived in North Tyler most of her life. Knowing what it once was and could be again, is one of the reasons she became the area's elected official.

"I’ve spoken with many, many citizens in this community and they've already told me what they want to see happen in North Tyler,” she said.

For years, city officials have worked on plans and projects to revitalize North Tyler and over the last year the fruits of that labor can be seen in some areas like Emmett J. Scott Park, the T.J. Austin Sidewalk Project, and updates to the Glass Recreation Center.

One project the city is currently working on that McKellar says she’s excited for is the Hidden Palace Development, which will be 11 affordable homes. However, she says there’s more ideas for homeowners being discussed.

“Here's a lot of land that's owned by leaders here in this community, so we're looking at other sub-developments, maybe $200,000 homes up,” McKellar said. “Keep in mind, we have a new medical school that's going to be coming.”

Since the pandemic began, the Tyler City Council approved several incentives for North Tyler like targeted home repairs, critical home repairs for the elderly, a change to a city code to attract people to build more homes, and most recently a process was established to help spur economic development.

"What a PID does is that you may have a sub-development, you may have little small shops, boutiques, you may have restaurants, all of those things that I’d like to see have in North Tyler," McKellar explained. "We're going to work to get one over in this area as well."

During a January city council meeting, the members approved a comprehensive policy outlining how future public improvement districts, also known as PID, work. A PID is an economic development tool that allows the creation of a special district within the city wherein the district’s property owners reimburse a developer for the building costs of public infrastructure and improvements within the district.

The City has one proposal for a PID in the west Tyler area at this time, but McKellar is hopeful to attract developers to North Tyler next.

“East Texas is much more economical, we have lots of land, and we're not as congested,” she said.

PIDS will be located within or near the North End Revitalization area according to the Tyler 1st Comprehensive Plan.

RELATED: TIPS: Starting your own business during a pandemic

RELATED: 7-Eleven opens across from Broadway Square Mall in Tyler