The accident occurred on US 59 one mile north of Livingston. 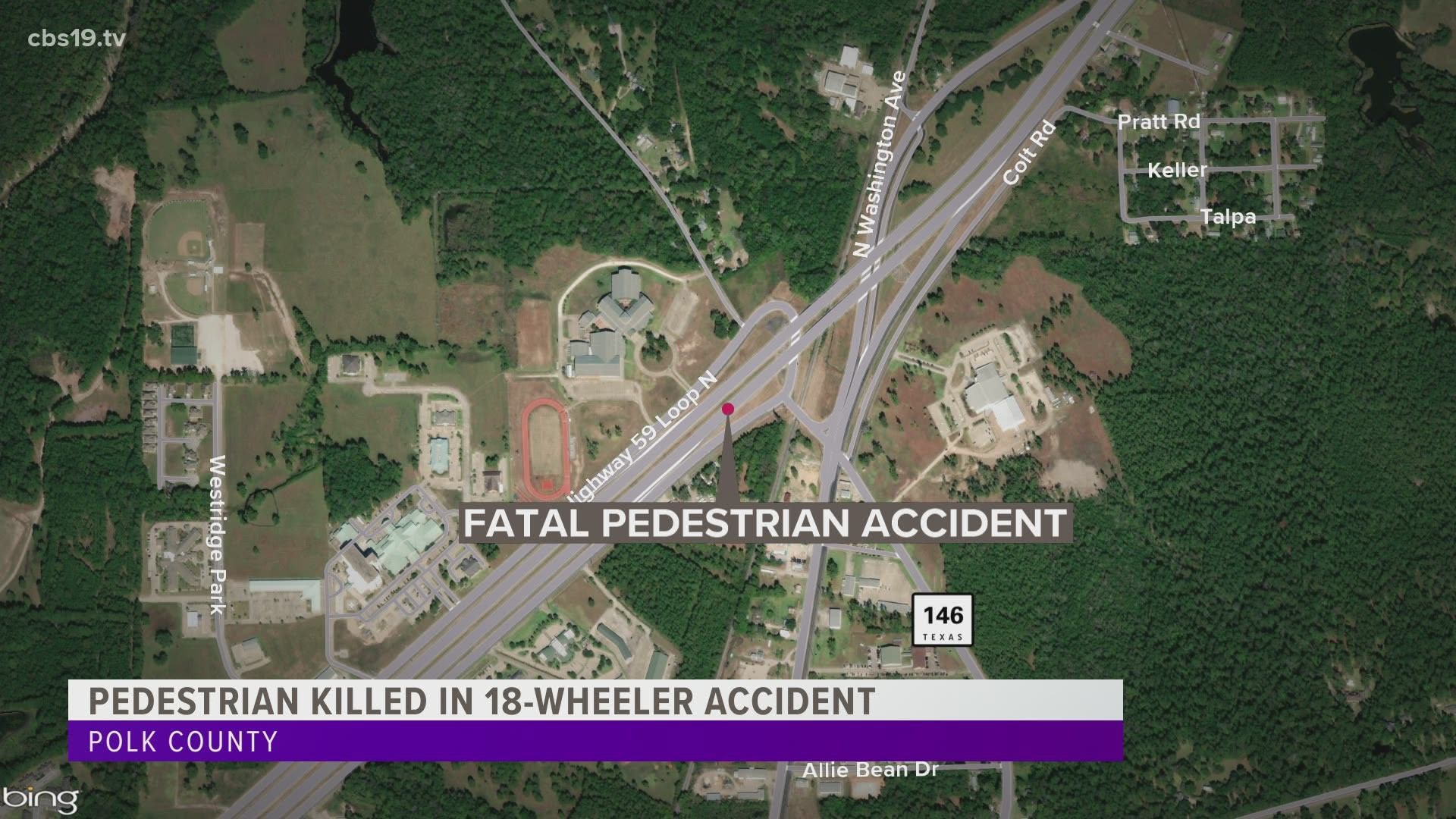 POLK COUNTY, Texas — The Texas Department of Public Safety responded to an auto-pedestrian crash Wednesday night on US 59 one mile north of Livingston.

According to a preliminary crash report, at approximately 6:20 p.m., a 2020 Freightliner truck tractor semi-trailer was traveling south in the outside lane when a pedestrian attempted to cross the highway and ran into the path of the commercial vehicle.

The pedestrian has been identified as 54-year-old Robert Montgomery and was pronounced at the scene.

The driver of the Freightliner truck ,49-year-old Tyrone Freeman, and passenger, 43-year-old Randy Bright of Fairburn, GA, were not injured in the accident.