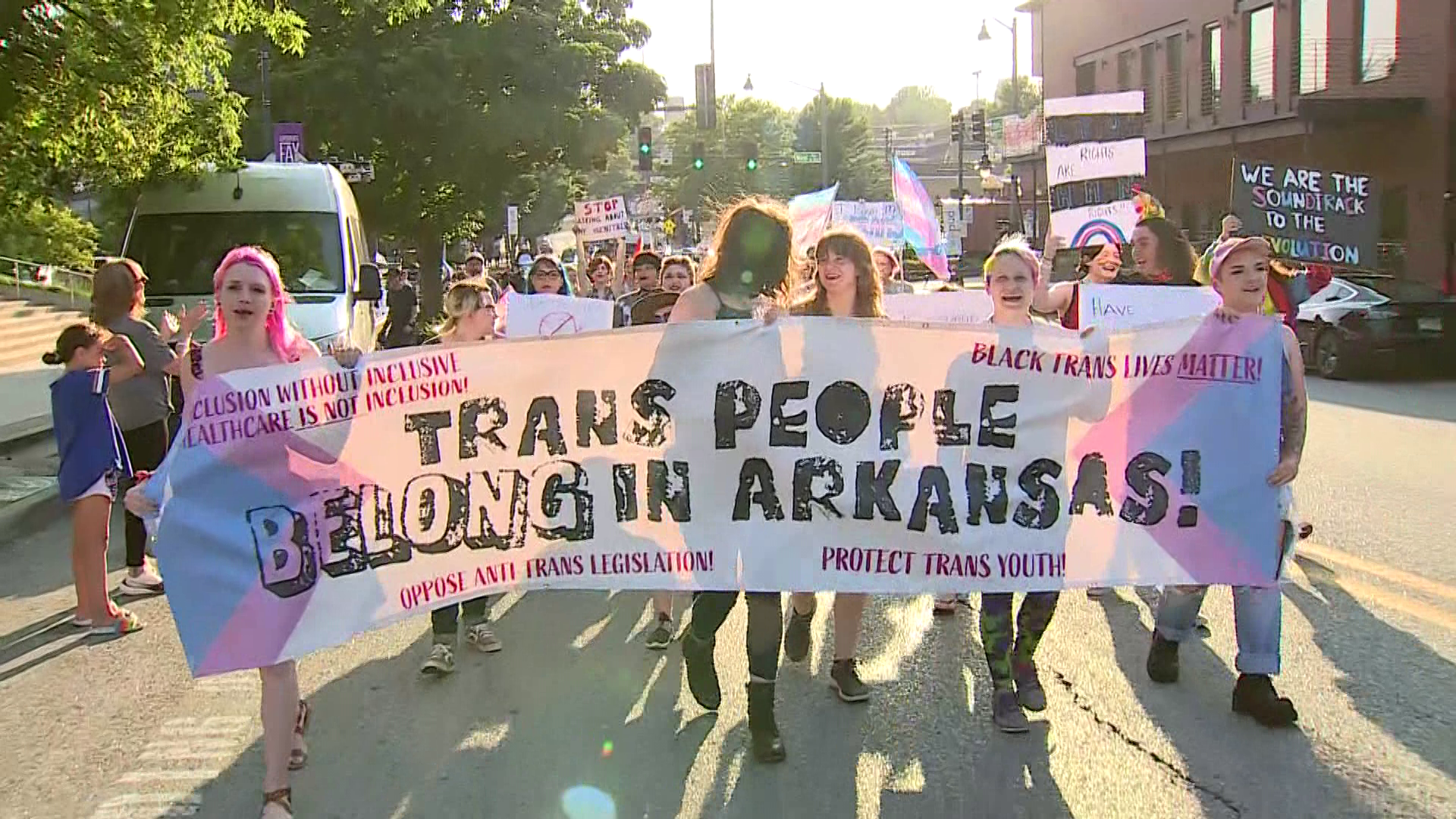 ARKANSAS, USA — According to the Associated Press, a federal judge has temporarily blocked Arkansas' ban on gender confirming treatment for transgender youth.

U.S. District Judge Jay Moody in Little Rock issued the ruling Wednesday. The American Civil Liberties Union filed a lawsuit against the law in May.

The measure prohibits doctors from providing gender confirming hormone treatment, puberty blockers or surgery to anyone under 18 years old or referring them to other providers for the treatment.

“This ruling sends a clear message to states across the country that gender-affirming care is life-saving care, and we won’t let politicians in Arkansas — or anywhere else — take it away,” said Holly Dickson, ACLU of Arkansas executive director.

After being overridden by Gov. Asa Hutchinson, the Arkansas legislator vetoed his decision to enact the ban.

See my statement on the U.S. District Court’s decision to grant a preliminary injunction of Act 626. pic.twitter.com/fbvr3nM6Tt

The law made Arkansas the first state in the nation to ban doctors from providing gender confirming hormone treatment for youth.

Senator Tom Cotton and Attorney General Lesli Rutledge called the ACLU an extremist group and say they approve of the legislation. Rutledge also said she plans to appeal the court's decision.

“I will aggressively defend Arkansas’s law which strongly limits permanent, life-altering sex changes to adolescents," Rutledge said. "I will not sit idly by while radical groups such as the ACLU use our children as pawns for their own social agenda.