"The Texas Debate" will air across all Texas TEGNA stations on-air and digital platforms on Oct. 16 at 8 p.m. 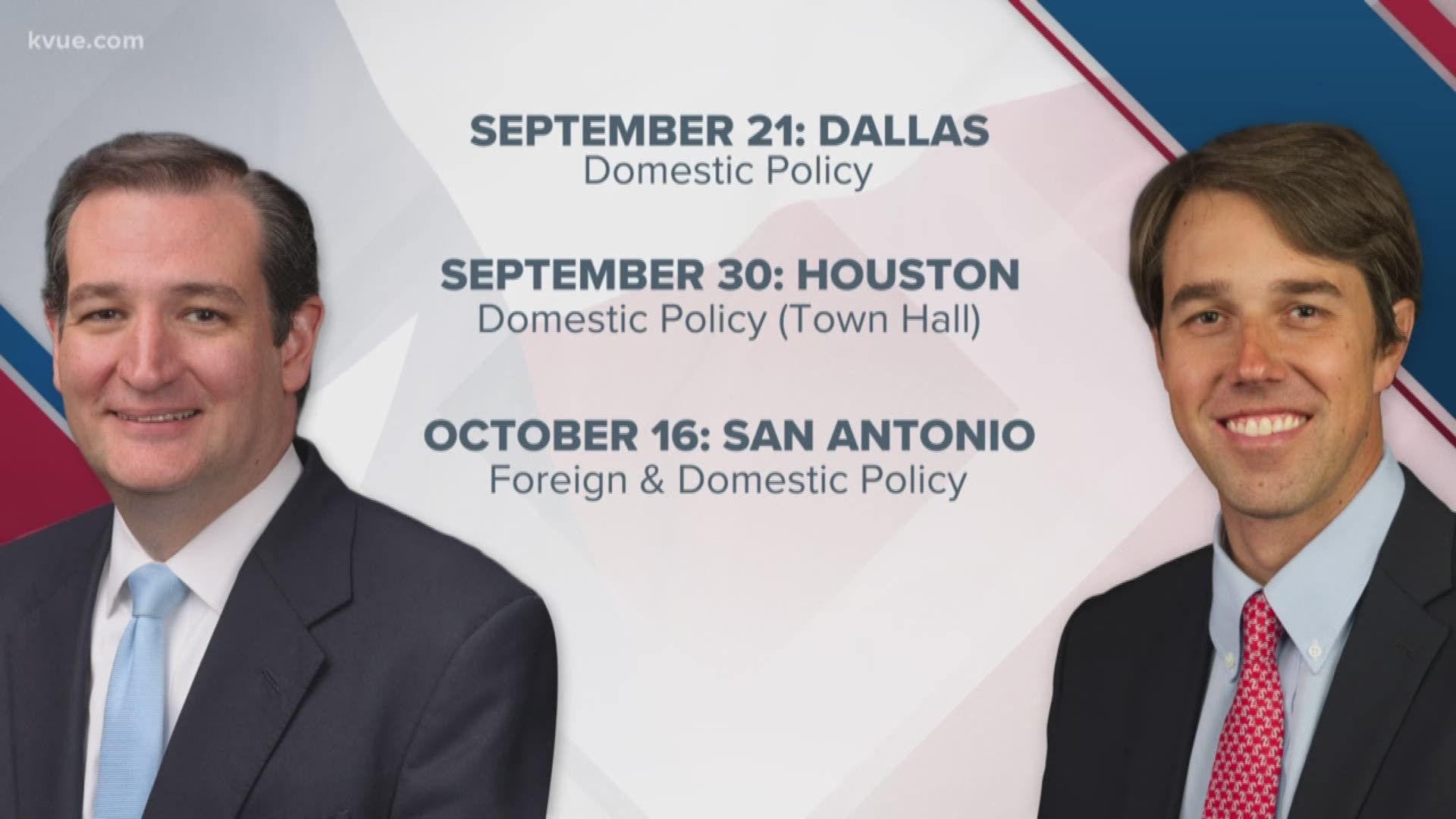 TEXAS — Texas TEGNA stations, including CBS 19, have teamed up to produce and broadcast the final debate in the U.S. Senate race between Sen. Ted Cruz (R-Texas) and Beto O'Rourke (D-El Paso).

Regularly scheduled CBS programming will be moved for the debate. "FBI" will be moved down to 9 p.m. "NCIS: New Orleans" will air after "The Late Late Show with James Corden" at 12:37 a.m.

The debate will take place at KENS in San Antonio, and will be broadcast to all 11 Texas TEGNA stations:

“No one else covers Texas like TEGNA. From San Antonio to San Angelo, Austin to Abilene, and everywhere in between, Texans all over the state will be able to watch ‘The Texas Debate’ live across our many platforms,” said Ellen Crooke, vice president, news, TEGNA. “This is an important election for Texas and is the last opportunity for the two candidates to debate before votes are cast. As broadcasters, it is our responsibility to provide critical news, information and special programming, like this debate, so that voters can make an informed and educated decision about the issues that matter most to them.”

Your civic duty: Why you should vote in the 2018 elections

Everything you need to know about voting this 2018 election season