Texas 1st District Representative Louis Gohmert will face a new challenger from the Democratic party in the 2020 election. 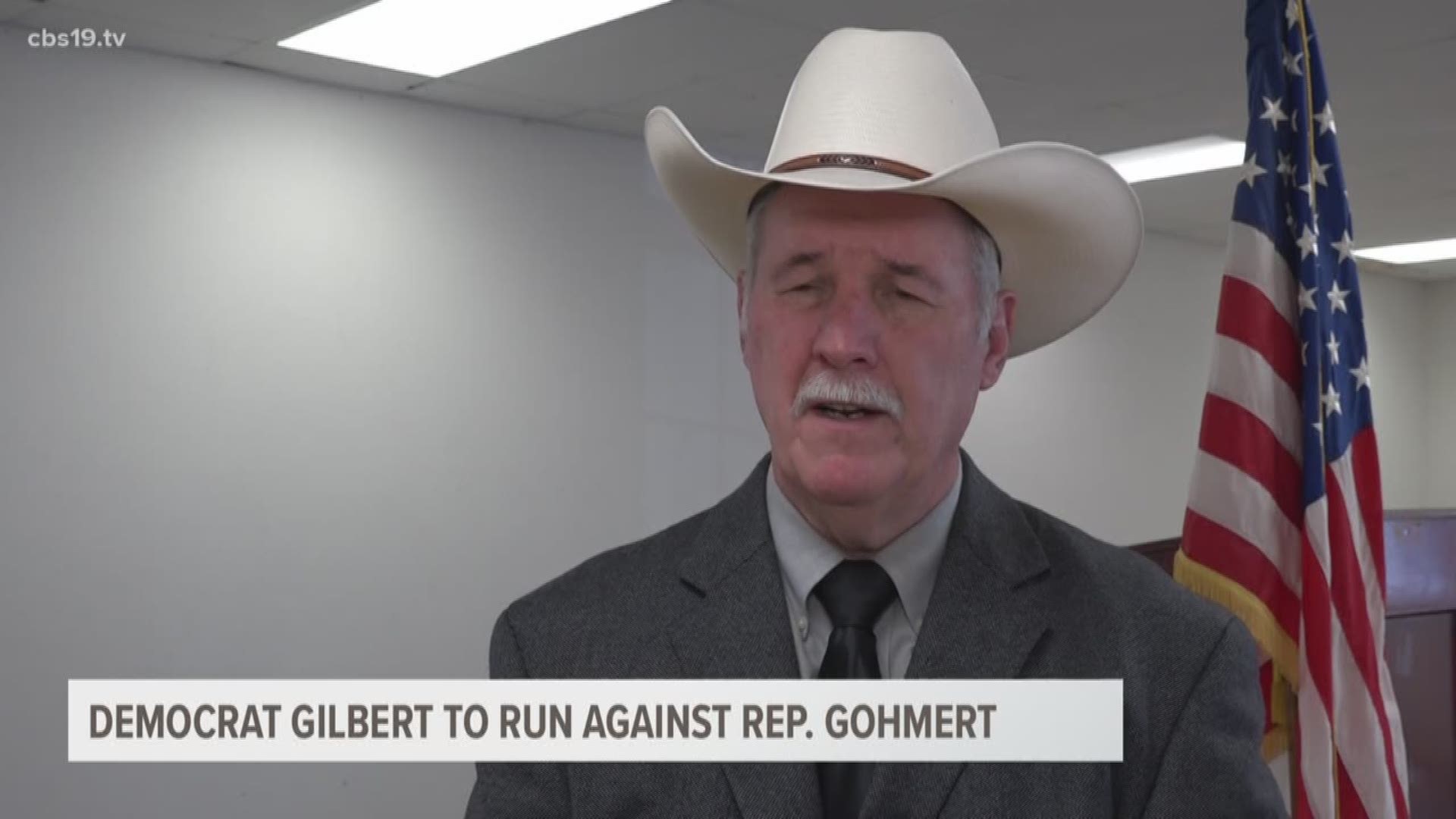 The Tyler democrat says he hopes to bring his East Texan values to Congress.

“We all grew up with a certain set of values that were instilled upon us, through our church, through our leaders of our community, through our workplace," Gilbert said. "And now we’re represented by a man that is just not in touch with those values anymore.".

Gilbert says he identifies as a “conservative democrat," and laid out stances on various issues during his campaign announcement.

He began by criticizing Gohmert’s approach to the economy and backing of the Trump tariffs. Gilbert also proposed a method to fund the first two years of post-high school education.

“I propose that any young person who wants to attend junior college for an apprentice staff program, or trade school, that those two years should be paid for," Gilbert said. "Any young person that wants to achieve a four year degree to become a professional and a field. Two of those years we should pay for."

Gilbert says this plan would not require a tax increase and the money would be found “somewhere else” in the budget.

In addition to these stances, Gilbert says he has gun control measures to be announced in the wake of the Odessa and El Paso shootings.

“The policy that we will introduce will be one that I think will resonate with most people, even those that are hardcore gun owners,” Gilbert said.

While Gohmert is a well-established 15 year veteran of Congress, Gilbert says he hopes to unseat him by listening closely to the concerns of his would-be constituents.

“When I'm back home in the district, I will hold a public town hall twice a year in every one of the 12 counties of this district because I want you to tell me what I need to go up there and work for you to do,” Gilbert said.