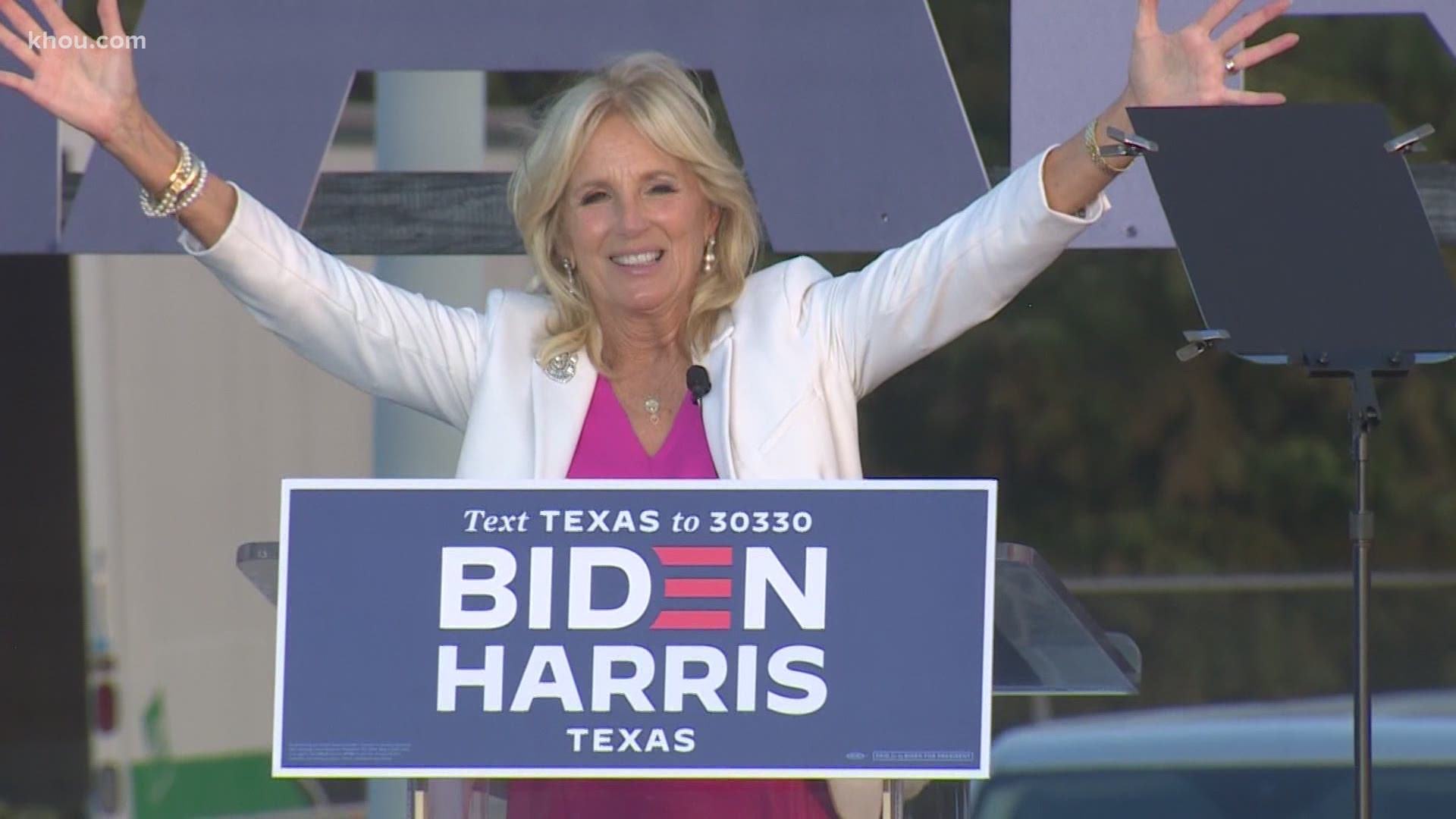 HOUSTON — On the first day of early voting in Texas, Dr. Jill Biden made three stops hoping to encourage turnout among Democratic voters. She visited Houston, Dallas and El Paso. Her message to voters was Texas is within reach and she urged people not to wait to cast their ballots.

“It is such an honor to have you here Dr. Biden, welcome to Harris County," said Judge Lina Hidalgo, who introduced Biden.

In front of a socially distanced crowd, listening from their cars in the parking lot of NRG Stadium, Biden made the case for Democrats in Texas.

“For the first time in a long time, winning Texas is possible," she said.

The audience was young and old.

“I’m part of my school’s chapter for Students Demand Action," said Keira Kavanaugh, a student who said she was invited to attend.

“I wanted to hear her because she’s a very personable person, she’s very relatable," said Cheryl Turner, a Biden supporter.

Supporters were eager to see a presidential candidate's wife campaigning in Houston on the first day of early voting.

“We are in a period where people are actually seeing the impact that Houston and Texas as a whole can have," said Lisa Blinn, a supporter.

“Not only for Joe (Biden), but for the Senate and the State House as well, and if we win here in Texas, we are unstoppable," Jill Biden said.