“Everything’s being checked up thoroughly. We are putting all of our resources out, including people and election equipment.” 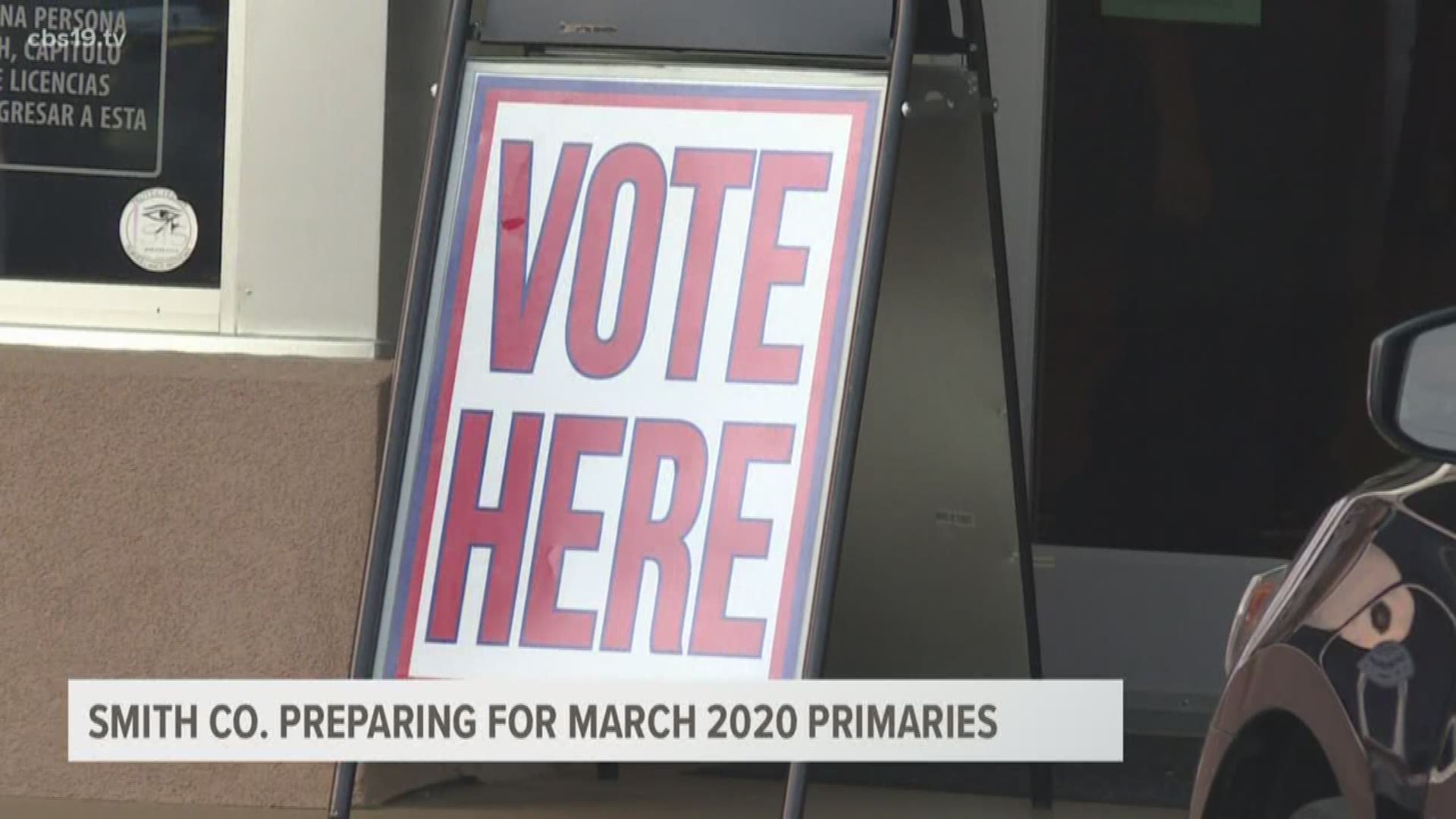 Karen Nelson, the Smith County elections administrator, presented county officials with an update on what her office is doing to prevent similar issues during the Commissioners Court meeting Tuesday.

“Everything’s being checked up thoroughly,” Nelson said. “We are putting all of our resources out, including people and election equipment.”

She says her office has been working to secure polling locations and checking equipment like voting machines and ballot counters.

“We have over 70 check in laptops that are being checked, updated, making sure all the pieces and parts work," Nelson explained.

Not only are Nelson and her staff updating laptops before March, but she says there will be additional laptops at each polling location unlike last time. Each spot will have two, but the busier locations will have three.

“We're taking everything into account, not just connectivity, but also is this a good location for the voters,” said Nelson. "We want to make sure are we using the right Wi Fi, you know."

The polling locations for the primaries have not been determined yet, but Nelson is expecting to know by next Tuesday and present that information during the Commissioners meeting.

Besides checking equipment, Nelson says election workers chosen by the County Republican or Democratic Parties will have different opportunities for training.

There will be 325 people working the primaries.

Smith County Judge Nathaniel Moran also established an election liaison team made up of about 20 county employees to help at the polls with the setup process. This team is not included in number of election workers.

“They've been trained, and it's just another set of eyes out there, another person that they (elections workers) can rely on to help them,” Nelson explained.