Executive Director of Breckenridge Village of Tyler Steven Campbell says this will help enable the facility to serve more people. 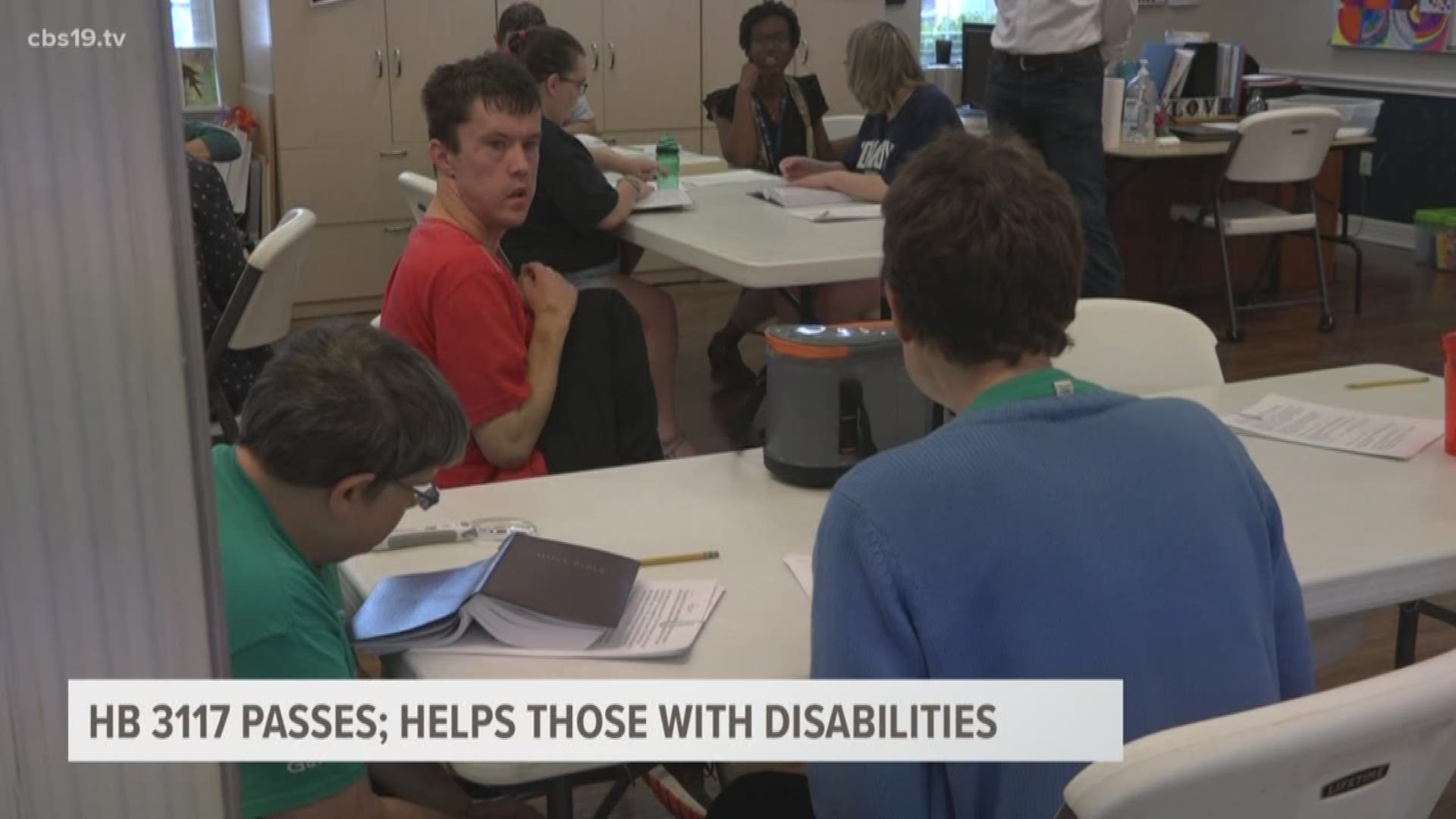 TYLER, Texas — Governor Greg Abbott signed House Bill 3117 into law on Friday, which will change the licensing process for places like Breckenridge Village of Tyler to provide for people with intellectual disabilities.

Executive Director of BVT Steven Campbell says this will help enable the facility to serve more people due to the changes.

Obtaining a license is a long, complicated and expensive process.

"There's a finite number of licenses available to operate these facilities," Campbell said. "And so in order to obtain one, you have to wait until someone closes down or one is suspended."

With a list of over 80 people interested in moving into BVT, Campbell reached out to Texas State Representative Matt Schaefer, who then authored and advocated for the bill.

"It's red tape," Rep. Schaefer said. "It's pure red tape, and so that's when Steven came to us with this problem."

BVT has completed construction on three new homes that have been sitting empty. Each home allows six individuals with intellectual disabilities to live there, but the licensing process is the reason they have stayed vacant.

The group was able to fill the beds in one of the buildings after recently obtaining a license through a broker.

With the law taking effect September 1, it will allow BVT to apply for a license to then open up the remaining homes, allowing them to take care of 12 more individuals.

Touring the facility Wednesday, many of the residents say their favorite activities include candle making, aerobics, Bible study and more.

The group also volunteers at Meals on Wheels, Jesus Closet, the East Texas Food Bank and donate Bibles to the Salvation Army. Some of the residents also knit caps for orphans in Maldova.

These efforts allow the residents to help serve the community that serves them.them.