Why are some prominent Republicans still silent on Texas' new abortion law?

Former President Trump, for example, said he wasn't yet sure what to think about it. 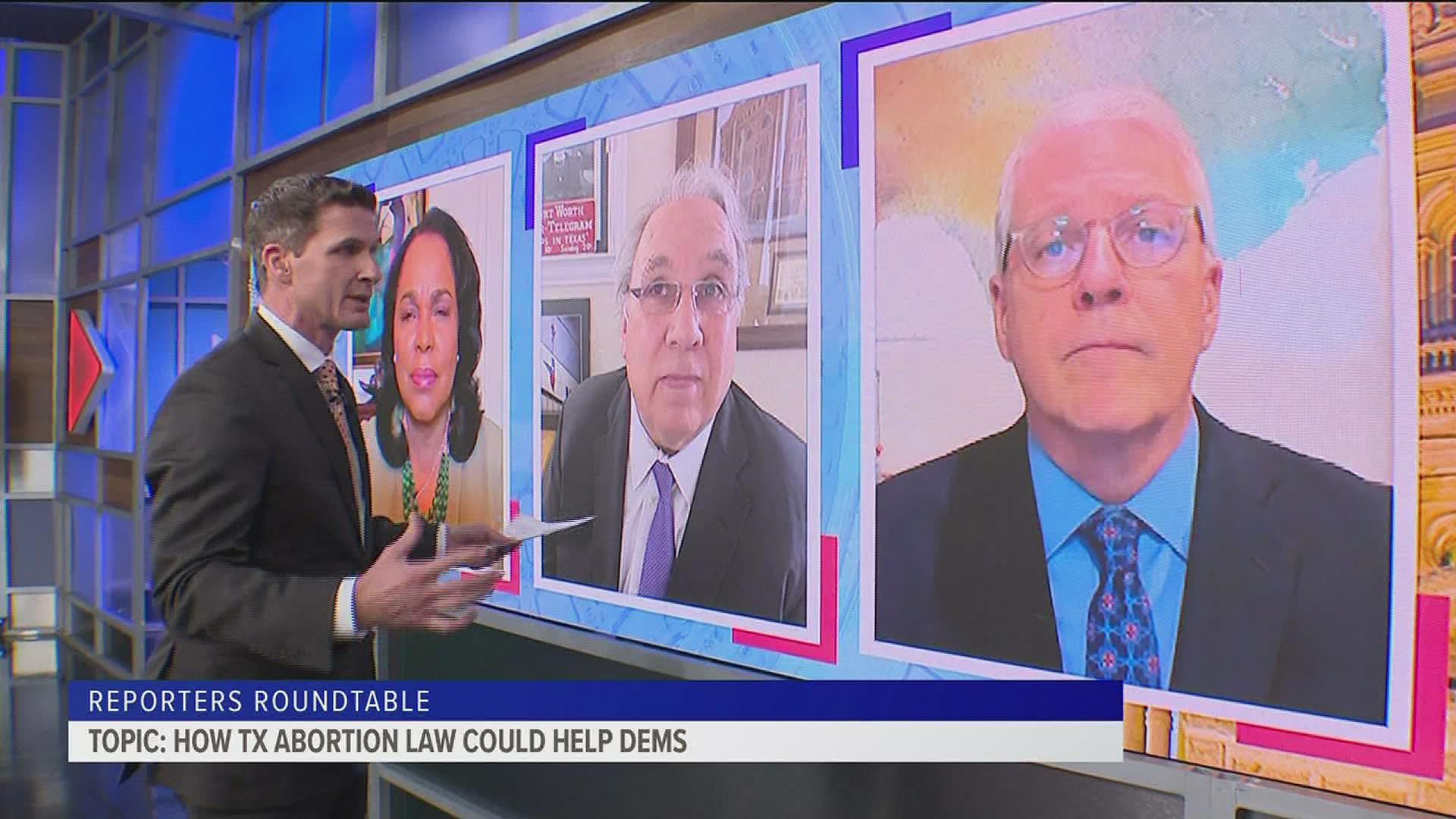 The state's new abortion law - which bans the medical procedure after six weeks and allows any private citizen to sue anyone who helps facilitate that abortion in any way - is being talked about across the country.

Noticeably absent from the conversation, however, are some prominent Republicans. Former President Trump, for example, said he wasn't yet sure what to think about it.

The author of the bill that was signed into law is state Sen. Bryan Hughes, a Republican from Mineola - in East Texas. He said he thinks the law taking effect "just caught some people by surprise."

"We're accustomed to passing pro-life laws, we pass them somewhat regularly, and they're always blocked by the courts, pending litigation," he explained. "I think when we passed a law in Texas and it took effect, it kind of shocked everyone."

However, the law is still headed to the courts now, being taken on by the United States Justice Department.

Meanwhile, politically, a Washington Post columnist said that this was the best thing that could happen to the Biden/Harris administration because it diverted the attention from Afghanistan and could be a motivating issue for Democrats now.

Lawmakers will return to Austin - again - on Sept. 20. This will be the third special legislative session of the year.

Redistricting is the big item on the agenda, but there are a few other things lawmakers will consider. We're all watching to see how Texas gets carved up for redistricting. Can they do that in 30-days? And what else of note - do lawmakers have to consider?

Ross Ramsey, the co-founder and executive editor of the Texas Tribune, said he doesn't doubt legislators will be able to get redistricting done in 30 days - they have to. As for what else: he predicted a bill regulating transgender athletes, mask mandates and another bill - vetoed by Abbott - connected to dog tethering would also be on the table.

Politics in the classroom

We have watched the classroom become one of the biggest battlegrounds in the culture war. Mask mandates. Critical Race Theory. Even which sports teams that transgender athletes should play on are hotly debated.

Randi Weingarten - the national president of the American Federation of Teachers - shared a plea with Inside Texas Politics' Jason Whitely.

"These cultural issues, these issues that undermine who kids are, what they want to be for themselves - they really are terrible for kids," Weingarten said. "These are culture issues that adults play with to try to divide people. If you were the parent of someone who is trans, you would know that this kind of bill hurts your kid. Let's stop it. Let's stop making kids pawns on cultural issues. Let's teach them. Let's care for them. Let's give them a welcoming and safe environment, and not make them pawns in somebody else's political issues."

Meanwhile, in the classrooms of higher education, the NAACP and some student groups are suing the University of Texas in Austin over the school song, "The Eyes of Texas." They argue that because of its history, it creates a hostile campus environment for black athletes and students. How is this expected to play out?

Labor Day is traditionally when political campaigns really ramp up, but that date has come and gone with no Democrat challenging Republican Gov. Greg Abbott.

Republicans clearly think Greg Abbott is vulnerable next year - he has a couple of GOP challengers. So, why don't Democrats seem eager to get in the race and take him on, especially with his poll numbers sagging?

Jason Whitely and Jason Wheeler spoke with veteran Texas Democrat Harold Cook in the next episode of WFAA's Y'all-itics podcast, which drops Tuesday. Cook said that it's probably because of Beto O'rourke.

"(He) is going to freeze the field - if there is a field - until he makes up his mind and announces whether he's going to run or not."

Subscribe to listen to Tuesday's episode of Y'all-itics, or listen wherever you get your podcasts: Apple Podcasts | Spotify | Stitcher | Amazon Music