John Wiley Price on his legacy: 'I want it to be that Dallas was better because I came through'

County Commissioner John Wiley Price has been a political fixture in Dallas since the 1980s. He sat down for a rare interview with Inside Texas Politics. 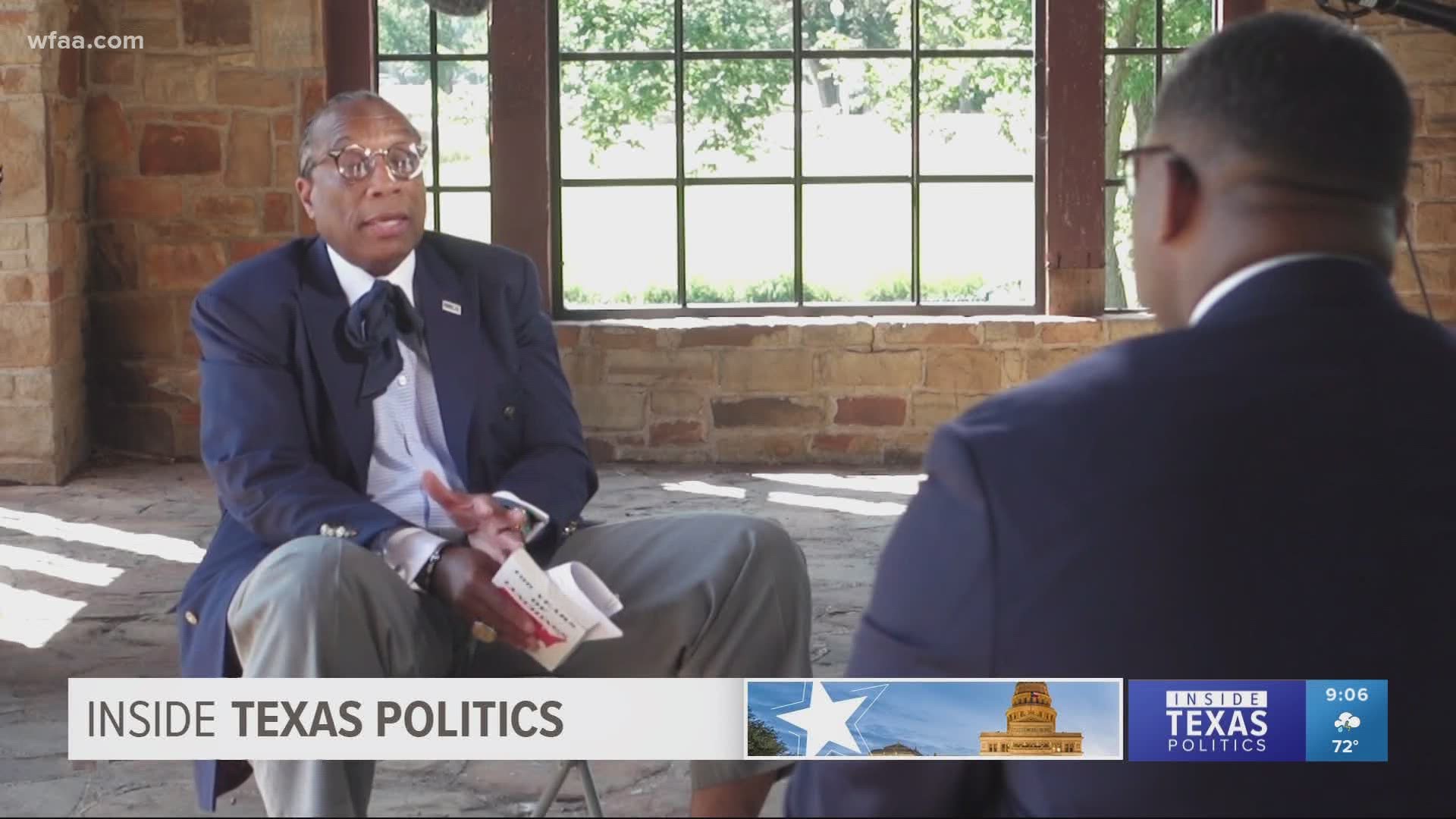 DALLAS — John Wiley Price has been a fixture in Dallas County politics since the 1980s.

Like him or not, he has been front and center of politics in Dallas for decades. Price has served as county commissioner for 35 years, representing District 3. He's also the only Black commissioner elected in Dallas County.

But Price has avoided interviews for years. For Sunday’s Inside Texas Politics, he sat down with us for a rare discussion.

Price answered our questions on everything from the protests sparked by the killing of George Floyd to the COVID-19 pandemic, and even his own political future.

You can watch the full conversation below:

Here are some highlights of that interview:

He doesn’t quite know why George Floyd’s killing has sparked such a movement. But he does know a new generation is leading the way.

“I’m always hopeful. I think the Bible says each generation will be weaker but will be wiser. I think that this generation has the opportunity. But I want them to be a real student of history and learn from what has happened in the past. Again, I’ve seen all of this. I’ve seen when there is a cognitive recognition, there is an emotive response. So they’re responding.”

What role does his generation play in the movement?

“I think that if young people want to listen, we’ve tried to create some bookends. I know when we were picketing… and we were on the picket line for over 10 years: daily, cold, rain, heat… The difference is, is that we thought we learned something from Dr. King and that movement even to the point that we had captains.

"I was over at Channel 8 for a little while and I think I went to jail two or three times in one day at Channel 8. But the protestors did not leave post. Captains were in place. Every time I made my bail, I came back. Dr. King said if you see a law and you feel it’s unlawful and you’re willing to break it, then you must accept the consequences. He said to do otherwise is anarchy. And so that’s what I’m trying to get the young people to say.”

Note: Price protested at WFAA in the early '90s.

Protesting at night is a big difference between the generations

“What frightens me? Protesting at night. I never would have fathomed protesting at night… night is dangerous for everybody. And so I don’t even understand it. You’ve got all day to be strategic. I’ve never known that.”

Despite his history of controversy and confrontation, John Wiley Price said in a recent op-ed that there comes a point when confrontation becomes counterproductive. Has he changed? 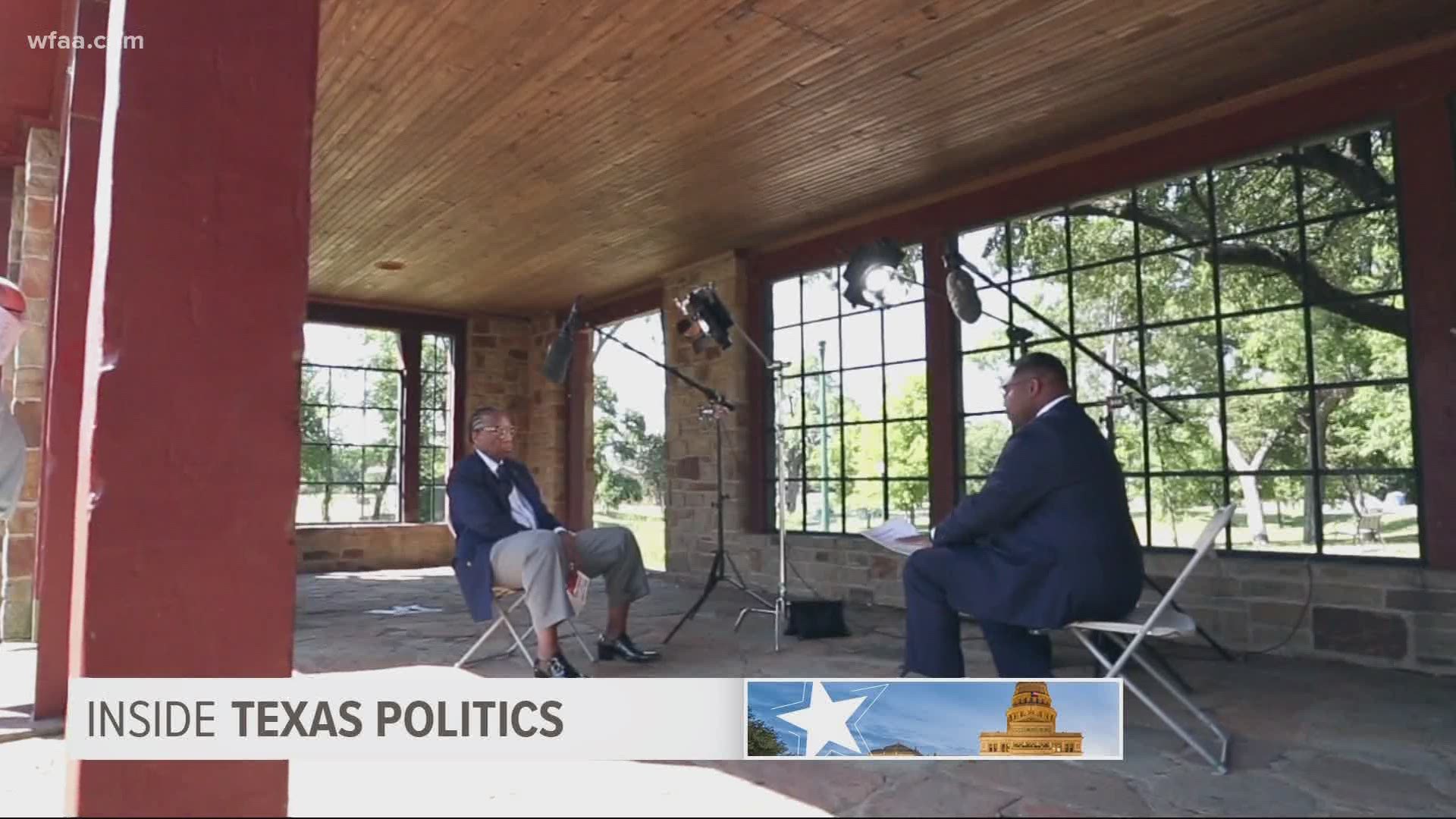 Dallas County Commissioners voted unanimously on June 16, 2020 to declare racism a public health crisis. Will this lead to anything concrete, or was is largely symbolic?

“I think something concrete will come out of it. If it would have just been John Wiley Price authoring four pages of words, then they would have said there he goes again. But it had footnotes. If you look at that resolution, it had the kind of verification from John Hopkins, from the Center for Disease Control and when you hear Dr. Casanova, head of the local Dallas County Medical Society, sign up and speak in affirming that kind of resolution, I think it speaks volumes.”

“Probably when elephants fly. I don’t have a lot of confidence that that’s going to happen. But you know, all politics is local. Let’s start at home.”

Does he have other political aspirations now?

“None. None. That’s for a different generation.”

1. WFAA-TV’s political producer Berna Dean Steptoe arranged the interview with Dallas County Commissioner John Wiley Price. We've been wanting to talk with him for a while. Why did he decide to talk now?

2. Local governments can't require people to wear masks but can fine businesses that don't require them. Did Texas Governor Greg Abbott flip-flop – relinquish local control – after taking it away?

More from Inside Texas Politics: