Inside Texas Politics: Congressman believes it will take more than $4 billion to solve border crisis

“The crisis is something that emanates from years of ignoring the needs in these countries that are south of the border,” said Rep. Al Green, D-Houston. 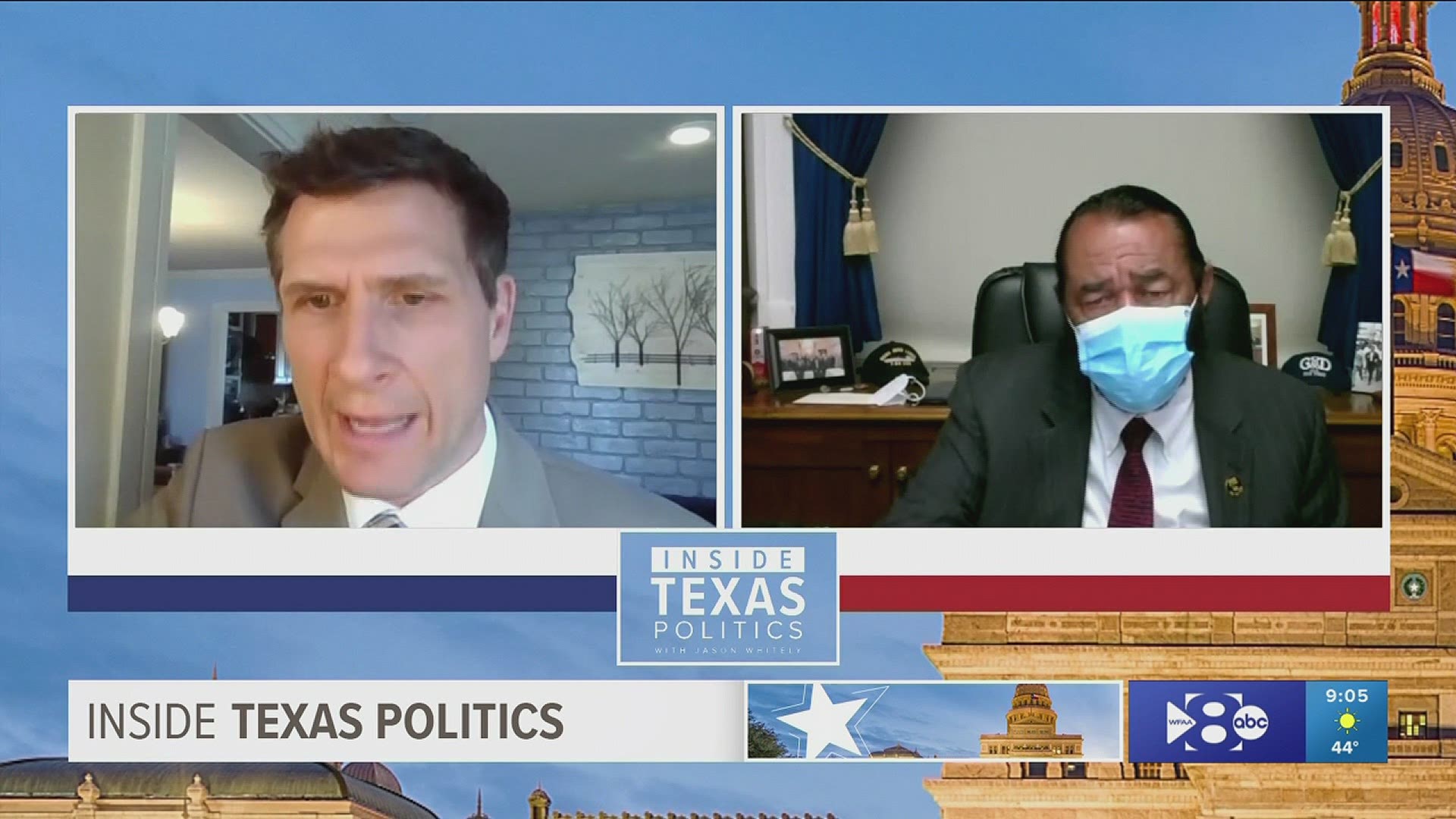 Houston Rep. Al Green says he sees both a crisis and a challenge in the recent surge along the Texas-Mexico border.

The challenge, the Democrat said, is trying to do what they can to help families, particularly the thousands of migrant children.

Immigration experts say the current border surge is primarily composed of migrants from Central America, as opposed to Mexico.

“The crisis is something that emanates from years of ignoring the needs in these countries that are south of the border,” he said on Inside Texas Politics. “This President [Biden] has said that he needs $4 billion to get to the root cause of these problems. I think he probably needs more than $4 billion to be quite candid.”

The congressman said he’s been to Central America and has seen the deep-rooted problems first-hand.

Bill aims to make it easier to receive a protective order

The Democrat told Inside Texas Politics that her legislation, the Lavinia Masters Act, has helped decreased the rape kit backlog by 80%.

She's aiming for the same success in 2021, though she knows it won’t be easy with other top legislative issues, including the pandemic, winter storm power crisis, and massive Texas budget shortfall.

This session, the Democrat is leading the effort for more funding.

Neave has introduced legislation that would lengthen the statute of limitations to report workplace sexual harassment. Another of her bills, HB 39, would make it easier for people to receive protective orders.

State Sen. Paul Bettencourt scoffs at suggestions that the spate of election reform bills being debated in Austin are an attempt to disenfranchise Democratic voters.

There is no need for that, he says, because the GOP not only won in Texas during the 2020 election, they won big.

“We had record turnout, highest level and also the best percentages of turnout in 30 years. So, these criticisms aren’t based in fact,” he said on Inside Texas Politics.