"It opens it up to just about anybody... to just strap on a pistol and go about their merry way carrying the gun," said Constable Tom Selman. 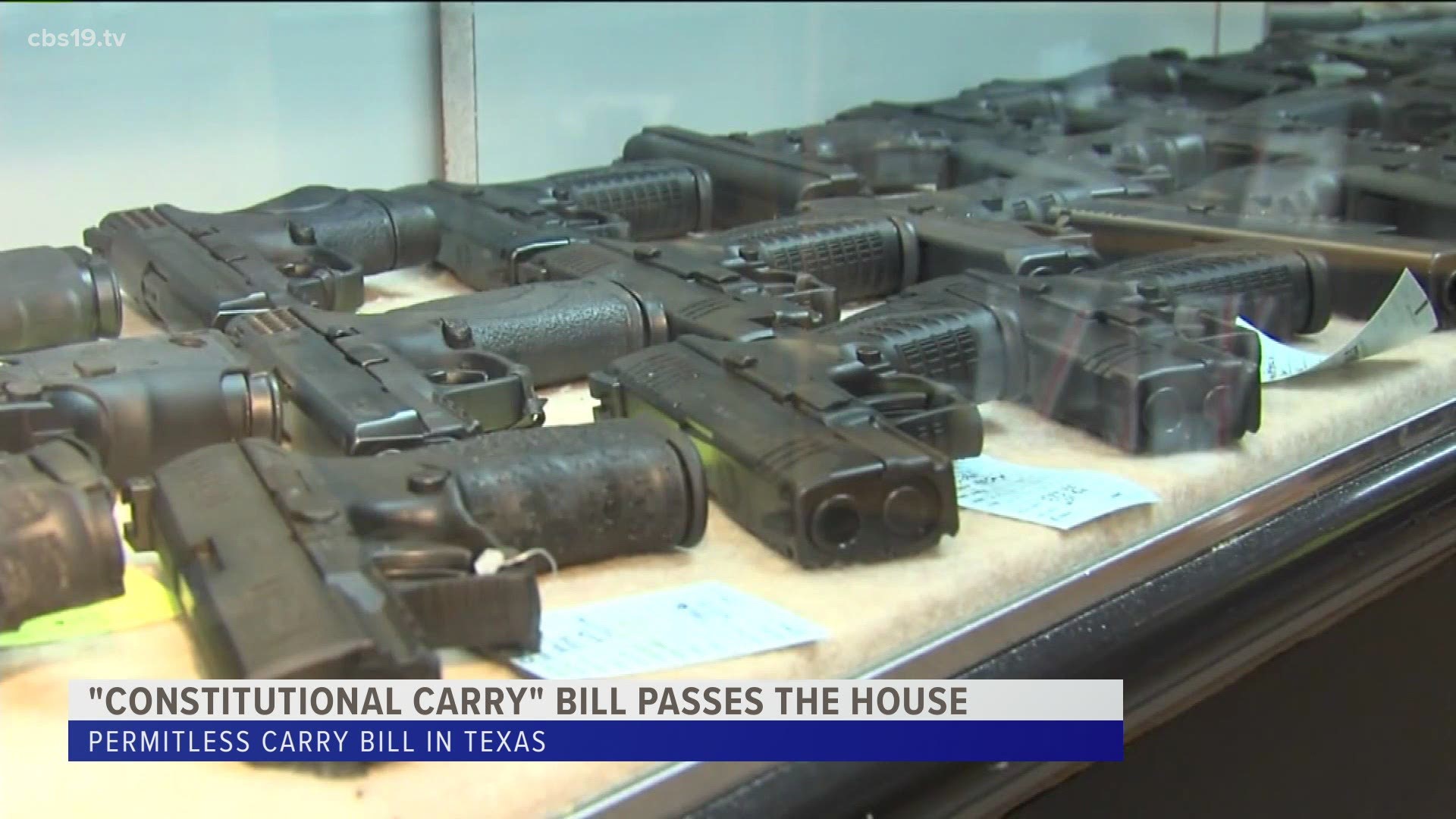 TEXAS, USA — If House Bill 1927 becomes law, Texas would become the 14th state to implement a bill also known as the "Constitutional Carry."

"It opens it up to just about anybody, no matter what level they are informed of the law, to just strap on a pistol and go about their merry way carrying the gun," Tom Selman, Precinct one Constable for Angelina County said. "And no one will have assurance that that person is trained, or that that person is proficient in the operation of their weapon.”

He says he’s all for the right to bear arms, but not like this.

“If one really feels like they need to carry a weapon for their protection, then why not go through this training and demonstrate proficiency become up to speed on what the laws are regarding the use of force use and discharging your weapon? Those that don't understand this are asking for trouble,” he said.

What would change is, any adult in Texas without a criminal record barring them from having a gun would be able to have one. They'd no longer need to pass a test after doing between eight to 12 hours of classroom and range work.

“There's been a lot of conversation about the use of deadly force by officers lately… And so the call is on for officers to have more training and whatnot," Selman said. "But then now we're going to take the general public, and we're going to throw them out there with no training, and no demonstration of proficiency.”

Fifty-nine percent of Texas voters oppose the bill while 34% would like to see it become law according the University of Texas and the Texas Tribune. With the house having already passed the bill, all eyes are on the senate.