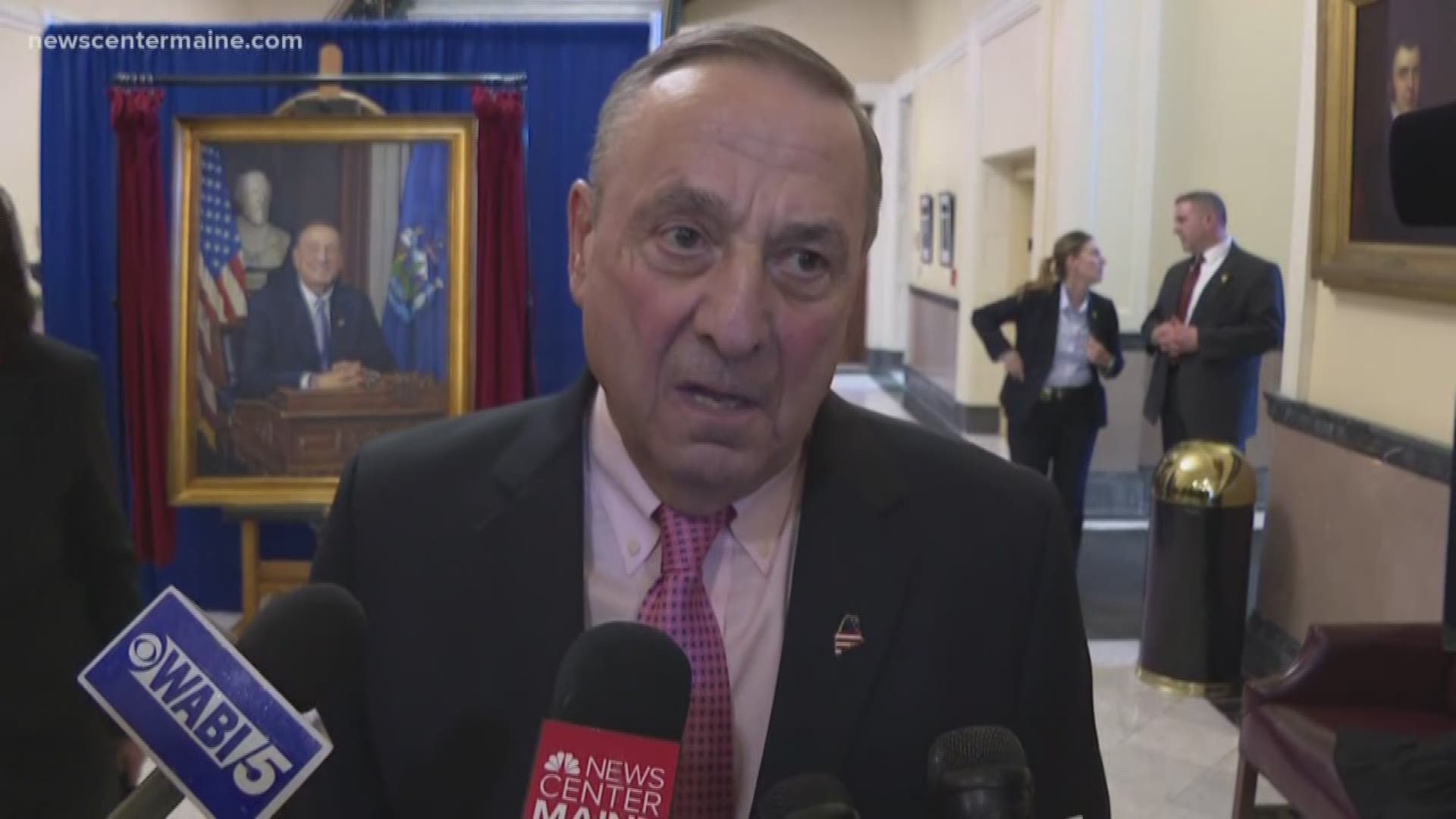 Maine's Republican governor has cast more doubt on a recent congressional election, which the losing GOP incumbent is seeking to nullify in a federal lawsuit that challenges the constitutionality of the state's new voting system.

Poliquin filed an appeal in his suit Tuesday, after a federal judge last week rejected his request to nullify the election's outcome and either declare him the winner or order another election.

The ranked-choice system, approved by voters in 2016, allows voters to prioritize candidates. It comes into play when no candidate gets 50 percent of the votes. The second-choice votes of voters whose first choice is eliminated get reallocated.

Poliquin is asking courts to prevent Maine from certifying an election winner. Democratic Secretary of State Matt Dunlap sent the certificate of election to the House, but LePage has declined to sign it.

But the maneuvering from LePage and Poliquin could be moot. Dunlap said it's up to the House whether to seat Golden on Jan. 3.

"Under the U.S. Constitution, it is now up to the U.S. House of Representatives to determine, when it convenes on Jan. 3, 2019, whether to seat Jared Golden, who is the undisputed winner of the ranked-choice voting tabulation," states a brief filed Wednesday on Dunlap's behalf.

Poliquin and the other plaintiffs, who are three 2nd Congressional District voters, filed more court papers on Thursday in which they accused Dunlap of "unlawful gamesmanship" by certifying the election. They wrote that they feel Dunlap has "taken it upon himself to usurp the governor's legal authority."

State law says LePage may not issue an election certificate while an election is being contested in court. But Dunlap's filing argues that law refers only to elections in which a state court is resolving disputed or challenged ballots under a recount.

Dunlap's attorneys have argued the House can still sit Golden even if he lacks a certificate of election signed by both Dunlap and LePage. The House once voted to seat a Maine congressman who lacked an election certificate because the governor and Executive Council were deadlocked on recount results, according to Dunlap's brief.

The filing makes the case that Mainers in the 2nd Congressional District would be harmed if the courts prevent Golden from being seated pending the outcome of Poliquin's appeal.

"On Jan. 3, 2019 and every day thereafter that Congress remains in session would constitute irreparable harm to those citizens if they are not represented and is contrary to the public interest," the court papers said.

Poliquin had also requested a recount in the race, but later asked state officials to end it. Dunlap said Thursday the recount cost a little more than $14,500, which Poliquin must pay under state law. Poliquin has already submitted a $5,000 deposit.