Neighbors say this is the first election cycle where it's ever gotten this dirty. 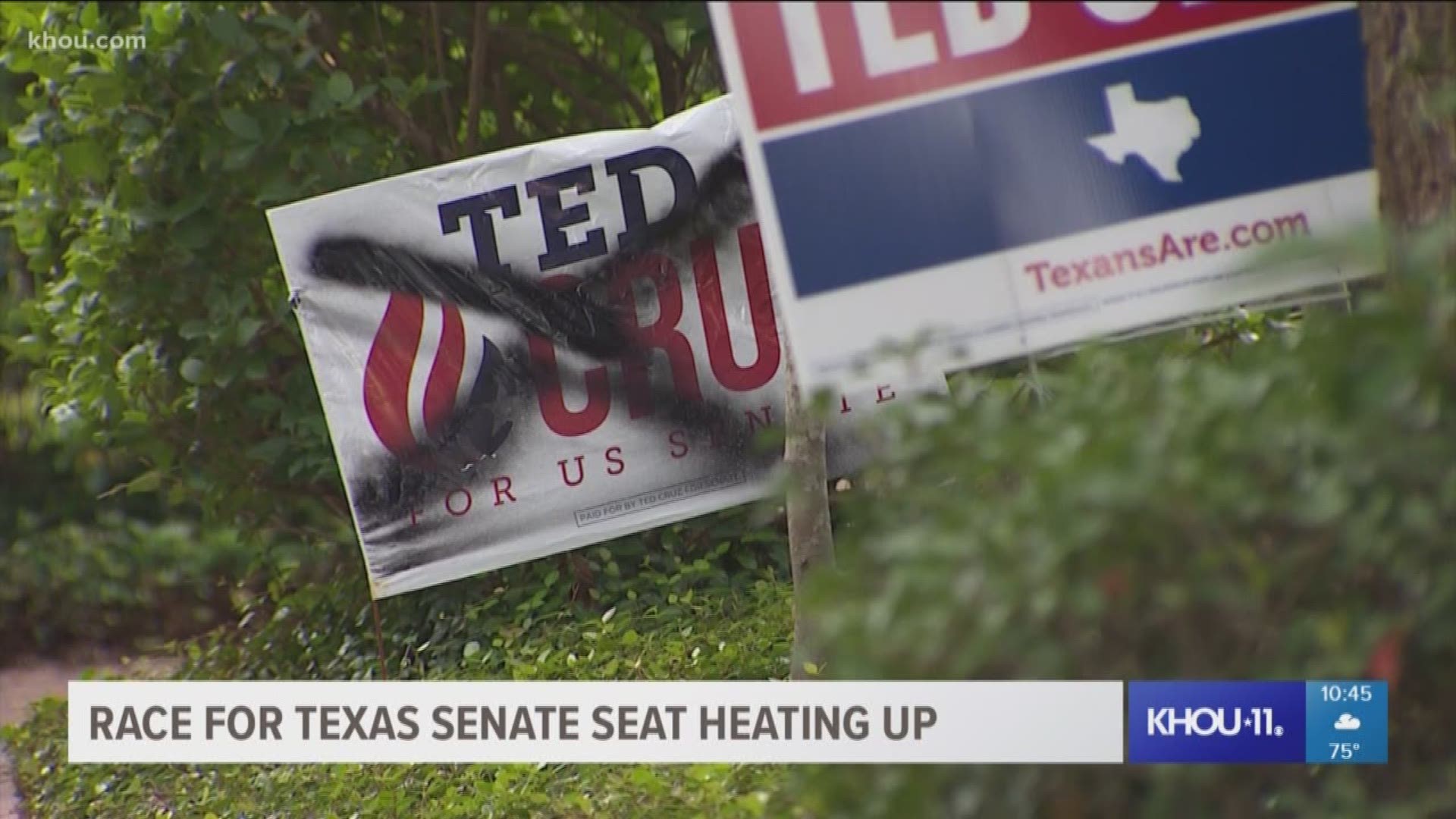 HOUSTON — The race between Congressman Beto O'Rourke and Sen. Ted Cruz is a heated battle.

And in this west Houston neighborhood, somebody is making clear whose side their on. He or she is going around and spray painting Cruz campaign signs like this one.

The race between @SenTedCruz and @BetoORourke keeps heating up. Now someone is going through this west #Houston neighborhood spray painting over Cruz campaign signs. It's the second time its happened in this neighborhood in three weeks. #KHOU11 pic.twitter.com/bRNr8qaGG2

"I don't know who's taking the time to do that," said homeowner Loyd Wright.

For the second time in three weeks, Wright's political voice was silenced by someone with a can of spray paint.

"I'm too old to be angry about something like that," Wright said. "But someone did trespass. I thought it was petty, trivial and juvenile."

He's one of at least half a dozen neighbors proudly supporting Cruz's re-election - neighbors whose signs have also been vandalized.

"I'm not someone who wants to back from something when I'm challenged," said Wright.

If you drive around Briargrove you'll spot political signs in most yards. It's a subdivision with diverse political leanings.

"You look down the street and sometimes you say to yourself I wish they wouldn't have that Beto sign," said Wright. "I wish they were here with me on the Republican side but that's just the nature of politics.

Neighbors KHOU 11 News spoke with say this is the first election cycle where it's ever gotten this dirty.

"There is now some reluctance to put up signs," said Wright.

"My gut tells me it's probably teenagers," he said.

Stealing or defacing a political sign in Texas is against the law.

Most of the homes with Cruz signs that were vandalized did not have surveillance cameras, but at least one home on Potomac did. KHOU is still working to confirm if anyone was captured on that camera system.