Raul Camacho said he is doing this as a response to Gov. Greg Abbott's order that limits each county to one ballot drop-off location. 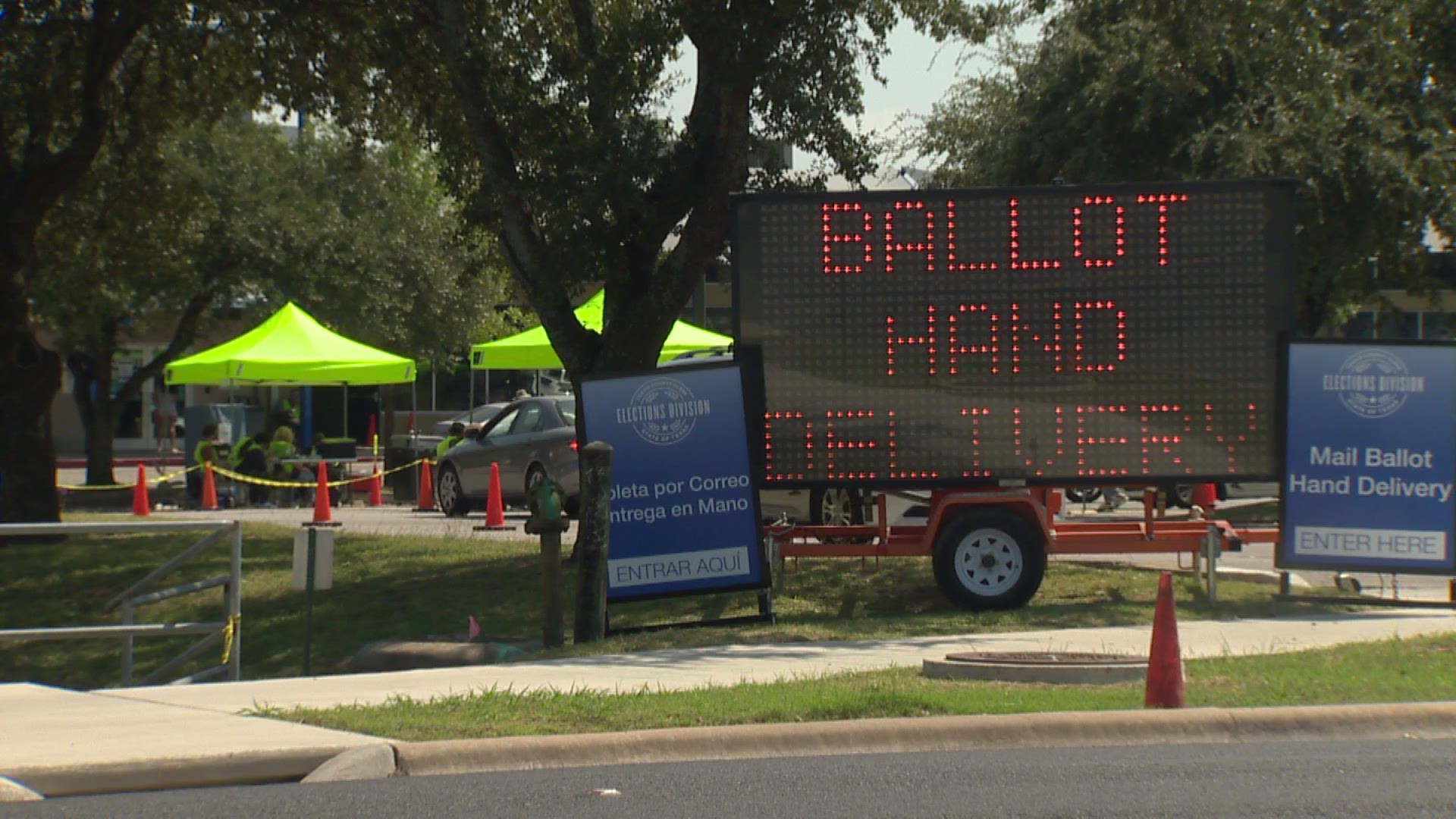 AUSTIN, Texas — With the Airport Boulevard location as the only Travis County location for mail-in ballots, election workers have been ready to take drop-offs.

But getting there won't be easy for 64-year-old, Freddy Martin. He's a stroke survivor, on dialysis treatment three times a week and he doesn't drive.

As the owner of Silver Lift, a rideshare company for seniors and the visually impaired, Raul Camacho, takes Martin to the hospital every week.

"It's sad. I think it's shameful. It's unfair and it's just un-American," Camacho said.

Now, Camacho wants to drive seniors, like Martin, for free, to make sure their votes are counted.

When he heard about Gov. Greg Abbott's executive order last week that limited absentee drop-off locations to just one in each county, Camacho said he couldn't believe it.

"To me, that's just unfair. I mean, you saw earlier where we picked up this one customer. It took us about 40 minutes to get here, you know? And a lot of times these people can't afford Uber or Lyft or taxi," Camacho said.

After Abbott's order, some Texas voters could have to drive hours to drop off absentee ballots

According to Google Maps, it's about 17 miles from Martin's house in East Austin to the ballot drop off location at 5501 Airport Blvd. in Central Austin. Add in traffic and it could take a while to get there.

Camacho said that travel time is too much of a burden for seniors.

As a member of the League of United Latin American Citizens, or LULAC, he's asking for volunteers.

"You know, we can do it. It doesn't take much at all, it just takes an effort for someone to say, 'Hey, look, we want to do this because we know this is right,'" he said.

Because every vote counts, especially in this election.

Camacho said Silver Lift prices are 15% lower than Uber and Lyft. He said he started Silver Lift in 2017 as an LLC but changed it to a nonprofit in April of 2020.

Despite losing 80% of his business during the pandemic, Camacho said he feels offering free rides to seniors is important.

"There are so many people out there that cannot afford to drop off their absentee ballots at one location," Camacho said.