Walmart ended its partnership with Dean Foods in 2017. 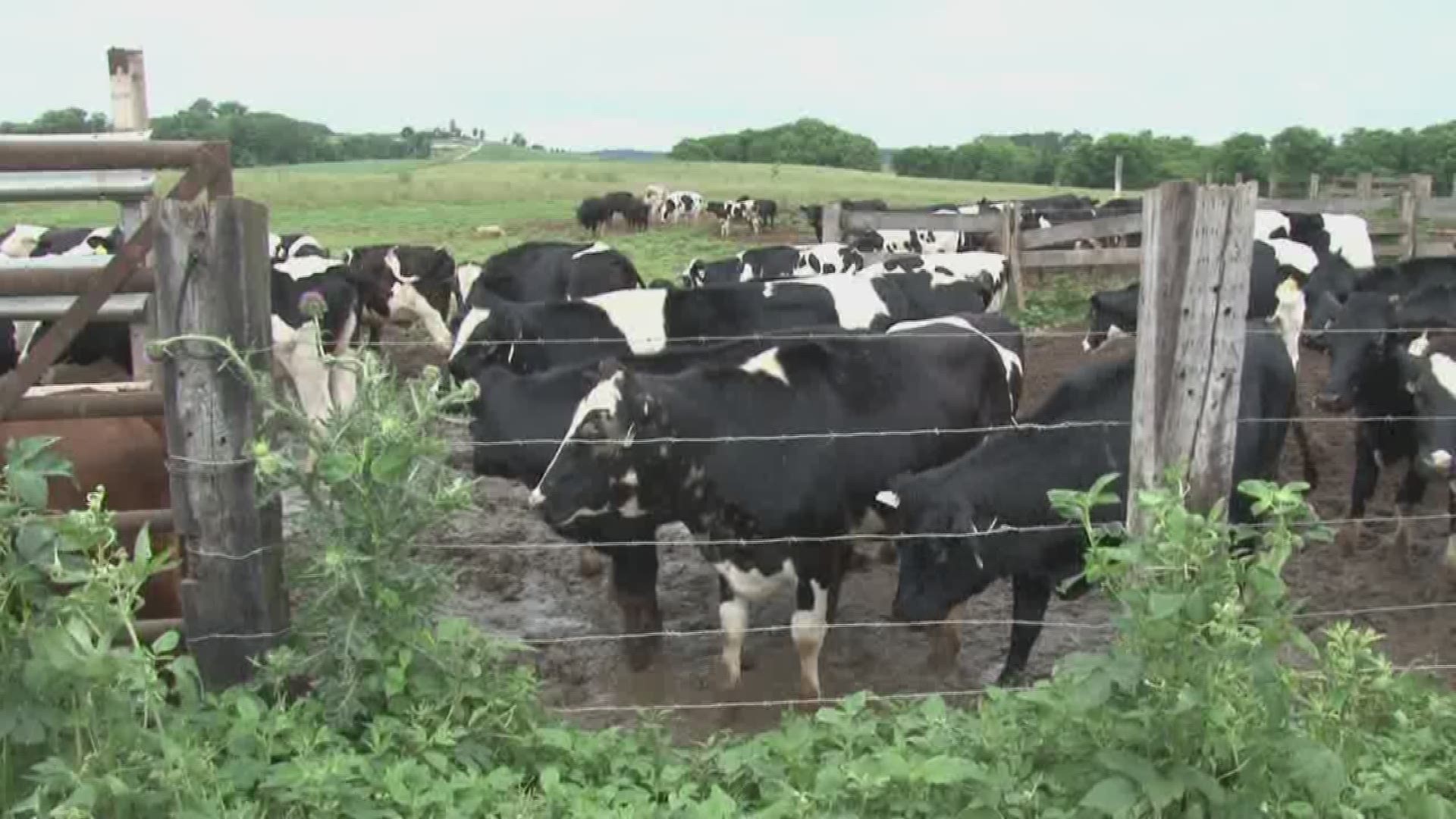 DALLAS, Texas — *Editor's Note: The video above is from a previous story about the struggles of dairy farmers.

The Dallas-based company produces dairy products under a number of brands across the country including DairyPure and Oak Farms. Dean Foods also has transportation hubs in three East Texas cities: Tyler, Longview and Lufkin.

RELATED: No. 1 milk company declares bankruptcy amid drop in demand

In 2017, Dean Foods lost a long-running partnership with Walmart, who began processing its own milk.

"Anti-competitive actions like this one by Walmart cut the throats of American ag producers and hurt family farms and ranches," Gilbert said on Facebook. "Without a DOJ investigation, what is to stop Walmart from opening their own cattle ranches, owning their own feed lots, slaughterhouses, and hurting our beef producers even more than the existing monopolistic feeder system is?"

Gilbert used the opportunity to attack potential opponent, Rep. Louie Gohmert, accusing him of being in the retail giant's pocket.

"Of course, my opponent stands by and watches, because the Walton family and Walmart helped put him in Congress," Gilbert said. "I'm calling on him to return his money from the Walton family, too. Why is he taking cash from the company that helped cut the throat of dairy producers in our district and farmers nationwide."

Meanwhile, CBS News reports Dean Foods is in talks with Dairy Farmers of America, Inc. to potentially purchase the company.