We broke down what the Texas Constitution amendments will do. 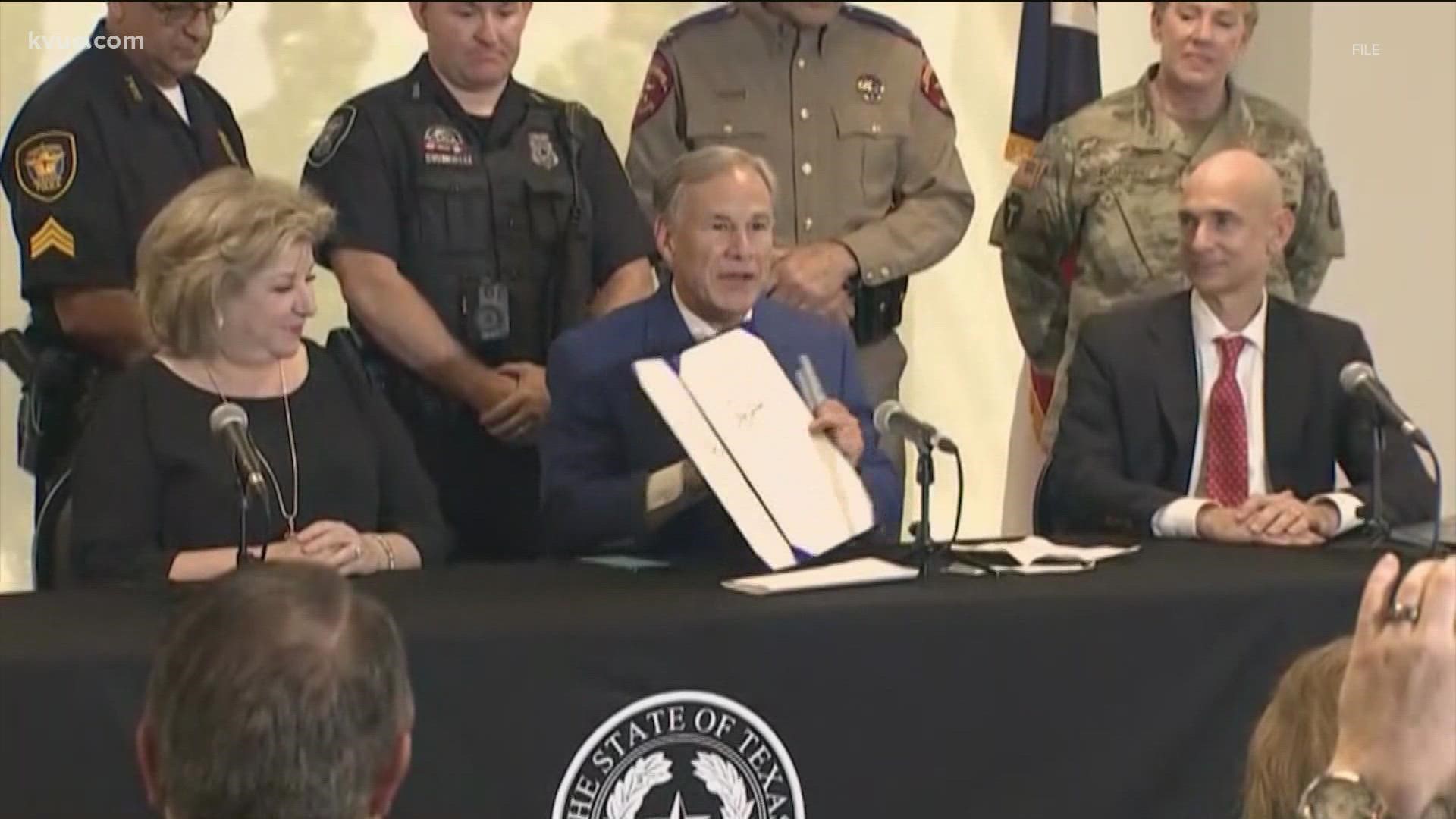 On Election Day, Nov. 2, Texas voters saw eight state propositions on their ballots. Each was a proposed amendment to the Texas Constitution and, as usual, voters had the opportunity to vote “for” or “against” each of them. All eight passed.

A spokesperson for Abbott's office said Proposition 2 was not included in the proclamation due to an ongoing lawsuit over the item's ballot language.

All of the potential amendments originated in the Texas Legislature because the state constitution cannot be amended by citizen-led ballot initiatives or petitions. Because of this, Texans vote on amendments in the fall of odd-numbered years, following the spring legislative session.

Below, you can find breakdowns of what each proposition on your ballot would do if it is passed, some of the arguments for and against each and the preliminary election results.

November 2021 election: What you need to know before voting

What is Proposition A on Austin's November ballot?

According to the League of Women Voters of Texas (LWV), a nonpartisan organization, arguments for passing this prop are that many other professional sports charitable foundations – including those for the NFL, NBA and MLB – are already allowed to hold raffles. Meanwhile, those against the amendment say that raffles are another form of gambling and that, if authorized, this form of gambling could eventually be extended beyond professional sports to other types of organizations.

Prop 1 passed with 84% of voters casting their ballots for it and 16% against it.

Currently, the Texas Constitution allowed the Legislature to authorize cities to issue bonds or notes to pay for the development or redevelopment of transportation or infrastructure in "unproductive, underdeveloped or blighted areas." This amendment would add counties to the political entities that can issue bonds or notes for that purpose and to pledge increases in property tax revenues to repay those bonds or notes.

However, if a county issues bonds for transportation improvements, the county may not allocate more than 65% of the property tax increases annually to repay the bonds nor use the bond proceeds to finance toll road construction, operation, maintenance or right-of-way acquisition.

According to LWV, those for this amendment argue that it simply allows counties the same authorization cities and towns already have; that development or redevelopment of transportation infrastructure can increase property values; and that with the state's growth, such development is needed.

Those against the amendment say it could expand debt, which might raise local property taxes; that the state's local debt ratio per person is too high and issuing these bonds "ties up future funds for debt reservice payments;" and that transportation and infrastructure projects could use money that might go to other government services and projects.

Prop 2 passed with 63% of voters casting their ballots for it and 37% against it.

This amendment would add a new section to Article 1 of the Texas Constitution, or the "Texas Bill of Rights," and would prohibit state or local governments from prohibiting or limiting religious services. This proposed amendment is in response to certain restrictions put in place during the COVID-19 pandemic.

LWV says that supporters of this amendment argue that closing churches violates the religious freedom guaranteed by the U.S. Constitution. Opponents of the amendment say that it could prevent local governments from enforcing safety measures during natural disasters.

Prop 3 passed with 63% of voters casting their ballots for it and 37% against it.

This amendment would change the eligibility requirements for judges to run for office.

Currently, a candidate for the Supreme Court, Court of Criminal Appeals and regional Courts of Appeals must have been a practicing lawyer for at least 10 years or a practicing lawyer or judge of a court of record for a combined total of 10 years. This amendment would add the requirement that the candidate be licensed in the State of Texas for at least 10 years and defines the court of record as a state court or county court established by the Legislature. Additionally, during the 10-year period, the candidate's law license must not have been revoked or suspended.

Currently, a candidate for state district judge must be a U.S. citizen licensed to practice law in Texas and have been a practicing lawyer for at least four years, or a practicing lawyer or judge of a Texas court for a combined total of four years. This amendment would add the requirement that a district judge candidate be a Texas resident and would change the four-year requirement to eight years. Again, during that period, the candidate's license must not have been revoked or suspended.

According to LWV, those for the passage of this amendment say that increasing the experience requirement for district court judges could result in a better qualified Texas judiciary. Opponents say the additional years of experience the amendment would require could adversely impact the diversity of candidates and judges and would restrict the size of the eligible pool of candidates.

Prop 4 passed with 59% of voters casting their ballots for it and 41% against it.

Right now, the State Commission on Judicial Conduct accepts complaints against, and investigates and takes actions concerning, alleged misconduct by judges who are currently in office. This amendment would extend that power to judicial candidates as well.

Prop 5 passed with 59% of voters casting their ballots for it and 41% against it.

During the COVID-19 pandemic, family members and other caregivers were restricted from access to nursing homes and similar facilities. This amendment would allow a resident of such a facility to name a person as their essential caregiver and visits from that caregiver would become the resident's constitutional right.

According to LWV, supporters of this amendment point to the positive effects visitation can have on individuals in group care. Opponents say the amendment takes away the ability of public health and certain government officials to restrict access to such facilities in order to protect the residents and staff.

Prop 6 passed with 88% of voters casting their ballots for it and 12% against it.

If passed, this proposition would update the Texas Constitution to allow surviving spouses of disabled persons a limit on school district property tax. Currently, the limitation is provided to homeowners over the age of 65 and to disabled persons. Under the proposed amendment, the spouse must be at least 55 when the disabled person died and still live in the home to be eligible.

In 2019, the Tax Code was updated to allow this tax limitation for surviving spouses of disabled persons so, according to the LWV, supporters of this amendment say it would validate that state law that has already been passed and clarify that it's to be enforced. Opponents say the passage could reduce tax revenues for school districts and other taxing authorities and could lead to further property tax exemptions that could negatively affect schools in the future.

Prop 7 passed with 87% of voters casting their ballots for it and 13% against it.

At this time, the surviving spouse of a military member who is killed "in action" is entitled to an exemption from property taxes. The exemption is for the property tax on the market value of the spouse's residence homestead if they have not remarried.

This amendment would expand eligibility for the same exemption to spouses of members of the military who are killed "in the line of duty," rather than "in action." A death "in the line of duty" means their death was due to injuries not related to combat but still sustained as a result of their military duties.

According to LWV, supporters say this amendment would correct an oversight in the current law and that the additional surviving spouses it would include deserve the same benefit that the spouses already included currently receive. Opponents say the amendment will reduce tax revenues to school districts, counties, cities and special districts by lowering the property value because many more members of the military are killed in the line of duty than they are in action.

Prop 8 passed with 88% of voters casting their ballots for it and 12% against it.

To learn even more about the arguments for and against each proposition, click here.

'I think we're going to be OK,' mayor says in response to COVID-19 concerns at ACL 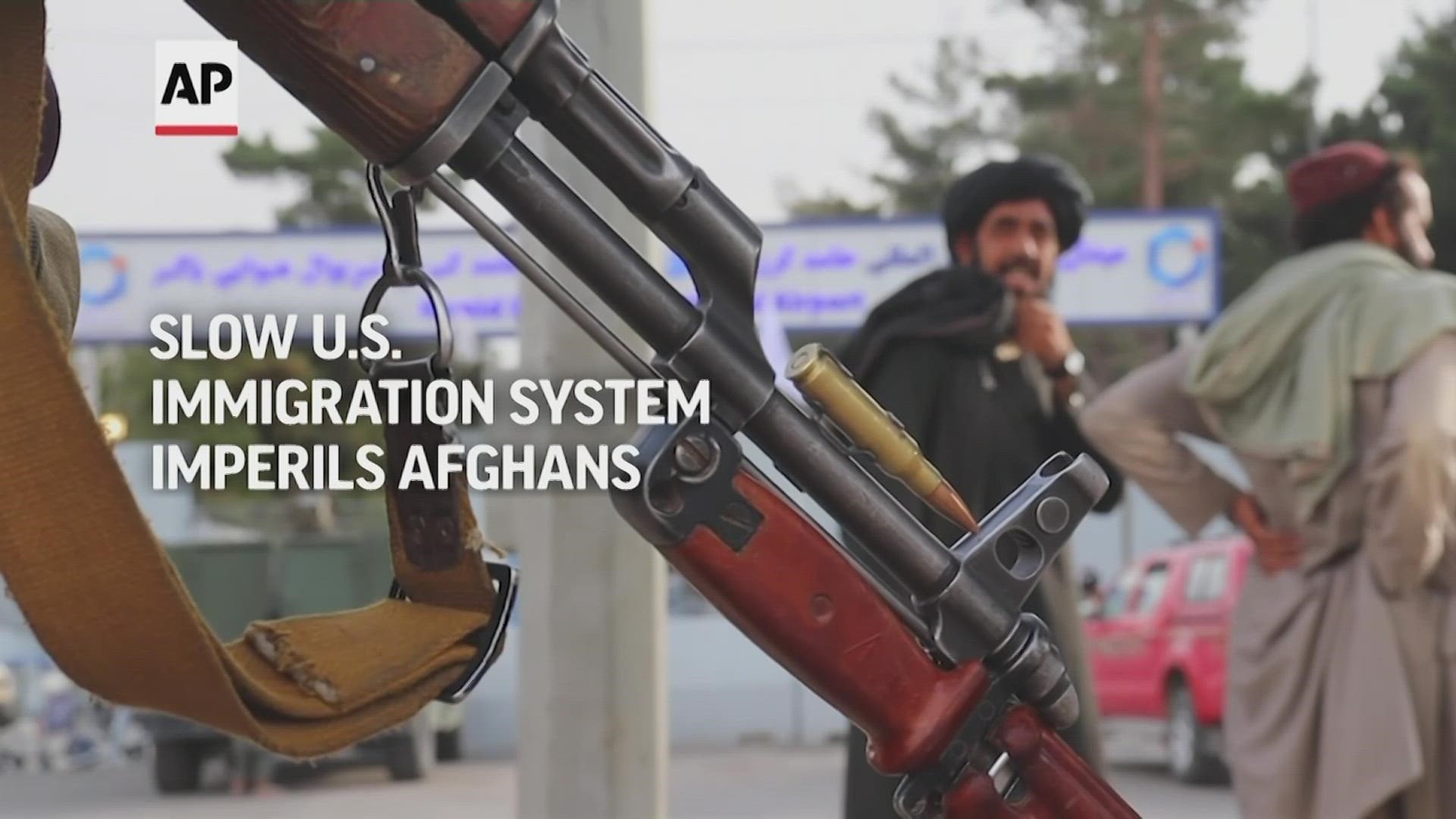