"Mike would have been very proud of her." Officers stage surprise for daughter of DPD Sergeant who was killed during July 7, 2016 ambush in Downtown Dallas. 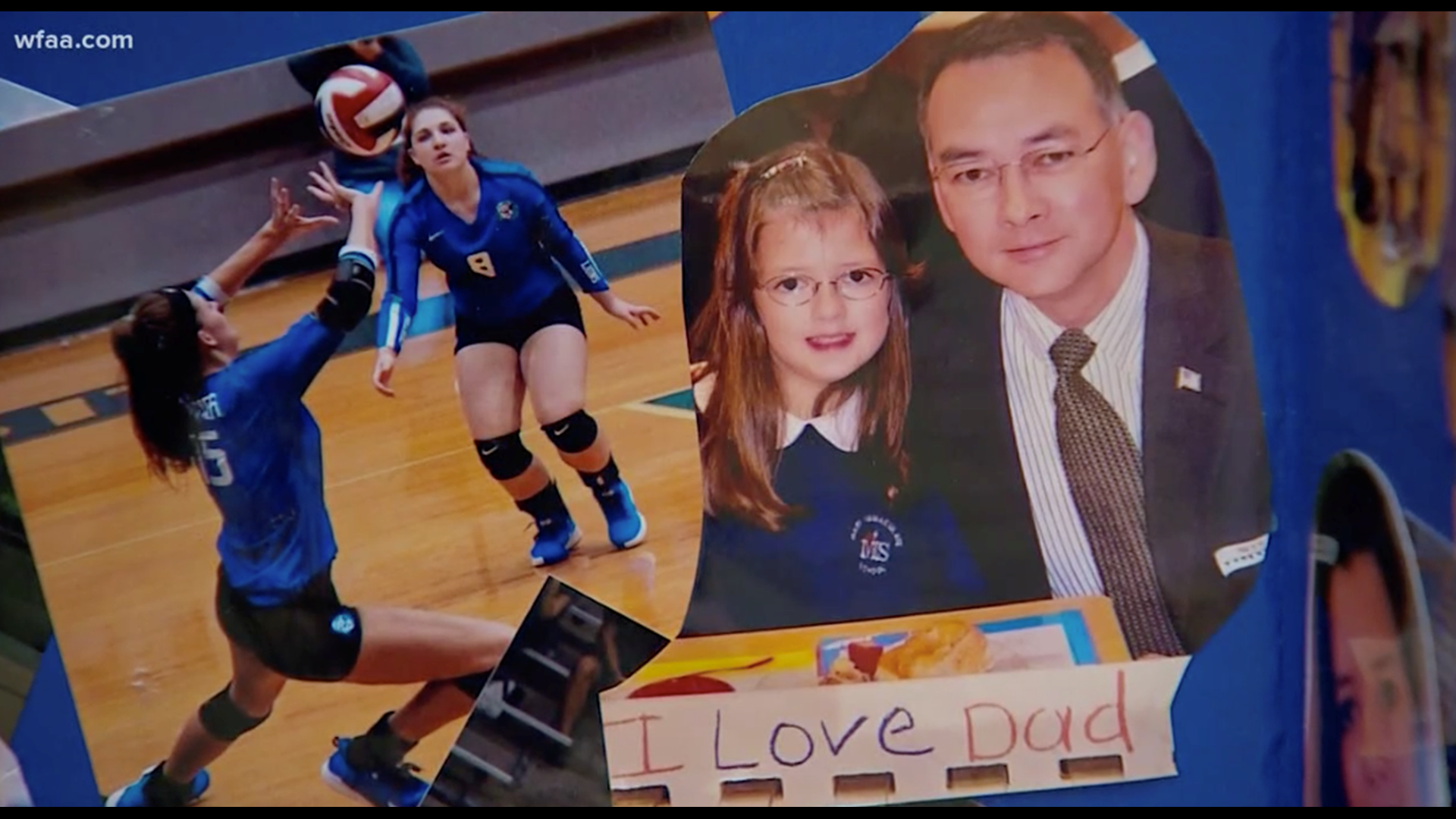 CARROLLTON, Texas — Senior Night for the R.L. Turner High School Lady Lions volleyball team was filled with surprises. The gymnasium was packed on Tuesday. Behind the scenes, a large group of officers from the Dallas Police Department were helping to plan a special moment for one of the team captains.

Det. Marcie St. John said, ”We are coming out here to basically show her support, let her know that her DPD family still stands with her.”

Nearly 60 law enforcement officers gathered in the gym to surprise senior Victoria Smith. Her dad was DPD Sgt. Mike Smith. He was one of the five officers killed during the ambush in Downtown Dallas on July 7, 2016.

Det. St. John explained, ”You know, back when this happened, she was scared. She was insecure.”

”I have watched Victoria grow into this extremely strong kid,” St. John explained.

RELATED: The night of July 7: 'Lord, be with the families of those police officers'

During a special moment before the volleyball game, the officers liked R.L. Turner’s gymnasium. They greeted each of the five Seniors on the team.

There were loud cheers as Victoria Smith’s name was called over the loud speakers.

Everyone joined in the surprise circle of support as she walked by each officer and took center stage.

”It’s huge,” said Heidi Smith. “It means so much to us that we do have the support that we have, because we have been through a lot."

Heidi Smith was emotional as she stood next to Victoria. The teen’s sister Caroline was also there to cheer her on.

”We’re just happy that Victoria’s gotten this far,” Heidi Smith explained. “She’s done a great job. She’s an incredibly tough kid, and this one is too. And they’re lost their dad, but their going to make it. They’re going to be just fine.”

The DPD officer say they’ll make sure Victoria knows she can always lean on her law enforcement family.

“Mike would have been very proud of her,” Det. St. John added.

The officers say their support will remain with Victoria as she prepares to move on to Austin College in Sherman, Texas.