When was the last time Texas lawmakers fled Texas to halt legislation?

Texas Democrats flew to Washington, D.C., to stop elections legislation. This isn't the first time this has happened. 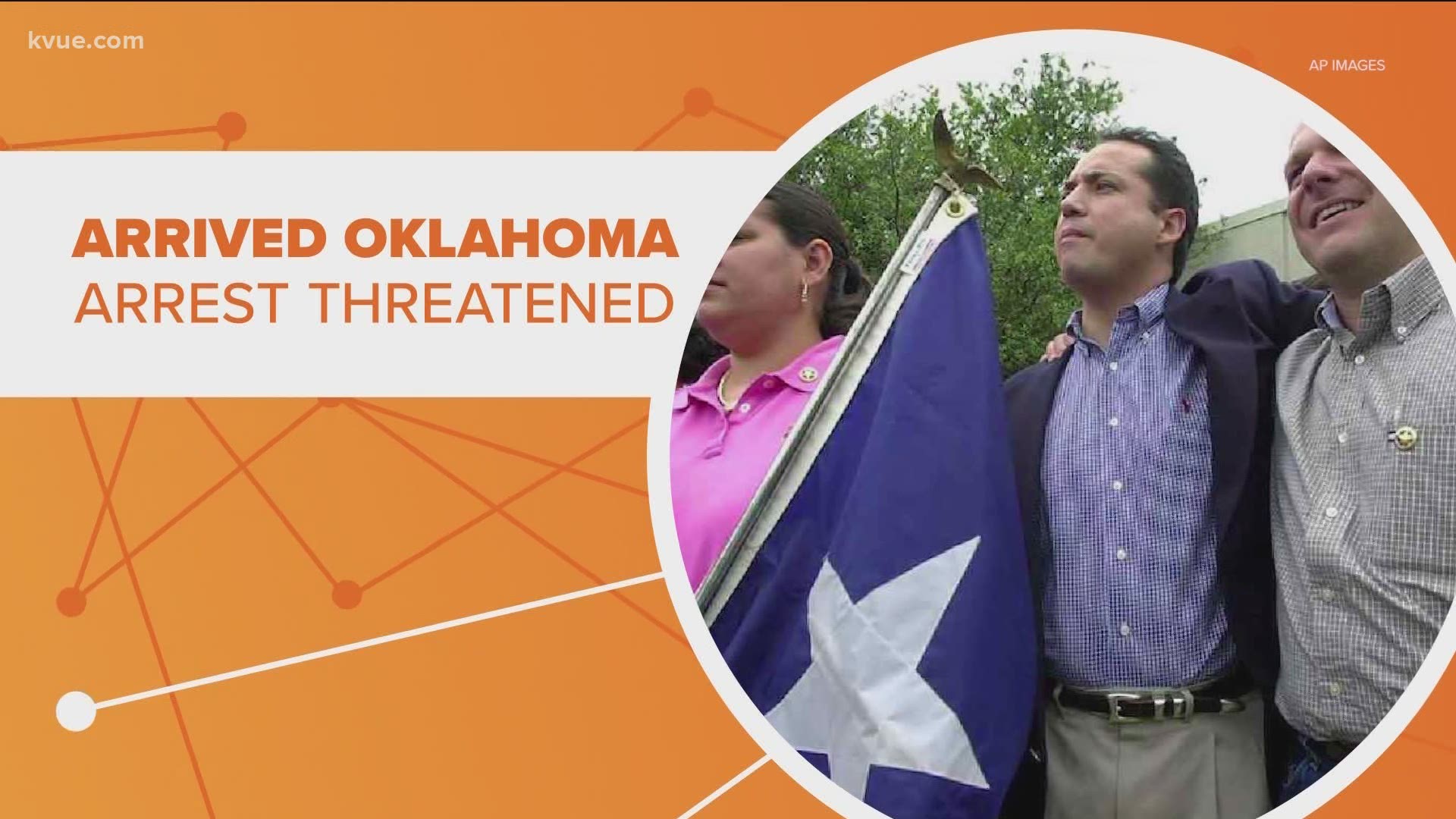 AUSTIN, Texas — Days after being summoned back to the Texas State Capitol for a special legislative session, Texas House Democrats fled the state in order to block Republican-backed election reform legislation.

And while it doesn't happen often, this isn't the first time Texas politicians fled across state lines amid legislative battles under the pink dome.

The last time Texas lawmakers went on the lam in another state was in 2003. Back then, the battle was over redistricting. Democrats were trying to block Republicans from redrawing congressional districts. In May 2003, as the Republican-led legislature prepared to convene, it became clear that almost all the House Democrats were gone.

Their absence meant there wasn't a quorum, which means there aren't enough lawmakers for a vote to be valid.

So where did they go? More than 50 House Democrats had fled to a motel in Ardmore, Oklahoma. Their Republican colleagues quickly voted for the Texas Rangers to round them up and arrest them. But the group crossed the state line before the Rangers could grab them. When the time for the bill expired, the Democrats returned to the Lone Star State.

But of course that is not the end of the story. Then-Gov. Rick Perry called a special session. This time, 11 Senate Democrats fled to New Mexico to stop the vote. But after a month-long standoff, Democrat John Whitmire blinked and returned to Texas. The redistricting plan passed.

Fast forward to July 12, 2021. More than 50 Texas lawmakers landed in the Washington suburb of Sterling, Virginia, to deny the GOP majority a quorum to pass bills. This comes barely a month after a walkout thwarted the first push for sweeping new voting restrictions in Texas, including outlawing 24-hour polling places, banning ballot drop boxes and empowering partisan poll watchers.

Gov. Greg Abbott told KVUE hours after they left, "they will be arrested."

The following day, the Texas House has voted to send for the lawmakers, possibly using arrest warrants, to get them back to the state.

One dead in northwest Austin shooting; two others injured